With a fortune of £160 million, Tony Laithwaite is one of the wealthiest people in the UK drinks trade, but you’d never know it from his humble nature. Over the last 50 years Laithwaite has built his business from a single Ford van making trips to France to supply his customers under a railway arch in Windsor to a multi-million pound company, Direct Wines, that includes The Sunday Times Wine Club and has franchises in Hong Kong and India. Celebrating 50 years since his first fateful trip to France, we caught up with Tony Laithwaite at his flagship Laithwaites store in Borough Market to hear his story first hand.

What motivated you to make that first trip to France in 1965?

Brigitte Bardot! I’m amazed it was 50 years ago. The world was such a different place then. The French way of life seemed so much more fun than life in England in the ‘60s with its café culture. My first job in France was on an archaeological dig in Sainte-Colombe in the Côtes de Castillon. The lodger I was staying with ran a wine co-op. I was sweltering in the sun and bored on the dig so I decided to work for him. Now my wife and I have a house in the village – I never left.

What inspired your love of wine?

My father drank wine and my mother was a cook. I was an only child and I ate very well. My dad’s office was in St. James’s close to Berry Bros & Rudd so he’d bring back bottles from there. Living in France was a great food and wine education for me. Bordeaux was a port city back then full of cranes and barrels of wine on the docks. The wine trade hadn’t prospered in a long time. It was dominated by merchants and hardly any châteaux bottled their wine at their estates – Mouton Rothschild kicked off that trend. Things changed a lot in the late ‘60s – you could get a bottle of Château Margaux for £20 back then. 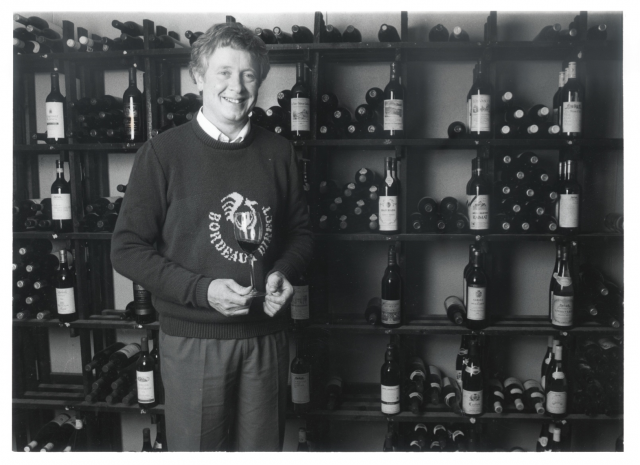 How did Bordeaux Direct come about?

No one would give me a job in France so I decided to start my own business. I wrote a letter and sent it to 100 people I found in the phone book about my new wine company inviting them to a tasting and explaining that I’d be selling the wine directly from France.

I got two responses out of 100. A number of producers in Sainte-Colombe clubbed together to buy me a Ford van so I could sell their wine direct and in 1970 I opened my first retail space under a railway arch in Windsor, which I paid £5 a week rent for.

What’s the story behind the Sunday Times Wine Club?

In 1973 The Sunday Times published an exposé on fraudulent wine. I wrote an open letter to the paper telling Times readers that they could trust the appellation controllée wines I was bringing into the country. That moment was a game changer for me and put us on the map.

I got bags full of mail from readers keen to buy my wine, which led to the formation of The Sunday Times Wine Club that Hugh Johnson became president of. The club brought in 10,000 new customers in a week and I ended up selling 3,000 cases of wine off the back of it. Having Hugh on board opened a lot of doors as he was so enthusiastic about the project and Jancis Robinson edited our publication Wine Times.

You seemed to have a thirst to travel in the ‘70s…

The mid-’70s were depressing times in parts of England – we only had enough electricity for three days a week. I decided to go to California in search of sunshine and new wines to bring back to England. It opened my eyes to wine tourism – every winery had a shop, they were very savvy back then. I wanted to travel everywhere, so I went on trips with Hugh to Australia, New Zealand, Bulgaria and Romania. Bulgarian wine was bloody good back then. The Australians were really friendly and open – they’d tell you everything. I had a great time there and we became Australian specialists. The wines still dominate our business today, along with strong offerings from France, Spain and Italy.

When did you start making your own wine?

In 1980 we planted our first three-hectare vineyard in Sainte-Colombe, which is now a 30-hectare site where we make Château la Clarière. We were one of the first to enter the English sparkling wine game in the ‘90s with a vineyard on a south-facing slope in Theale near Reading. Its chalky soils are very similar to Champagne. We’ve been selling Ridgeview since they started. I had an old bottle from the ‘90s recently and it was amazing, it tasted like Krug. Making good English sparkling wine takes a lot of time – the climate is that bit colder and the grapes are that bit sharper than Champagne. You have to be patient, but if you are the results are brilliant. My wife Barbara makes an English sparkler called Wyfold from a two-hectare plot in the Chiltern Hills, South Oxfordshire. 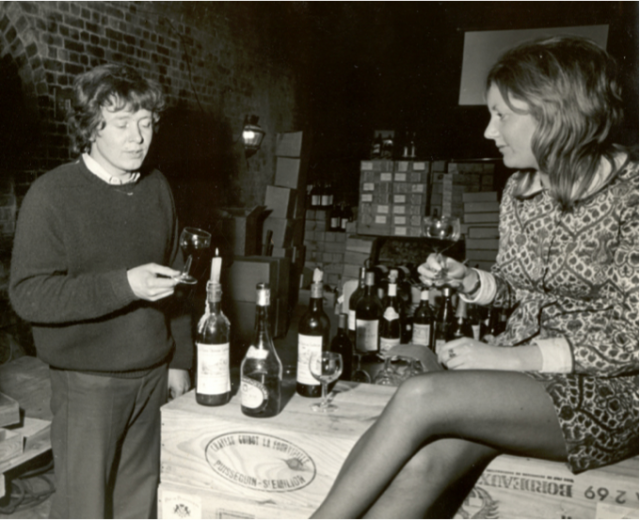 Tell me about your latest English Sparkling wine project…

The Duke of Edinburgh allowed us to lease five hectares in Windsor Great Park, which we planted with vines a few years ago. It’s a lovely site with a lake at the bottom. Our first release will be next year in time for the Queen’s 90th birthday and the wine is looking damn good.

There is still a lot of good land left to plant vines in the south of England. I think English sparkling wine is as good as Champagne quality now. It will be a while before we make money from it but we’re in it for the long haul.

Would you ever sell your business?

I get letters every week from people wanting to buy the company to which I send a sharp reply. I’d never sell but I’m passing on shares in the company to my three sons this December so they can carry it on. I can’t retire though, what would I do with myself? I’m still keen to explore new wine frontiers like China.

What do you consider to be your greatest achievement?

Aside from my three sons it’s still being in this business after 50 years.

What is your great hope for the future of the UK wine trade?

My great hope is that proper merchants take back their trade. It’s been assumed for far too long that wine merchants have been beaten by the supermarkets but I’ve always talked of a post supermarket age. The supermarkets have reduced wine to the same importance as a packet of biscuits. I think the future of wine lies in multi-channel retail – shops, online and mobile. Supermarkets are not an ideal place to buy wine – the overall experience isn’t good.

What’s next for you?

I’ve started writing my memoires – I’m putting down 2,000 words a week at the moment and have a publisher lined up.

What is the best bottle of wine you’ve ever had?

I had a 1945 Mouton once, which was rather good, but wine is an emotional thing so wines made by your friends taste better than anything else.