Sainsbury’s is on track for better than expected profits, it reported today, as it released “improved” Q2 results. 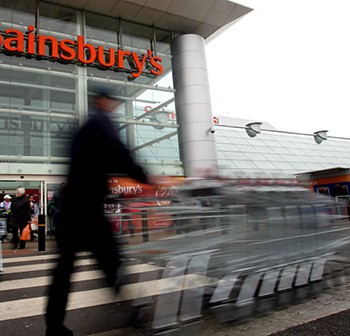 The supermarket reported retail sales of 0.3% in the second quarter of this year, which chief executive Mike Coupe indicated was proof its strategy was progressing well.

The UK retailer saw like for like retail sales (excluding fuel) fall 1.1% – which marked an improvement on its first quarter (-2.1%), helping to boost its half year figures to -1.6%. The multiple reported an improvement in its key trading metrics in the quarter, with both volumes and transactions up per customer. Falling basket sales had now stabilised, Coupe added.

“Whilst the market is clearly still challenging, with food deflation impacting many categories, we are making good progress on delivering our strategy,” he said.

This strategy includes the continued reduction of promotions in favour of lower regular prices, which Coupe said helped improve the accuracy of its demand forecasting, thereby boosting availability in store.

The latest grocery share figures from Kantar Worldpanel (22 September) showed Sainsbury’s had delivered the best performance among the ‘big four’ multiples in the 12 weeks to 13 September. It was the only one to hold even at 0.9%, in line with the overall market growing sales growth, and held its market share of 16.2%. This was partly helped by the continued expansion of its Sainsbury’s Local outlets, Kantar noted.