Consumers’ growing incomes in Asia are fuelling an upsurge in off-trade premium beer sales, according to a recent industry report. 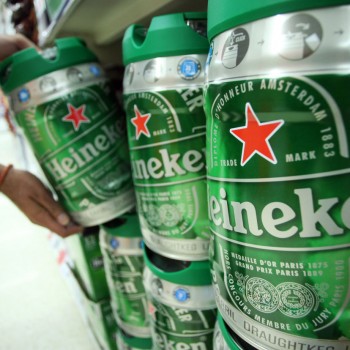 Transparency Market Research’s (TMR) report on the Asia Pacific beer market also pointed to the increasing number of convenience stores, retail outlets, bars and restaurants opening across the region as another key factor in the rise in beer sales.

The report covered all market segments of beer: economy, mainstream and premium and found that consumers buying beer to drink at home was a significant driver in the sales of premium beer as well as choosing more expensive Western brands to drink in restaurants – highlighting the popularity of well-known Belgian and Czech exports to China especially.

However, China and India’s huge populations who are experiencing an increase in disposable income as well as improving economies were the major contributing factors affecting beer consumption which could attract more interest from international businesses. If the proposed AB InBev/SABMiller acquisition takes place for example, the company would then have more than 40% of China’s beer market, said an article by the Financial Times.

Asia Pacific countries which were explored included: Singapore, China, India, South Korea, Japan, Australia, Indonesia and Vietnam. Despite some governments’ recent efforts to curb alcohol consumption – in the case of Indonesia and Thailand – the TMR report suggested that these restrictions “will not excessively hinder” the APAC beer market growth.