There used to be little sign of activity from the Port category outside an occasional vintage declaration, but in recent years that’s all changed and 2015 looks more crowded with new releases than ever before. 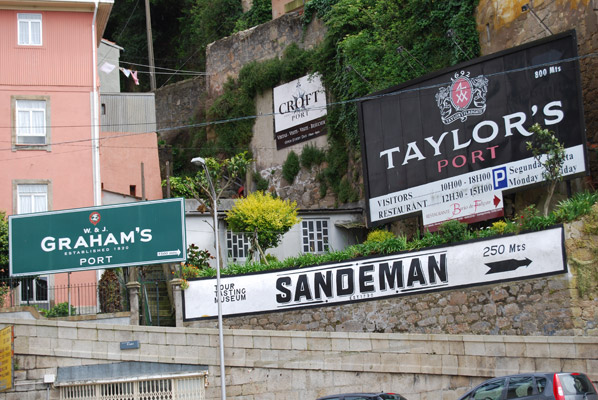 Much of this dynamism springs from two significant corners. Perhaps the most notable Port trend at the moment is this category’s exciting proliferation of seriously old tawny expressions, especially colheitas, which offer strong appeal for those in search of an anniversary gift from a specific year.

To add to the interest, this year will see the launch of the first ever tawny Port from one of the Douro’s most respected and ambitous DOC wine producers.

The second factor sparking the Port industry into life is the venerable anniversaries being celebrated in 2015 by several of its most famous houses. Throw in the fact that it’s also the 200th anniversary of the Battle of Waterloo, which saw allied forces defeat Napoleon, and there’s plenty of excuse for some rather special commemorative releases.

This time two years ago there was a loud buzz of excitement as house after house declared their 2011 vintage Ports to great acclaim. The 2013 harvest may not have generated the same level of activity in this category, but at the time of writing at least one very respected producer has stuck its head above the parapet with a declaration to keep vintage Port fans happy.

So if this year’s Bordeaux prices and quality don’t appeal, read on to discover 10 new Ports to look out for this year, with offerings for budgets great and small.

Since the regeneration of this historic estate under the Roquette family over the last 30 years, Quinta do Crasto has focused largely on its portfolio of high quality Douro DOC wines so the decision to launch its first tawny expression represents a major milestone.

Due for release in November, just in time for Christmas, 1997 will be the first in a planned series of regular colheita expressions from the house, which has expanded its Port production from just 7% of the business to around 12% – Crasto already makes reserve ruby, LBV and vintage styles.

“It’s a great wine,” promised winemaker Manuel Lobo de Vasconcellos. “If you’re in the Douro you have the obligation to make very very good Port wines.” 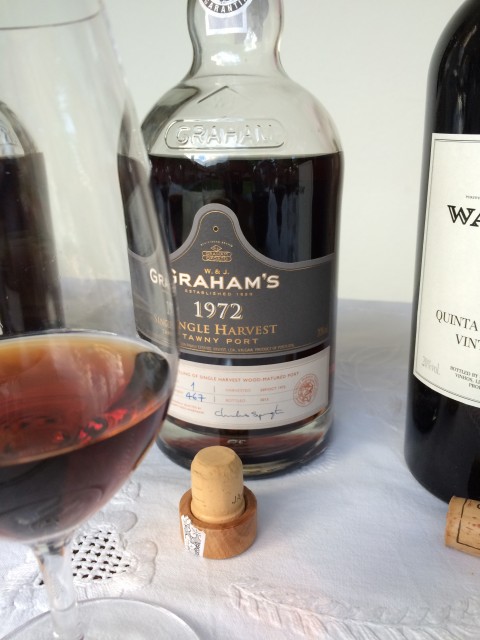 Following in the wake of its 1961 and 1969 releases, not to mention a Queen Elizabeth II Diamond Jubilee 1952 expression and a 1982 special edition to celebrate the birth of HRH Prince George of Cambridge, next month sees the launch of Graham’s 1972 Single Harvest Tawny Port.

The expression was the first single harvest, or colheita, to be laid down by the Symington family after their purchase of Graham’s in 1970. Now head winemaker Charles Symington has chosen nine casks of the 72, each containing 712 bottles, for this latest release.

Due to go on show at this year’s London Wine Fair, as well as the Big Fortified Tasting, Graham’s 1972 Single Harvest Tawny Port will carry an RRP of £220 per individually numbered bottle and is set for release at the end of May 2015. 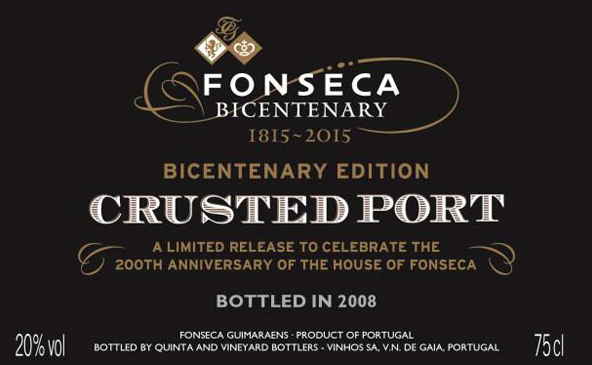 As part of a busy calendar of 200th anniversary celebrations this year, Fonseca has released a special edition of that often overlooked rarity in the category: crusted Port.

Laid down in 2008, the wine has spent four years maturing in large wooden vats before being bottled without filtration and aged for a further three years in bottle prior to release.

Sometimes referred to as “a poor man’s vintage Port”, crusted offers considerable maturity with scope for further evolution in bottle, all at a fraction of the price tag of vintage. This Fonseca edition has an RRP of £17 per bottle and 1,600 nine-litre cases were produced.

If the crusted release is all about celebrating Fonseca’s own anniversary, then this other limited edition expression, as its name suggests, is all about commemorating a battle that changed the course of European history.

Based on the house’s Bin No 27 Ruby Reserve the Waterloo Edition has been blended to offer “a full-bodied, robust and vigorous” style. It carries an RRP of £15 per bottle

As if this wasn’t a busy enough year for Fonseca, the house has also decided to become one of the few Port houses – for the moment at least – to declare a 2013 vintage expression.

Produced under the Fonseca Guimaraens label, which is usually kept for years that do not feature the most classic, intense and long aging Fonseca vintage port expression, the 2013 was unveiled last week on St George’s Day, the traditional release date for English-owned houses.

Head winemaker David Guimaraens highlighted the “exceptionally rich, powerful wines produced in 2013 prior to the rains of late September,” noting that the grapes used in this blend were among those picked during the first week of harvest.

Due to be shipped later this year, Fonseca Guimaraens carries a retail price of about £30 per bottle, but is also available in half bottles.

Not strictly a 2015 release as Taylor’s has decided to cellar this expression a bit longer than usual “to help satisfy market demand for mature single quinta Vintage Port”, it nevertheless deserves a mention as one of the few vintage declarations to be made this year.

As with the Fonseca Guimaraens, the key to success here lay in the fact that Vargellas’ grapes were the first to be harvested by the Taylor’s team, thereby escaping the late September rain that derailed any chance of a more widespread declaration.

No release date or price has yet been confirmed, but given that only “a small amount” of this expression was bottled and its extra maturation period, expect an RRP to reflect a special, rare release of Taylor’s most admired quinta. 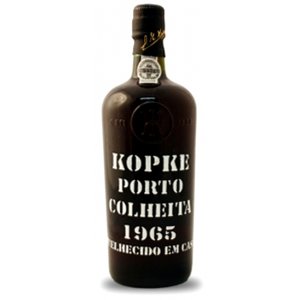 Claiming the title of the oldest Port house, Kopke prides itself on a strong range of colheitas, one of which is due to launch as a special edition in the second week of May 2015.

For the moment at least, Kopke is the only Port house to be offering this ideal solution for a wine lover’s 50th birthday present.

The release consists of around 1,500 bottles drawn from two casks that showed particular quality and were therefore kept separate before being bottled and boxed in special packaging as the latest addition to the dynamic trend for mature tawny Port releases. 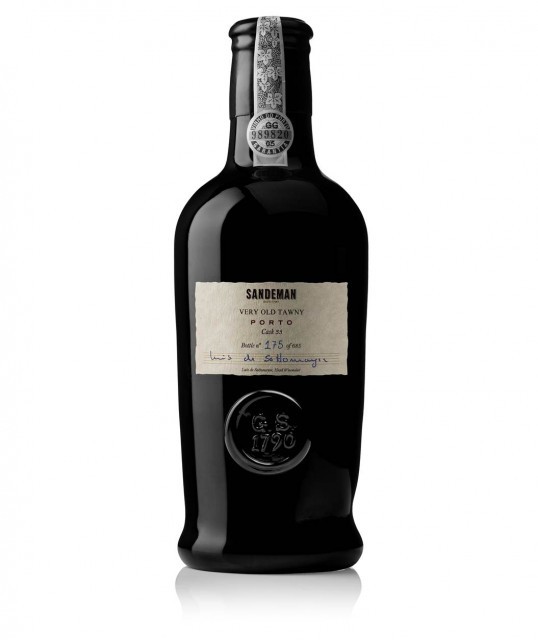 Celebrating an even older birthday than Fonseca (and let’s not forget Cockburn’s 200th anniversary either) is Sandeman, which is 225 this year and determined to mark the occasion in style.

In keeping with this venerable milestone, the house has released its first ever single cask of Very Old Tawny Port, from a blend that was laid down 70 years ago and has an average age of 600 months.

The 685 bottles of Cask 33 are each individually numbered and carry an RRP of £525, with Sandeman head winemaker Luis Sottomayor highlighting the expression’s “superb qualities that epitomises our style of tawny portos.” 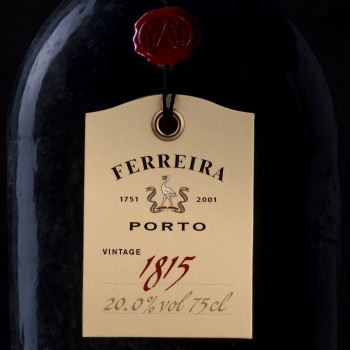 And finally, one for the serious collector. A high point of the Port industry’s Waterloo commemorations will be this 200-year-old expression, which is being auctioned by Sotheby’s in London on 7 May.

Dubbed “the Waterloo vintage” by the British, the 1815 is the oldest Port in Ferreira’s cellars and this is the first time that a bottle has been released for auction.

In keeping with the motto of its founder Dona Antonia Ferreira that “every person, no matter their place in society, should do all that is good for humanity”, brand owner Sogrape will donate all proceeds from the historic bottle to charity.