The International Wine & Spirit Competition announced joint winners of its Communicator of the Year 2015 award during the weekend’s Gala Dinner to launch Vinitaly. 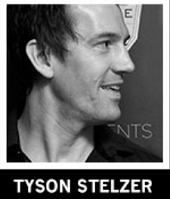 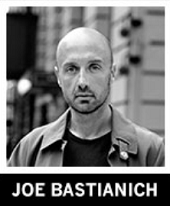 With judges unable to split two nominees, this year’s prize, sponsored by Vinitaly, is shared between Australian wine writer and presenter Tyson Stelzer and US restaurateur Joseph Bastianich.

Author of 14 wine books and a regular contributor to a number of high profile magazines, Stelzer responded to the “tremendous honour” of the IWSC award by noting: ”as a communicator I am but a voice for the great stories of the world of wine, and the true honour is deserved by those to whom these stories belong.”

As a result, he continued, “Winning this award will afford me greater voice to tell the remarkable stories of wine, particularly of Australia and Champagne, and to further the cause of saving under-age teens from alcohol abuse.”

Joseph Bastianich has not only co-founded 30 restaurants around the world, but also co-authored two books on Italian wine, acted as a judge on Fox’s Masterchef series and presented CNBC’s Restaurant Startup.

In response to this accolade he remarked: “I am honoured to have been nominated, and to have won this award which has seen a succession of big names in the industry over the years. This year, the satisfaction increases by sharing the prize with a communicator with the calibre of Tyson Stelzer, a great joy.”

Commenting on this year’s winning duo, IWSC general manager Ewan Lacey remarked: “Both Joseph and Tyson are worthy winners. They both have very different achievements in the drinks industry and are leaders in their field.”

Tyson Stelzer is due to host a tasting at Vinitaly today, Monday 23 March, titled: “The Wine Closure Debate, Same Wines, Different Closures, You Decide”, which takes place at 3.30pm at the Tasting Ex.Press, Sala Iris, Palaexpo, Ingresso A1.

To keep up to date with IWSC news, visit www.iwsc.net.