Beer for ‘invalids’ launched by BrewDog

BrewDog has launched a beer for “invalids and convalescents” inspired by a passage found in a medical textbook published in 1843. 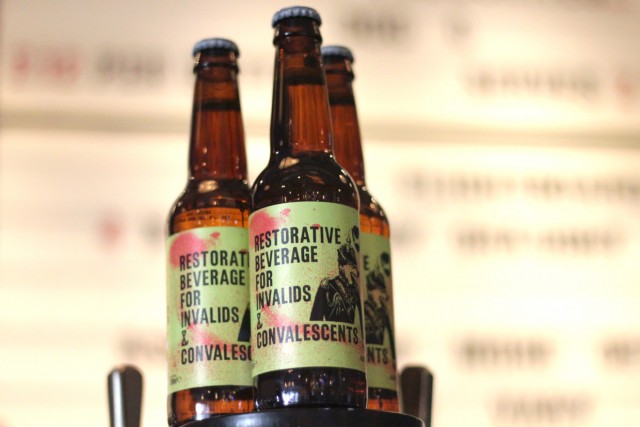 Described as the “biggest, baddest, most uplifting IPA we have ever made”, the 8.7% IPA is inspired by a 19th century medical textbook’s description of India Pale Ale, written by the so-called “father of pharmacology” Dr Jonathan Pereira.

In A Treatise on Food and Diet, published in 1843, Pereira describes the IPA style of beer as “carefully fermented, so as to be devoid of all sweetness, or, in other words, to be dry”

He continues to state that the style contains “double the usual quantity of hops” and therefore is a “most valuable restorative beverage for invalids and convalescents.”

Taking the description as their starting point, BrewDog mashed Marris Otter Extra Pale malt and sugar at very low temperatures and used a variety of hops known for their “intense bitterness”, including Citra, Amarillo and Centennial, in an effort to recreate the dry style of IPA described by Pereira.

BrewDog co-founder James Watt said: “BrewDog has always been inspired by the IPAs of the past, famed for the huge quantities of hops used to create bold and brash bitterness. With this beer, we have created a beer with such intensity that it is akin to injecting hops straight into your tongue with a needle. It’s the India Pale Ale in its purest form; pale, bitter and dry.”

The new beer will be available to buy from BrewDog’s online shop from today and available in its bars nationwide from 6pm on Friday 6th March.