An ex-cellar collection of Mouton Rothschild has made over HK$32 million (£2.75m) at auction in Hong Kong, double the pre-sale estimate. 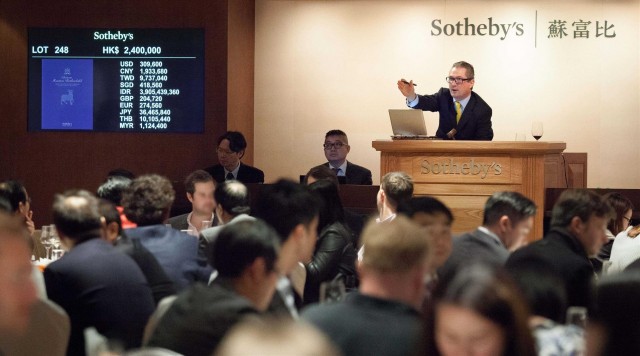 The consignment was the first Mouton has ever offered in Asia and was designed to capitalise on the Chinese lunar year of the ram – which falls on 19 February this year.

Philippe Sereys de Rothschild, the estate’s new chairman, was present at the auction with his brother and sister and said he was “especially thrilled” by the results.

Jamie Ritchie, CEO and president of Sotheby’s Wine for Asia and the Americas, said that the results achieved in the sale showed, “Asian collectors’ great appreciation of Mouton Rothschild and the perfect direct-from-the-property provenance.”