A Hong Kong bar has collaborated with English perfume house Penhaligon’s on a concept that matches cocktails to guests’ fragrance preferences. 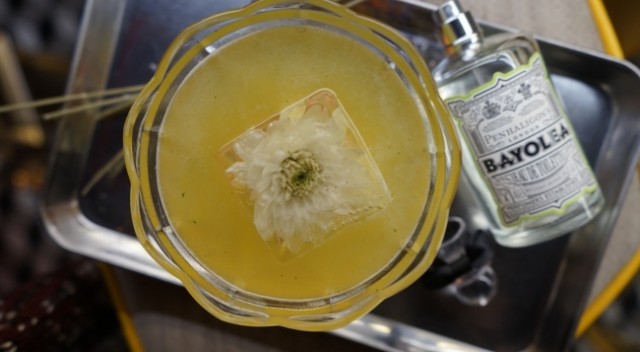 Highline on Wyndham Street is the brainchild of the team behind New York-style eatery Street Meat, with the bar located above the restaurant.

Guests are encouraged to present their favourite Penhaligon’s scent from a selection on show to the bartender, who will then craft a cocktail around the aromas found in the perfume.

Featuring a rotating residence of guest bartenders from around the world, food from Street Meat below can be ordered and sent up to the bar.

Last week, the Green Bar at the Café Royal hotel in Piccadilly launched a cocktail list inspired by the perfumes of French fashion house Givenchy.

The Atelier Collection, which went on sale yesterday, was devised by the hotel’s mixologist Tiziano Tasso and features seven cocktails that aim to mirror the notes in the different Givenchy fragrances.

Merging the worlds of perfume and drinks, Tasso created the cocktails around the base, middle and top notes of each scent, keeping the colour of the drink as near as possible to its corresponding perfume.