As Grenache plantings see global decline, one Master of Wine argues that the variety’s versatility, love of heat, disease resistance and “friendly” style make it worthy of greater attention. 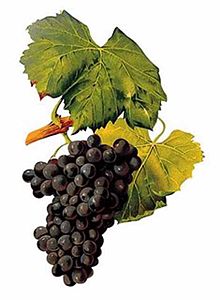 Presenting a collection of Grenache-based wines from all over the world, Alex Hunt MW, purchasing director at UK merchant Berkmann Wine Cellars, praised this variety as being “capable of eloquence in more than one language.”

Despite its historic presence in France, Spain, Sardinia (where it is known as Cannonau) and Australia, Hunt tracked the declining fortunes of Grenache since 1990, when it was the world’s most planted red variety after Airén, to being pushed down a place by Cabernet Sauvignon a decade later before being relegated further by 2010 behind Merlot and Tempranillo.

Nevertheless he suggested: “The future needn’t be bright quantity-wise for it to be very bright quality-wise.” Indeed, Hunt continued: “Now that it’s not as ubiquitous as Cabernet or Merlot, it’s got a bit more specialist, attracting growers who want to make a go of it.”

Highlighting the attributes of this variety, Hunt noted its ability to thrive in hot conditions, “so if climates around the world are indeed getting warmer then Grenache is going to be very important.”

He also noted the strong resistance of Grenache to wood diseases, which has resulted in “an amazing stock of old vine plantings,” while praising the variety’s versatility. “It makes better rosé than Pinot Noir, Cabernet or Merlot and it works staggeringly well as a fortified wine,” Hunt observed.

As for the grape’s stylistic appeal once in the bottle, he remarked: “It’s not an architectural wine; it’s a friendly wine, a wine of aroma. It doesn’t require a lot of new oak like Cabernet.” As such, he suggested that Grenache “is relevant for the modern drinker as an alternative to varieties that are more famous today.”

Looking to the corners of the world where Grenache has scope to play a bigger role, Hunt identified one particular gap in the Berkmann portfolio as he remarked: “I’d like to see that new wave of California Rhône winemaking coming to the fore.”

He also picked out the “good potential” for Grenache in South Africa, where plantings have risen slowly from around 40 hectares in 2000 to 188ha in 2010. In particular, Hunt noted the variety’s performance as part of a blend in Swartland, where “it’s working very, very well.”

Among the wines on show at the presentation was a collection from R&M Saouma, a recent addition to Grenache’s spiritual home of Châteauneuf du Pape having produced its first vintage in 2009.

Rotem Saouma pointed to a strong link between Grenache and Pinot Noir as she explained why she and her husband Mounir chose to focus on this variety and region as an extension of their high end Burgundy négociant business Lucien Le Moine.

“For us who are specialised in Pinot Noir the universe of Grenache is completely familiar,” she remarked. “The capacity of this variety is stunning. It’s accessible but it can age; you have power but lightness too.”

At the top end, however, Saouma drew a parallel with great Burgundy, insisting: “Like Pinot Noir, Grenache can be enjoyed young, but this is a grand vin – you don’t drink Châteauneuf because you are thirsty; it must be able to age.”

Drawing a distinction with other varieties in this quest for ageability, she outlined: “With Cabernet the skeleton is tannin, with Pinot it’s acidity and with Grenache you must have phenolic maturity. Grenache for us is about maturity; it needs the sun. Here in the south we have the sun, but in Châteauneuf we can balance this maturity with freshness. There is a lot of expression but it is not tiring or heavy.”

Key to this freshness offered by Châteauneuf, Saouma explained, is the moderating effect of the Rhône river, as well as the “galets” – small pebbles – found in the appellation’s vineyards. On top of this she pointed to the important effect of the “mistral” – a strong north wind – which not only helps with temperature regulation but also to restrict the yield of Grenache, a naturally productive variety.

In the winery, Saouma outlined additional efforts to ensure freshness and age-ability with these Grenache wines. “Freshness is not just acidity,” she maintained. “Cold maceration extracts the fresh fruit, not the jammy fruit.”

While acknowledging the accessibility of Grenache when young, Saouma noted: “We believe that the real freshness comes from aging.” By way of explanation she stressed the importance of oxygen in harmonising the young wine’s mix of acidity, structure and tannin, saying: “Oxygen is the friend and the enemy.”

In Saouma’s view, “you must get the wine used to oxygen. We age on lees to get the wine more exposed to oxygen so that we can be very confident about it in the bottle.” Building on this theme, she remarked: “Grenache must have slow oxidation. Everything must be gentle – you want long aging in a big barrel or cement eggs.”

Summing up the stylistic goal with Grenache at her own family’s domaine, Saouma observed: “We must have spiciness, darkness, the profound, or it is not Châteauneuf du Pape, but at the same time you must bring a freshness.”