Consumers worldwide are returning to the fine wine market, whose recent downturn has seen a welcome exodus of many less reputable investment funds, according to one major player in this sector. 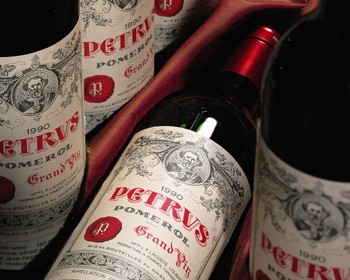 “In the last six months we’ve been selling a lot more into China; that’s all coming back now,” reported Rodney Birrell, director of The Wine Investment Fund, which has offices in London, Bermuda, Hong Kong and Zurich.

In line with this recovery, the fund’s investment manager Chris Smith recorded a “very good” period of business from this market ahead of Chinese New Year, “certainly better than last year,” he noted.

However, Birrell pointed to an important shift in the type of Chinese customer looking to buy into the fine wine market. “It’s going to consumers rather than just presents for your boss,” he remarked. “That gives a lot more longevity – if it’s consumers then they’re drinking it.”

Nor is China the only country to turn its attention to the fine wine market. According to Birrell, “Recently we’ve been getting a lot of interest – although not investment yet – from Eastern Europe, so Slovakia, Slovenia and Poland, but very little from Russia.”

In keeping with recent reports highlighting the wider opportunity for wine businesses in the US, Birrell confirmed a resurgence from this corner of the world too. “For a while we had nothing from the US but we’re seeing a lot more interest there, allied to the economic recovery,” he remarked.

This combined evidence led The Wine Investment Fund to predict a 9% rise for the fine wine market in 2015, following four consecutive years of decline for trading platform Liv-ex.

This revival comes despite a series of fine wine scandals around the world, from Rudi Kurniawan’s conviction to the questions raised over valuations presented by investment fund Nobles Crus and alarm bells over the practices deployed by APW Asset Management.

Stressing his own firm’s code of practice, which includes no cold calling, valuations taken from Liv-ex and a dedicated employee at London City Bond to inspect and photograph every bottle bought by the fund, Birrell acknowledged: “The minute some wine fund goes under we’re all tainted.”

Nevertheless, he continued, “people look to us as the voice of reason and responsibility. We’re constantly called for quotes, we’ve been around since 2003 and we’re one of the largest funds.”

Birrell set the current value of his own company’s fund at “£40-45 million”, down from around £70m at the market’s peak a few years ago. This sits against a backdrop of the fine wine market’s total capitalisation, which he placed at “£6 billion for the top 1% of Bordeaux,” adding: “approximately £2bn is produced and consumed every year.”

In contrast to many other companies in this sector, The Wine Investment Fund maintains a very narrow focus, trading solely in Bordeaux and within that around 35 of the region’s 8,000 châteaux and a spread of about 10 vintages.

Its “low risk” policy sees the fund avoid any wine older than 1990, not out of quality concerns but because, explains Birrell, “supply and therefore liquidity is drying up.”

Smith also explained the company’s decision – aided by the fact that it has no link to any merchant – to avoid en primeur. As châteaux release prices soared after the millennium he argued: “From 2001 onwards you’d have been better off investing in something else. Yes 2005 made 50%, but that’s missing the fact that over the same period you could have bought 2000 or 1996 and made more money with lower risk. That’s a lost opportunity to make the best possible profit.”

After the sharp decline of the fine wine market since its 2011 peak, Birrell suggested that this sector now represents a less attractive opportunity for amateur or fraudulent players.

“We’re about the last man standing,” he said of the competition. “Everyone jumped in 2008, clung on until 2013 and all of a sudden threw in the towel.” Even so, Birrell noted: “There are always going to be charlatans. Wine is such a tangible product; people seem to think that because they’ve drunk a few glasses they’re experts. But we’re not tasters, we’re looking at the quality of the investment.”