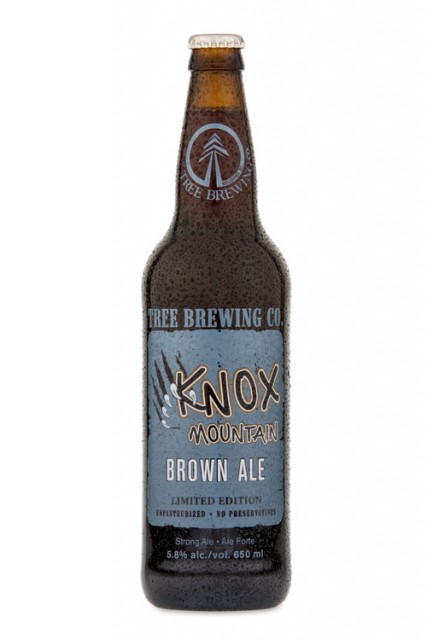 Beppi Crosariol, writing in Canada’s Globe and Mail, takes a taste of this BC brew.

He writes, “this terrific cola-dark ale pours with a foamy head, telegraphing the richness below. It’s full and round and malt-forward, with a mildly sweet core and satisfying mid-palate weight.

“The texture’s seductively creamy and the flavour is a mélange of caramel, toasted grains and dried fruit, gloriously balanced by solid hoppy bitterness.” 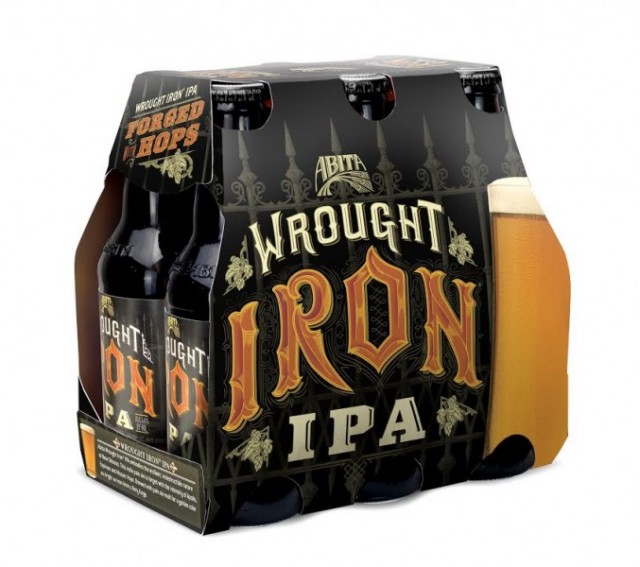 Jim Vorel, writing for the renowned Paste Magazine, takes on this heady beer that leaves him feeling inspired.

He writes, “Wrought Iron is a beautiful, copper-coloured ale brewed with a trio of trendy, new-school American hops: Apollo, Equinox and Mosaic. They give it a tropical, grapefruit-forward aroma with notes of honeydew melon and florals. It hues closer to the direction that American IPAs have been swinging for a few years, with fruity and tropical hops over the classic West Coast American bouquet of citrus/pine.

“On the palate, this IPA is not quite as sweet as I expected from the fruity aroma, finishing quite dry. Bitterness is medium, a touch lower than I would have expected for something listed as 80 IBU – I’m certainly not picking up on that perception of bitterness, but that’s not a bad thing. In fact, it helps make this IPA very refreshing.

“Malt flavours are a little bready and a bit of caramel, before giving way to grapefruit zestiness, all in fine balance. I immediately find myself thinking that this would be great “food beer” for pairing with something fatty or spicy. Pulled pork? Jambalaya?”

He concludes, “The main takeaway I get from this, though, is the idea of evolution and renewal.” 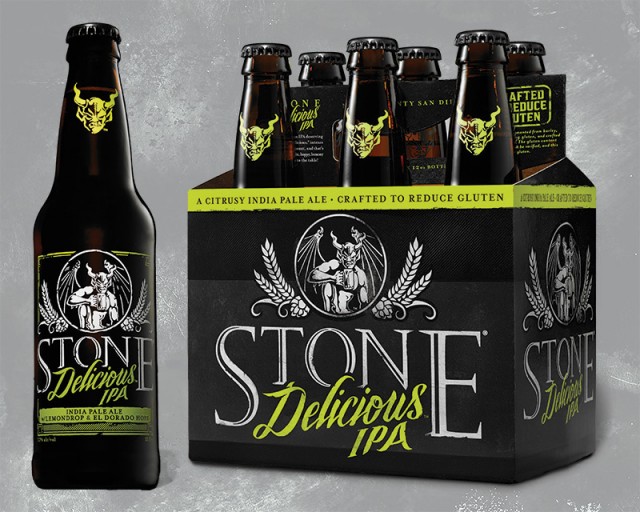 John Verive, in one of America’s biggest titles the LA Times, is full of praise for the latest release from this doyenne of the craft brewing world.

He writes, “Delicious IPA features popular new hop varieties (Lemondrop, El Dorado) that showcase vibrant citrus flavours, and the new in-between-seasons beer is also notable for what the brewers have removed from the brew: much of the gluten.

“An enzymatic process developed by White Labs (producers of myriad yeast strains used by craft brewers) breaks down the gluten proteins, and the results is a nearly gluten-free beer that avoids the pitfalls (like the off-putting mouthfeel) often seen in gluten-free brews.

“But the reduced gluten levels are not the defining feature of Delicious IPA. Living up to the name, the IPA demonstrates a terrific volume of complex hop flavors.

With a curiously light yet still tongue-coating body, each sip explodes with flavour – lemon zest, lemon grass, Lemon Pledge – before the bitter bite cascades across the palate, where it lingers stubbornly but never becomes acrid.” 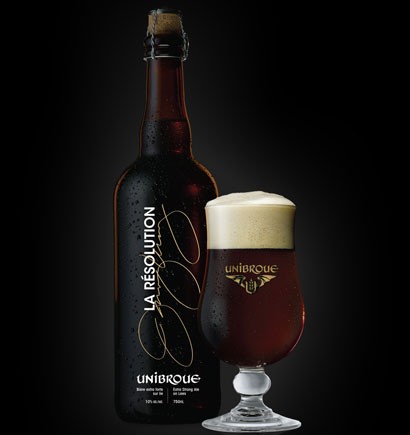 Jordan St John writes in the Winnipeg Sun on “a beer that’s extraordinarily suited to a Canadian winter”.

He says, “La Resolution is 10% alcohol and pours a rich chestnut brown with a fluffy, off-white head. The aromas are of toffee, Christmas cake and freshly scored tangerine peel.

“Although you might get ginger, licorice, cinnamon, coriander or cardamom, none of the spices dominate in the aroma or on the palate. While the sugars tend to dominate the experience, the balance between the spices is amazing. It is not so much reminiscent of gingerbread as all Christmas-y desserts at once.” 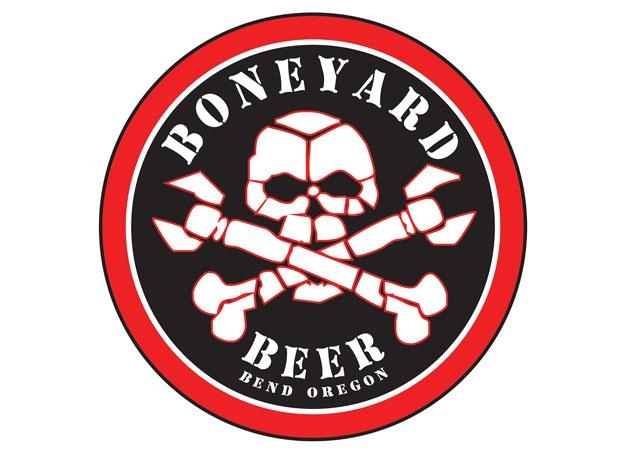 Martin Cizmar, taking to his Drank column in the Willamette Week, writes on this slightly intimidating Oregon beer.

He writes, “Wheelie gets four hops – Centennial, CTZ, Bravo and Cascade. Those Cascades are Oregon-grown on Crosby Hop Farm, and have a lighter, more delicate flavour than their acidic cousins from the high desert of Yakima.

“I’m not one to geek out on head retention or “lacing,” but it’s hard not to take notice of the pretty marshmallow of froth on top of my pint from Saraveza. Wheelie’s flavour is lightly sweet and citrusy, like lemon water and peach fuzz.” 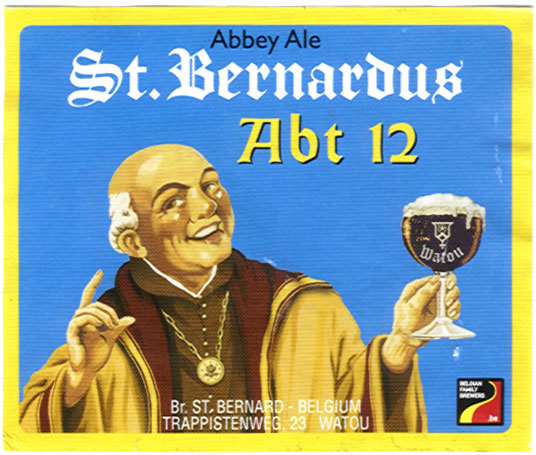 He writes, “The fruit flavours of Abt 12 were amazing, with notes of raisins, dates and plums that only deepened as the beer warmed up in the glass. A bit of cherry made an appearance in the background.

“Toasted malt pushed the caramel flavour more into toffee territory with a sweetness that helped bring out more of the fruit and malt flavours without becoming overpowering. Despite its darker colour, there were no notes of chocolate or coffee.

“I did not notice much presence of spices in the ale, which are a common staple in many Belgian beers. This was not a detriment to the beer, which stood on its own just fine by concentrating on the fruit and malt flavours.

“The body was creamy and provided a nice mouthfeel, along with a medium carbonation. Quadrupels can sometimes be a bit heavy, but not the Abt 12.” 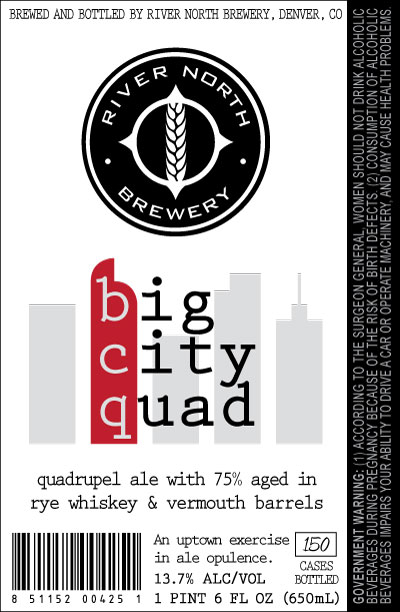 She said, “There’s an abundance of fruit (cherries and raisins) in the nose. In fact, this brew reminds me of a hearty oatmeal raisin cookie: oat-y goodness with a hint of burnt and caramelised sugar.

“There are plenty of hops, but malts play the lead role in this brew, which is bold and complex, and a very solid sipping option. It’s an ideal beer for an ordinary night, snuggled up on the coach with reruns to watch.” 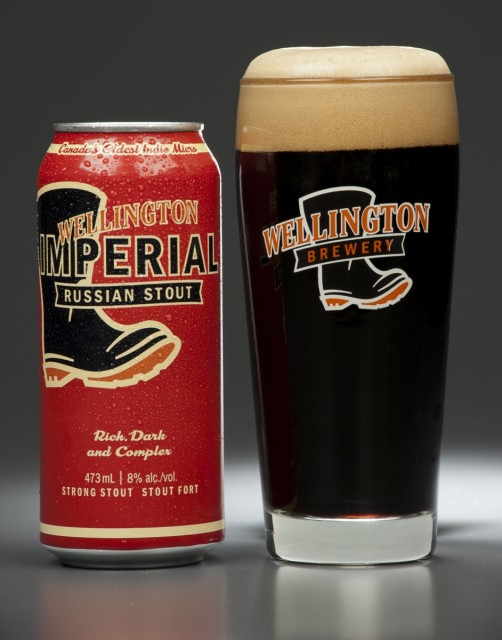 Lindsay MacNevin, writing in Snowshoe Magazine, is thankful for this winter-warming pour.

She writes, “The first sip was like a delicious chocolate caramel that had been roasted in coffee beans. Each subsequent sip was loaded with more flavour than the one before. Coming in at 8% abv, I expected this beer to be on the boozy side, but I was surprised that is was easy to drink and soon I was asking for another.

“This imperial stout hides hints of cinnamon and liquorice throughout its flavours and is unlike a typical creamy stout that leaves you feeling full quickly. The Imperial Russian Stout is true to its nature and offers a modest amount of hop bitterness and flavour – yet this particular one from Wellington does an excellent job of letting the true flavours shine through.”

The Dissident, Deschutes, Bend, Oregon, US 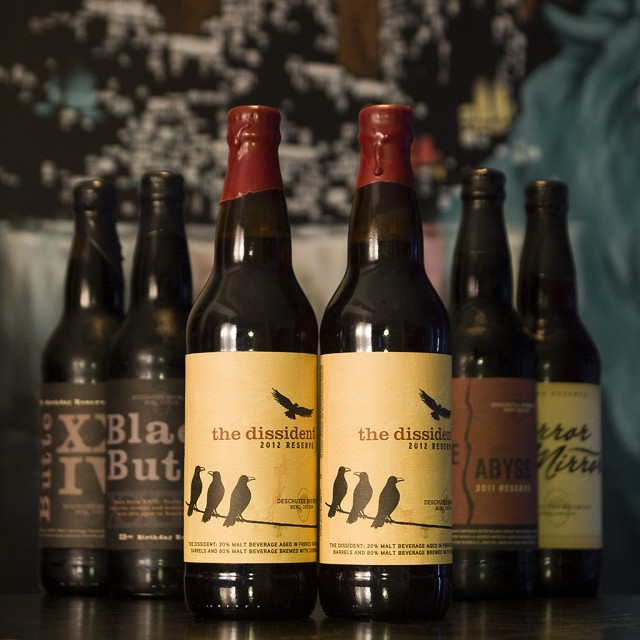 Going back to Paste, Graham Averill writes on this, the second Bend-er brew on our list.

He writes, “The beer has a rosy, copper kind of colour with no head whatsoever. The cherries come through in the nose, but they take a back seat when you take a sip. That’s when the red wine takes over, with heavy notes of Pinot and a pleasant acidity.

“The beer does have a salty vinegar note (it’s a hell of a lot appealing than it sounds), and a layer of fruity tartness. As it warms, there’s even a grainy sweetness that comes through, mellowing the whole thing out and giving me one more reason to absolutely love this beer.

It’s my favourite sour right now, which makes sense, because Dissident pretty much sets the standard for Oud Bruins from America. Grab a bottle and see if you can wait until the middle of the year to crack it open.” 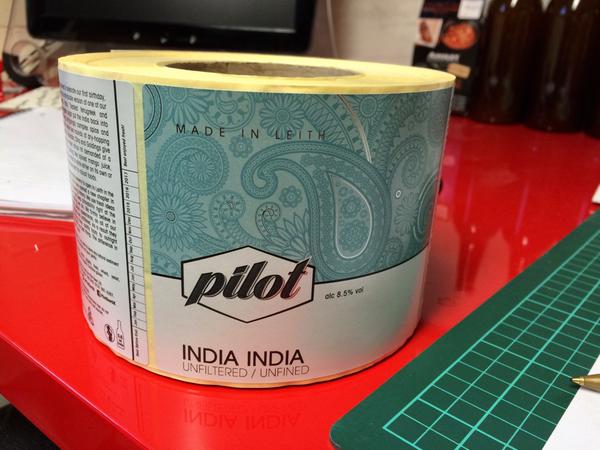 Colin Campbell, a new beer reviewer at the Herald Scotland, is full of praise for this offering that “puts the India back in to IPA”.

He writes, “The aroma is warm spice and tropical fruit, and these carry through to the taste, which is surprisingly sweet, delicate and welcoming, with washes of passion fruit, liquorice and toffee, before suddenly moving to a medium dry bitterness that lasts and lasts.

“You can certainly taste its 8.5% strength, though it’s far from harsh or over-powering. Texture-wise, it’s lovely. Think mango juice.

“India India is complex and sophisticated, a beast of a beer with big flavours, a solid body and a potent hit. It comes in hefty 660ml bottles, making it ideal for sharing.”