Hirsute hipsters tired of getting the froth from their ironic craft beers in their luxuriant facial hair can now protect it with a “whisker dam”. 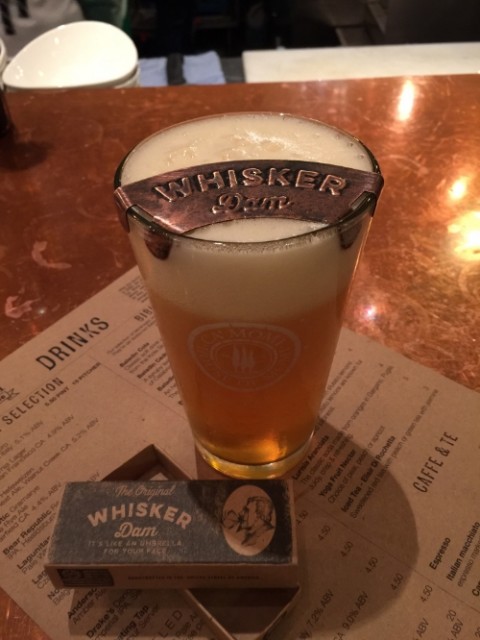 Created by an American called Jeff, the whisker dam is a copper plate that spans a pint glass and allows the drinkers’ whiskers to rest against the plate while sparing the expensively waxed follicles from getting an IPA sud-soaking.

As Jeff proudly states on the Whisker Dam website: “When it comes to moustache guards you will not find a more premium product.”

The creator further claims that the invention is part of a long line of moustache protecting devices, dating back to the proto-hipsters’ of the late 19th century.

He explains: “Whisker Dam embraces the rich history of gentlemen, and their luxurious stashes.

“Throughout the ages, it is apparent that there has always been a battle between a man’s perfectly groomed stash and fluid elements that try to saturate it. Since the 1800’s gentlemen have been creating various contraptions to protect their magnificent whiskers.”

Sadly, madly moustachioed “fixie” enthusiasts desperate for this latest gadget in their hemp/tweed/plaid/distressed denim stockings this Christmas are set to be disappointed – it’s on back order until 26 December due to “overwhelming” worldwide demand.

So if you like vinyl, or know someone who does, order it for New Year instead – yours for only US$25 ($20 over this holiday period).

Anyone unclear on what a hipster is because they don’t “hang” in East London/Seattle/Vancouver/Left Bank Paris/places you’ve probably never heard of anyway very much can get a clearer idea on the following page. 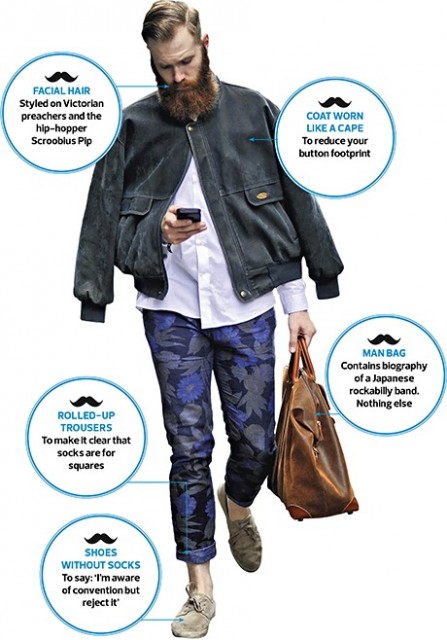