A case of déjà vu at Liv-ex?

The surge of excitement as en primeur approaches followed by dashed hopes has been a familiar pattern with the Liv-ex 100, but are things changing? 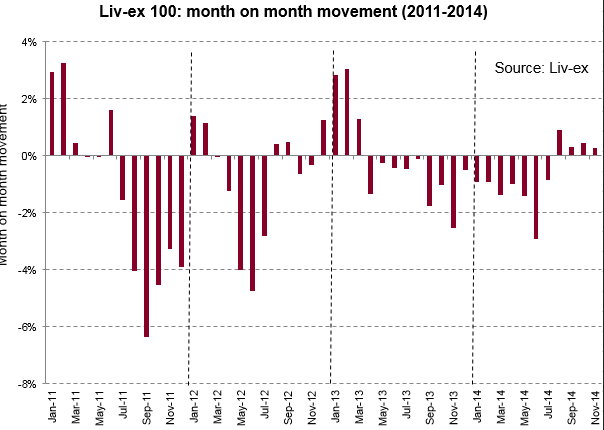 “It’s history repeating itself,” Liv-ex director Justin Gibbs told the drinks business, referring to the fall-out from the last bull market of the 1990s. “”With these cycles what happens is they [the top Châteaux] take prices up and up, and find it very difficult to adjust down.” According to Gibbs, the clearing price for the 1997 vintage when the wines were actually traded was 40% below the release price.

With the First Growths down by a similar amount since their 2011 peak, “people are sitting on some very big losses,” said Gibbs, “but people who aren’t, are looking at this market afresh after an almost unprecedented run of four vintages down in a row.”

He believes there needs to be ‘a clearing vintage’ with 2014, when it’s released next year. “If the pricing is right the distribution system, particularly the négociants, can make some money which will probably help cover the losses they’re sitting on.”

“The big thing is there is now a different pattern,” Gibbs continued. “The market has become pretty damn cynical, but it seems despite everything that it perceives some value after four long years. That’s what it feels like, but we’ll have to wait and see.”

The Liv-ex 100 is an index of high-scoring wines that was 84.5% Bordeaux by value as of the end of November