Deal-of-the-day website Groupon has launched a range of own-label wines inspired by the company’s mascot, Groupon the Cat. 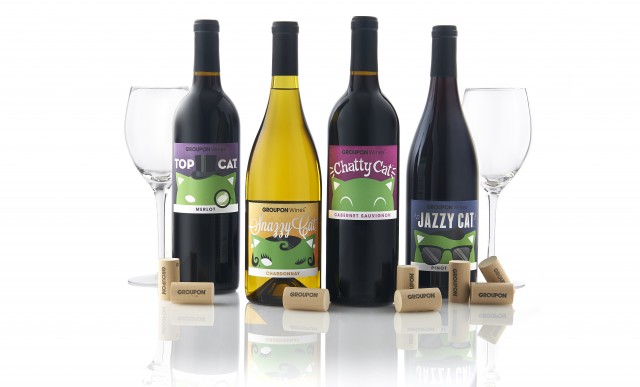 The four-strong range, comprised of a Chardonnay, Merlot, Cabernet Sauvignon and Pinot Noir, are made from grapes grown in California and aged in French and American oak.

The wines, featured on Groupon Goods, are available to buy in a six-bottle “sample pack” for US$49.99, which includes two bottles of the Chardonnay and Cabernet Sauvignon and one bottle of the Merlot and Pinot Noir.

The company, which was founded in Chicago in 2008 and operates in 48 countries, has sold 160 sample packs since launching the range yesterday.

Groupon offers a vast array of deals on electronics, fashion, beauty and home furnishings among other things.