This year’s competition showed that efforts to create the upmost in luxurious sparkling wine stretched beyond the top-end offerings and into categories that previously didn’t fare well.

Bearing in mind the high price of Champagne, particularly grandes marques, one should expect a large collection of medal-winners in any competition devoted to this sparkling wine region. But having awarded silvers to almost half the entries in this year’s Champagne Masters cheapest category – Brut NV under £30 – we realised that the sector’s base level was now home to very high quality fizz, and undoubtedly fewer disappointing examples compared to 2011, when we first held the competition. Furthermore, former weak points in the tasting – the extra brut and rosé categories – both contained first-rate wines in 2014, proving that Champagne with very low levels of sugar can be attractive, while pink Champagne is a serious fizz too. In essence, the results attest to the fact that viticultural and winemaking improvements across the region are really becoming evident now in the wines, whatever the style. 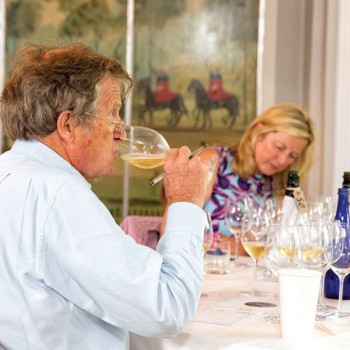 Initially, the non-vintage category at all prices yielded some impressive results, and in particular, proved the quality available among Champagne’s most famous names. Commenting after the tasting’s results were revealed, chair of the judges and Berry Bros buyer Simon Field MW said, “The grandes marques are really on form at the moment,” before adding, “Showing well across the piece were, not to my great surprise, Charles Heidsieck and Deutz.” He then mentioned his particular respect for Louis Roederer, which, like Heidsieck, achieved the top award of the tasting: a Master for its Brut NV. “Hats off to Roederer’s Brut, demonstrating [chef de caves] Monsieur Lecaillon is primus inter pares when we are discussing Champagne masters!”

Findings from the tasting

Nevertheless, it was Charles Heidsieck that performed the best overall in this year’s competition. Not only did this house achieve a Master for its Brut Réserve, but also its Brut Millésime 2000, while it gained a gold for its Blanc des Millenaires 1995 and a silver for its Rosé Reserve. Indeed, while we are paying tribute to winemakers, such a successful outcome for Charles Heidsieck Champagnes is testament to the skill of the late Thierry Roset, chef de caves at the house, who sadly died suddenly in early October aged 55.

Also impressive were the scores of Charles Heidsieck sister house Piper- Heidsieck, which achieved the only gold in the NV category for Champagnes priced £30-40 for its Brut Essential, while it gained a silver for its Brut NV in the under £30 category. Another notable success was Jacquart, which gained a silver for its Brut Mosaïque – a Champagne that has undergone a quality improvement since former Veuve Clicquot winemaker Floriane Eznack joined the brand in January 2011. It also earned silvers for its new prestige cuvée Alpha, with the 2005 vintage, as well as its blanc de blancs 2006 and its extra brut NV.

Meanwhile, the little-known brand of Chassenay d’Arce picked up silvers for its Cuvée Première Brut NV, Pinot Blanc Extra Brut, and a gold for its blanc de blancs 2005 as well as its prestige cuvée, named Confidences.

Meanwhile, Field mentioned further houses which impressed him in the tasting, which was conducted, like last year, at The Dorchester hotel. “I was pleased that some of the less lauded houses such as Lanson and Piper were able to rise to the challenge too.” He added, “This indicates to me a confidence across the region and an overall qualitative consistency.”

Finally he said that he was pleased to see Cattier, Palmer and Henriot “all showing their worth”, describing them as “three houses I admire”. In particular, he commented that he was “encouraged” to see large co-op Palmer making “such good wines”. 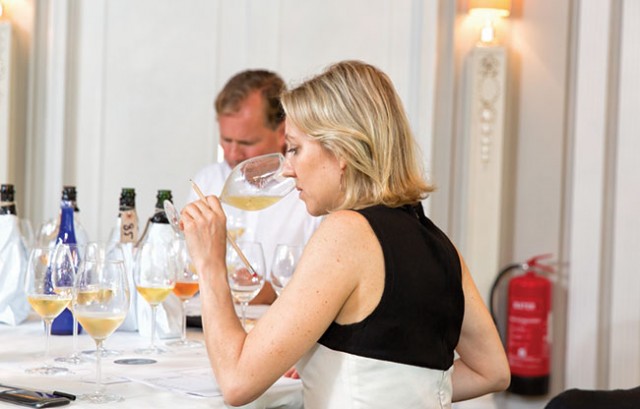 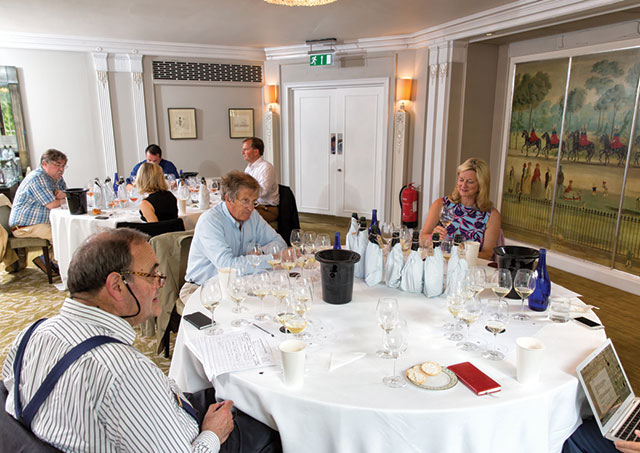 At the peak of Champagne’s price pyramid, prestige cuvées over £100 performed extremely well, although it was only Deutz’s Cuvée William Deutz 2002 that achieved the ultimate by gaining a Master. Such a result was both a sign of the quality winemaking from this house, but also the conditions of the vintage, with 2002 considered one of the standout harvests of the last decade.
Among the more niche categories of Champagne, as noted above, drier Champagne styles did well this year, suggesting that winemakers are becoming better at producing fizz with little added sugar – doubtless choosing riper, richer base wines to reduce the potential for tartness. Serge Mathieu, Drappier, Chassenay d’Arce, Jacquart and newcomer to the competition, Ployez Jacquemart were all awarded silver medals for the extra bruts.

Then there was the blanc de blancs category which this year in particular drew attention to the quality of pure Chardonnay Champagnes. While Palmer was the only wine to be awarded a gold for Blanc de Blancs under £40, over that price point and no less than four golds were given – 50% of the wines judged at this more expensive level. As one judge said, “This does prove that you do have to spend quite a bit on blanc de blancs, but when you do, you are rewarded.”

We also had a good showing from blanc de noirs in 2014. Both Cattier and Comte Audoin de Dampierre impressed the judges with this style, and each of these houses gained golds. As judge Michael Edwards said of the wines, “These are wonderful winter Champagnes”, while fellow judge Anthony Foster MW said, “These are food Champagnes.” 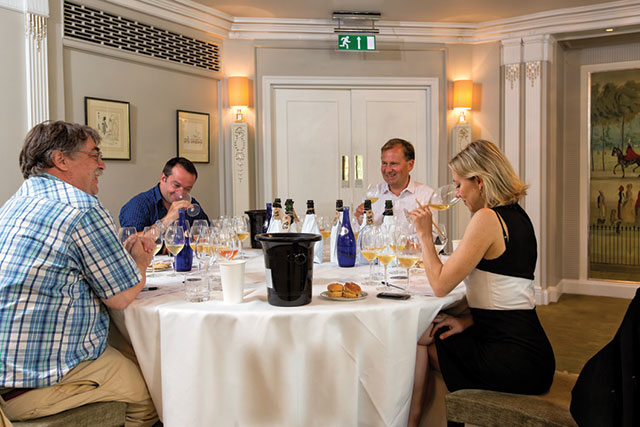 As in previous competitions, the vintage category attracted high levels of praise from the judges and plenty of high scores, while unlike last year, rosé achieved a clutch of golds. Particularly delicious examples of the latter came from Henriot, Deutz and Lanson.

Overall, the blind tasting drew attention to those houses producing cuvées of exceptional quality, while showing the high standard of wines being made in Champagne today. It also proved that the fashionable pink and very dry styles of Champagne have undergone a marked quality improvement. For value and quality, however, the results suggest that the region’s biggest category, Brut NV, is hard to beat.