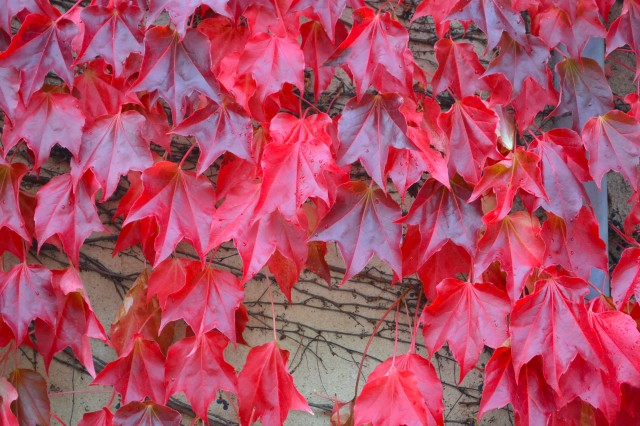 With the last grapes of the 2014 harvest picked, autumn is in full swing in Chablis, setting the leaves aflame. 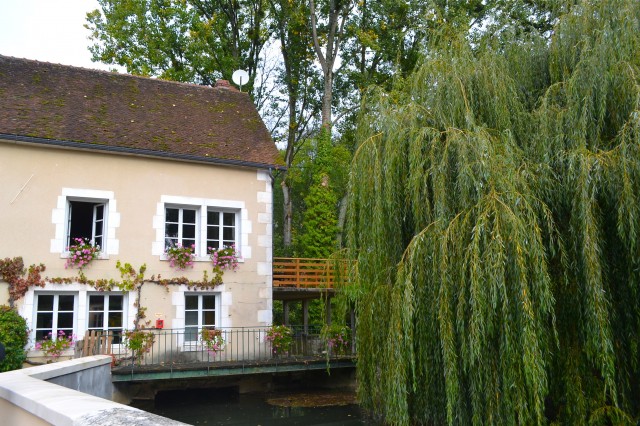 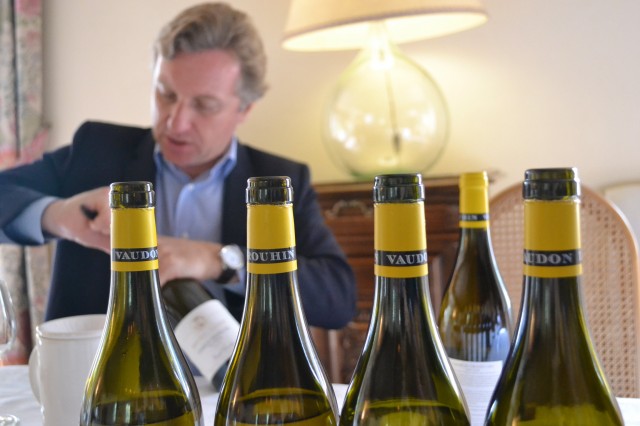 Once inside, we were given a tutored tasting of the Drouhin Vaudon range by commercial director Jean-Francois Curie, including the 2010 vintages of two of its Grand Cru wines, Le Clos and Vaudésir. The estate has just acquired two hectares of Premier Cru land in the climat of Mont de Milieu. 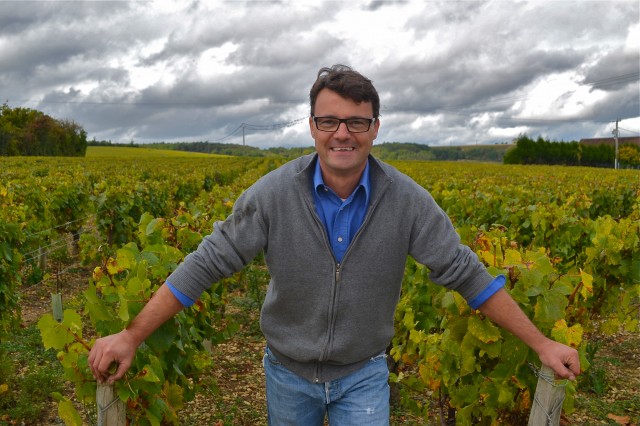 Soon it was on to visit Domaine Céline et Frédéric Gueguen. While Frédétic is responsible for making the wine, Céline does the admin for the estate and also runs a small guest house, receiving visitors from as far afield as China and Russia. The Gueguens are seeking distribution in the UK for their trio of Chablis, with production due to increase from 10,000 bottles in 2013 to 30,000 bottles this year. 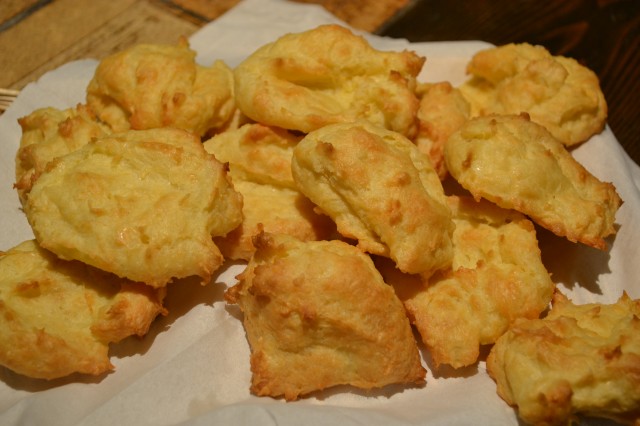 During our visit we were treated to a traditional Burgundian lunch, including mountains of charcuterie and piping hot, homemade gougères. 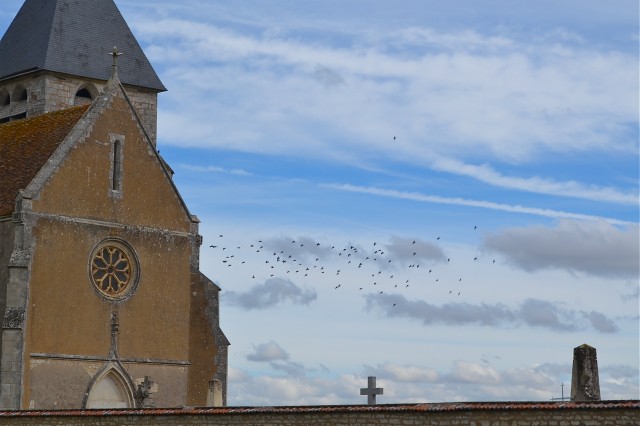 Swallows swoop over an ancient church 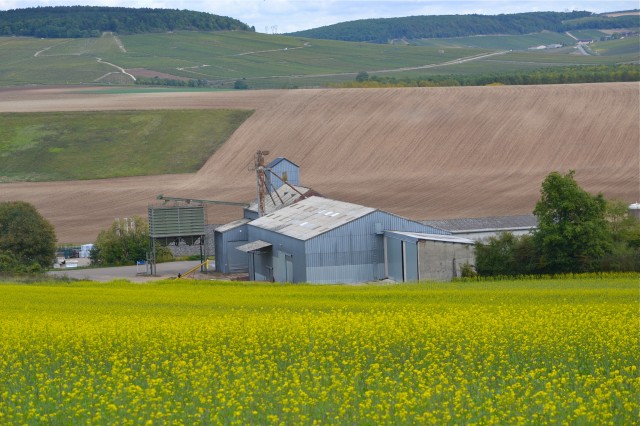 Some of the landscape in Chablis was pretty as a picture, with this field reminding me of a Van Gogh painting. 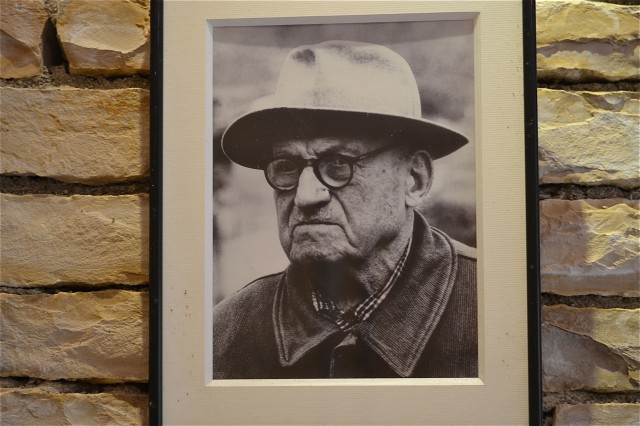 I couldn’t resist snapping this characterful chap during a visit to Domaine Nathalie et Gilles Févre. The man in question is Marcel Fèvre, great grandfather of Gilles Fèvre, who founded the estate at the turn of the century. Keeping it in the family, Gilles’ wife Nathalie currently looks after the winemaking at the estate. 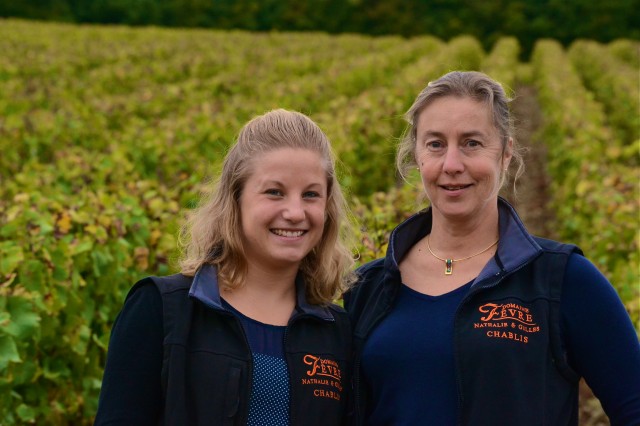 Keen to follow in her mother’s footsteps, daughter Julie Févre is about to start a masters in winemaking at Dijon university with the hopes of eventually taking over winemaking duties at her family estate, which produces 150,000 bottles a year from 48 hectares taking in three Premier Crus and one Grand Cru site. 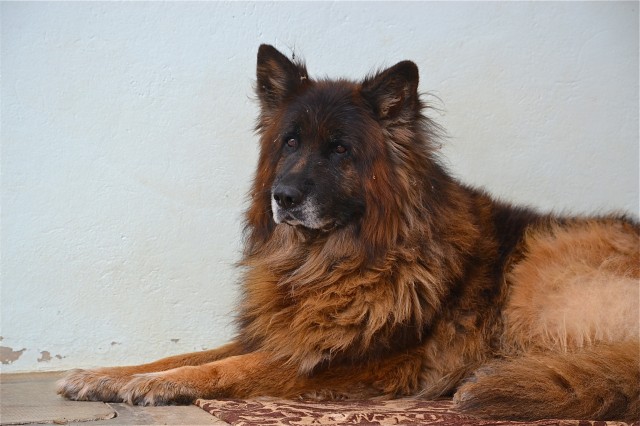 Rocking up to Domaine du Colombier, we were greeted by this rather fearsome looking hound, Varus, who turned out to be a gentle giant. 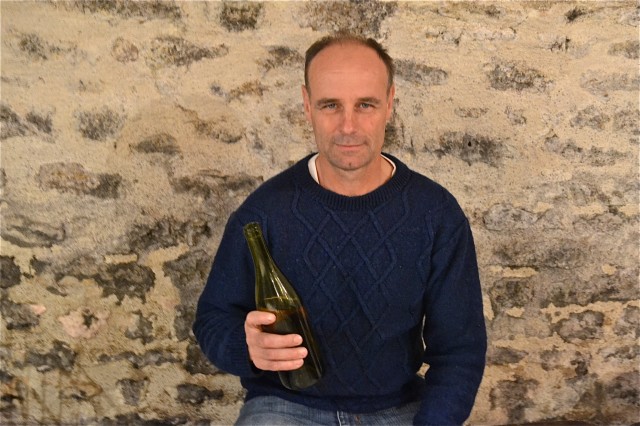 Winemaker Thierry Mothe talked us through his range of Chablis, and was kind enough to open a bottle of the 1995 vintage of his Premier Cru in order to show off the wonderful truffle, forest floor and honeyed aromas Chablis develops when it ages. Domaine du Colombier makes 400,00 bottles a year and is imported into the UK by Fields, Morris & Verdin. 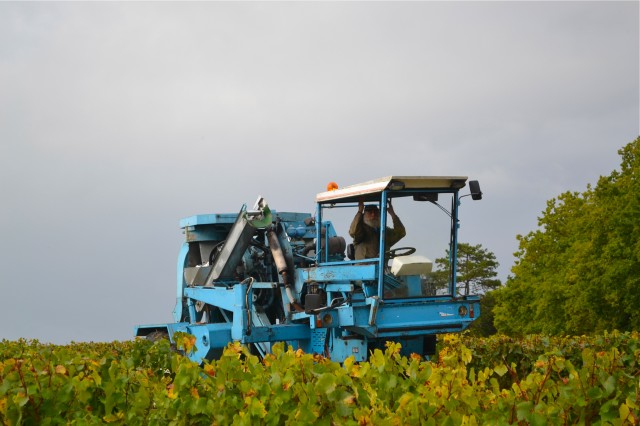 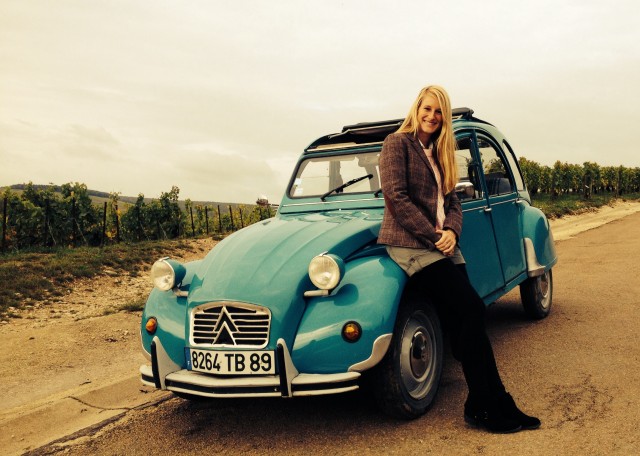 On the second day of my trip, I got to travel around the vines in style, in turquoise 2CV Lulu Belle, owned by affable viticulturist Eric Szablowski. 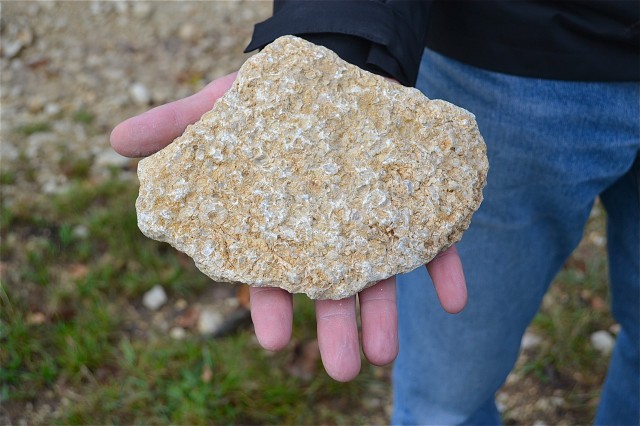 Eric spend the morning explaining the effect Chablis’ signature Kimmeridgian limestone soils has on the wines made in the region, adding a distinctive mineral character akin to licking a wet pebble. He also explained the difference in character of Chablis’ from the left and right bank, and the different climats. 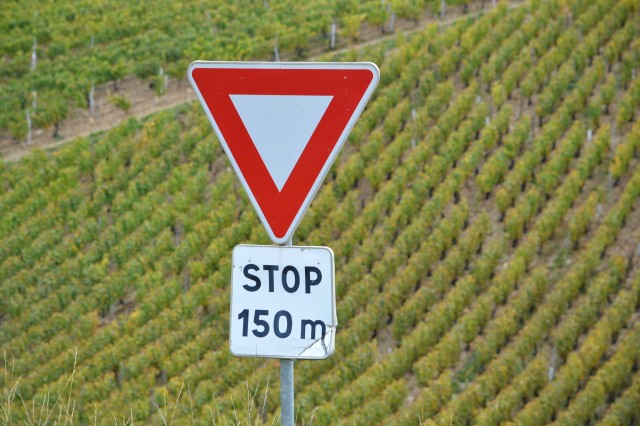 My press companion, Andrew Catchpole, got rather excited by the prospect of driving a 2CV, having passed his test in one back in the day. Taking to the wheel he navigated a smooth passage through Chablis’ left and right banks, taking in a number of the different Premier and Grand Cru villages. 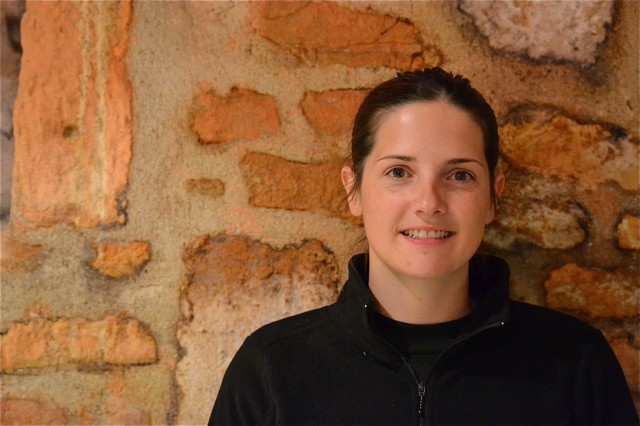 Next on the agenda was a visit to Domaine Denis Race, where we were given a tutored tasting by the estate’s lovely winemaker, Claire Race, Denis’ daughter. The Race’s are so passionate about the taste of the terroir coming through in their wines, they refuse to use oak, right up to Grand Cru level. As a result the wines are incredibly alive and direct. 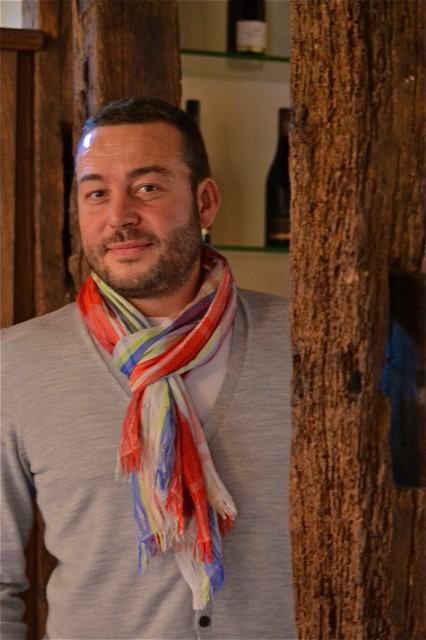 Our penultimate visit was to Chablis big gun, Domaine Laroche, where we were greeted by Grégory Viennois, head of winemaking for the company, who arrived at the estate by way of both Chapoutier in the Rhône and a stint working for Stephane Derenoncourt as a Bordeaux consultant. 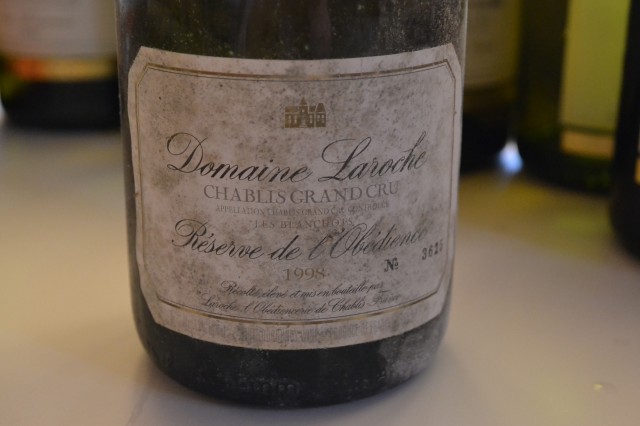 The epic tasting took in over a dozen wines, including the estate’s seven Premier Cru and three Grand Cru Chablis. Ending in style, we were treated to a glass of Reserve de l’Obedience 1998, which matched exquisitely at dinner that night with gooey Epoisse cheese. Having trialled screwcaps across the range, Laroche has since returned to bottling all of its Premier and Grand Cru wines under cork. 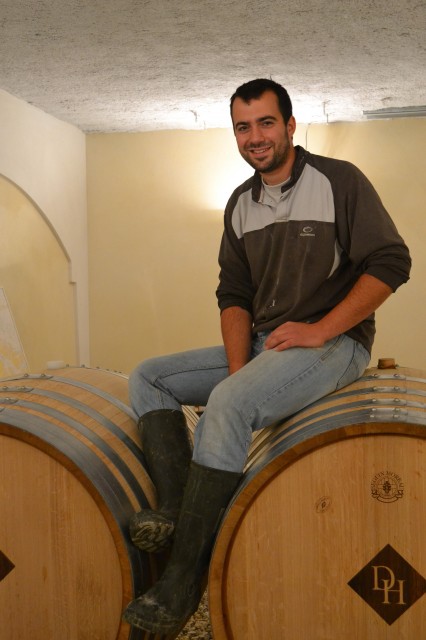 And finally… my last visit was to rising star Pierrick Laroche, who recently set up his own label, Domaine des Hâtes, which has just been taken on in the UK buy Flint Wines. Pierrick makes a Petit Chablis, Chablis and a Premier Cru from L’Homme Mort, meaning “dead man”, named thus as it served as a burial ground in the Middle Ages.