English winemaker Chapel Down has launched a crowdfunding initiative offering the chance to purchase a slice of its company with the aim of raising £1 million to expand its operations. 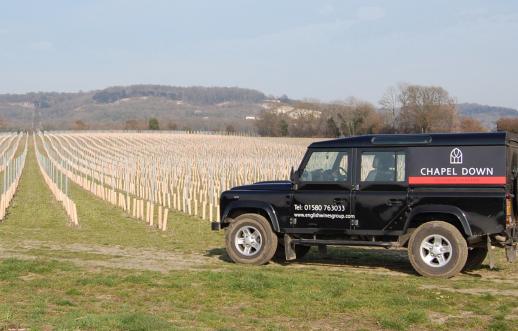 The Kent-based winery, which currently sells out of its annual production of wine and beers each year, has ambitions to plant more vines to increase production, build a new winery and extend its hospitality facility.

In what is claimed to be the first for a listed company, Chapel Down is hoping that by offering consumers and the trade the chance to buy shares in the company, it will be able to raise enough equity to fund the costs of its expansion.

Frazer Thompson, CEO, said: “We have raised money from institutional investors in the past but the wine business is about passion and people, not just money. We saw this as a chance to recruit thousands of small shareholders, both from the trade and among consumers, who can help us grow the brand and the business by being active. Our smaller investors are more like pilgrims in their passion and commitment to Chapel Down. We want to recruit more of them. And we want to make sure they are well looked after.”

The company is seeking a total of £1,667,506 in investment, £695,168 of which has already been funded through institutional investors and high net worth individuals.

Investors will become shareholders in the business through the crowdfunding scheme and, alongside any financial benefits, will receive a range of extra rewards including, for those who invest £560 or more, a 33% discount on Chapel Down wines bought direct from the winery, free annual tastings and discounts on food at the winery.

Thompson added: “Investors not only get a share of a proven brand and business in an exciting and interesting market, but they get excellent discounts to encourage them to buy and spread the word, and they can also sell their shares on a recognised exchange.”

The news follows predictions of what could be a bumper harvest for Chapel Down, which has said this year’s crop is expected to be 10% bigger than its record 2013 harvest.

The crowdfunding initiative opens today on the Seedrs.