David Williams recommended a trio of wines from Alsace writing in The Guardian this week – a region which he said produces “floral and flavoursome” wines known to divide opinion.

Of this Sainsbury’s own wine, he said: “With more flavour than the slim, crisp white wines of summer, the wines of Alsace, with their tastes and scents of ripe orchard fruit and flowers, seem to fit just right with this time of year. A bridge between the Germanic and French wine cultures, they are entirely their own (if not, in the case of the uninhibited aromatic excess of Gewürztraminer, everyone’s) thing. And if there’s a more apt match for Szechuan or Thai spice than the variety’s lychee, rosewater and ginger in Sainsbury’s, or better yet, Zind Humbrecht’s explosive 2012 (£14.99, Majestic), I’ve yet to find it.” 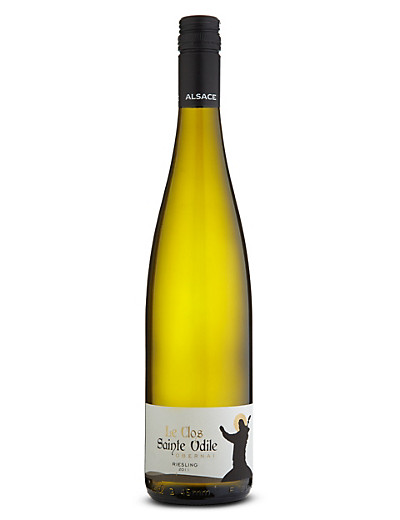 Williams also recommended this Le Clos Sainte Odile Obernai Riesling which he said was a “more affordable version” of some of the region’s most prestigious wines.

He said: “With Gewürztraminer it’s the full-on floral attack that is divisive; with riesling it’s the steel-blade swish of acidity that drinkers can take or leave. You either love that cut and thrust or you don’t, I suppose, but, for the sceptical, Alsace, where the sharpness is usually matched with fleshiness of fruit, offers the most accessible examples. That fine balance is at its most teasingly exquisite in the gorgeous pair of rieslings made by Trimbach – Cuvée Frederic Emilie and Clos Ste Hune (the 2007 vintage of both are widely available for around £35 and £130 respectively). Made by a co-operative in the village of Beblenheim, M&S’s more affordable version ripples with stone fruit and lime.”

Rounding out Williams’ trio of Alsace wines was this Pinot Gris which he said was full of “softly appealing quince” and “honeyed exotic richness”.

He said: “Pinot Gris is the third of the key white grapes planted in Alsace (although you can find some charming whites from Muscat, Sylvaner, and Pinot Blanc, and patchy, but sometimes briskly delicious reds from pinot noir, too). It is the same grape as the much-derided Pinot Grigio, but where Italian versions generally result in water-white refreshment, in Alsace they tend to be spicy and textured: a halfway house between the extravagance of Gewurz’ and the electricity of Riesling. Cave de Hunawihr’s version is full of softly appealing quince; Hugel’s pair – Tradition and Jubilee 2012 (£12.95 and £22, thewinesociety.com) add increasing layers of honeyed exotic richness.”

With the popularity of Prosecco going through the roof, other sparkling wines are rushing to cash in on the opportunity to raise their profile according to Susy Atikins who, writing in The Telegraph this week, cited the burgeoning Lambrusco revival as a case in point. Now the sparkling wines of Franciacorta, made near Milan in Lombardy, are hoping to make their mark.

She said: “Franciacorta was Italy’s first wine to be produced in the classic “champagne” method of second fermentation in the bottle. A long ageing on the lees (yeast sediment) in the bottle imbues it with more richness, creaminess and complexity than simpler tank-fermented sparklers (such as Prosecco).”

Of this sparkler she said: “Take advantage of this keen offer to try a youthful, lively example with refreshing light apricot fruit and a typical hint of almond.” 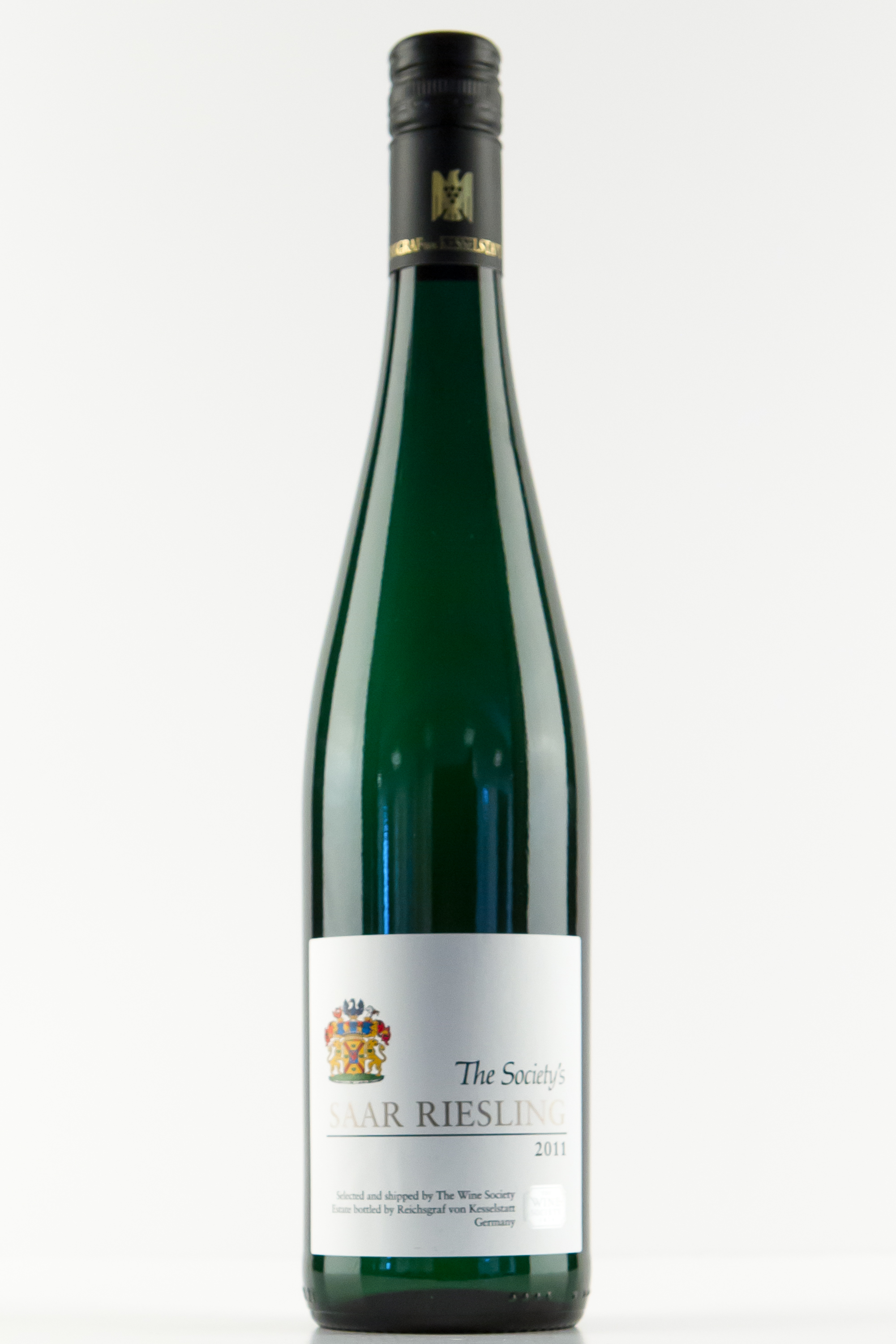 Rose Murray Brown MW, writing in The Scotsman, lined up ten of her favourite German wines, recommending this Riesling from the Saar Valley among them.

She said: “A stylish, surprisingly dry (considering its low alcohol) steely Riesling from the cool Saar valley. Racy and zippy, this hails from the fine von Kesselstadt estate run by the Reh family who own 36 hectares of top Mosel and Saar valley vineyards. Serve with salmon mousse, pork or even a light fish curry.”

Murray Brown said this Riesling/Gewürztraminer blend was an “intriguing dry, spicy blend of two famous grapes from the southern Wonnegau area of Rheinhessen.”

Jamie Goode, writing in The Express, highlighted a number of “natural” wines, including this NV Champagne.

He said: “Natural versus refined is a clear distinction when it comes to food. With wine, things are a bit more complicated. Yes, it’s a man-made product, but I’d argue that most wines are “natural” because it’s illegal to add flavourings and most makers limit their use of processing ingredients to the minimum. I can certainly promise that this week’s choices offer pure drinking pleasure.”

Of this P Desroches & Cie Brut Champagne Goode said: “This is a thoroughly delicious, all-purpose Champagne that combines rich flavours with lovely, focused citrus and white-peach fruit. There are no rough edges here and it’s good value compared with some grand marques. Try it with the chickpea fritters.” 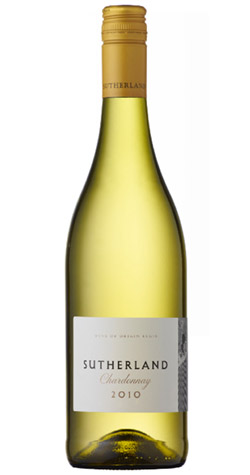 He said: “Flavours of herbs, quince and citrus fruit all work together and there’s some attractive spiciness, too. It’s a good match for the Vietnamese crispy pancakes.” 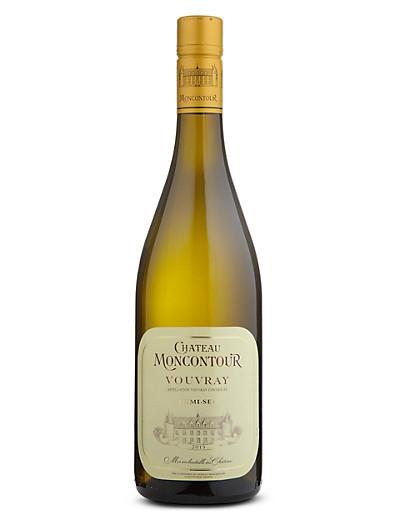 Finally, six classic European wines were recommended by Matthew Jukes writing in the Daily Mail, including this French Vouvray.

He said: “Vouvray comes in every possible shape and size from sparkling, to white and sweet. This off-dry wine is an acquired taste but I adore its jasmine and violet tones and pretty, soothing flavours. It comes from a plot of vines called La Monaco and this sums up its exotic and starry qualities! I do hope that you taste this shimmering beauty.” 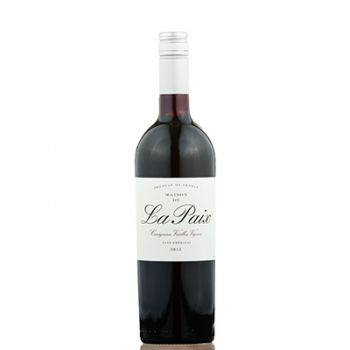 Of this old vine Carignan French red Jukes said: “Smooth and juicy, this is a more innocent red wine than the ‘Old Vine Carignan’ wording might suggest on the label. I love the red and black berry compote flavours and there is a faint twist of oak giving some fascinating detail. It is the perfect red with the Irish stew with lamb and thyme recipe.”