Sherry and Scotch: an auld alliance

The Sherry industry may be enjoying a mini revival of its own these days, but an important  – although rarely scrutinised – part of its business is tied to the booming Scotch whisky category. 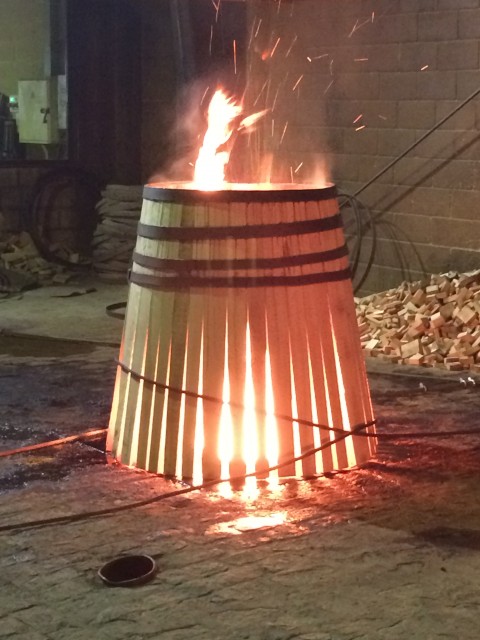 Turn the pages for a glimpse of a process which ranges from harvest through to coopering and the different stages of cask preparation to make sure that distillery customers around the world receive just the right vessel for their particular product.

*Since it is based in Huelva, the bodega lies outside the DO Jerez and is therefore not technically a Sherry producer, although its fortified wines are made in a similar way. 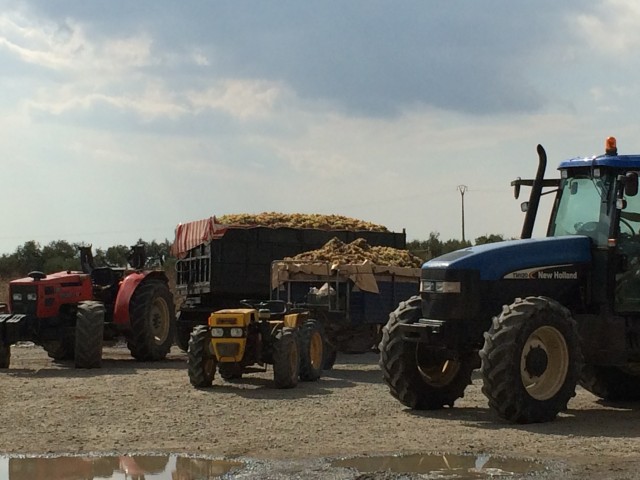 Local Huelva growers large and small queue up to deliver their grape harvest to the winery belonging to Bodega Jose y Miguel Martin. Alongside bulk Sherry-style wine and vinegar production, an important part of the business is seasoning casks for use by spirit producers around the world. Scotch whisky brands represent a particularly big customer base, accounting for around 50% of the bodega’s business. 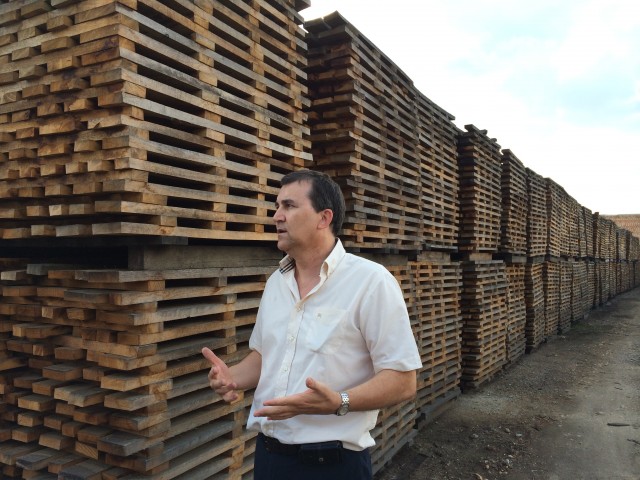 Staves of American and Spanish oak season out in the Spanish sunshine as Miguel Martin explains the different attributes of each, as well as their relative suitability for maturing various spirits around the world. 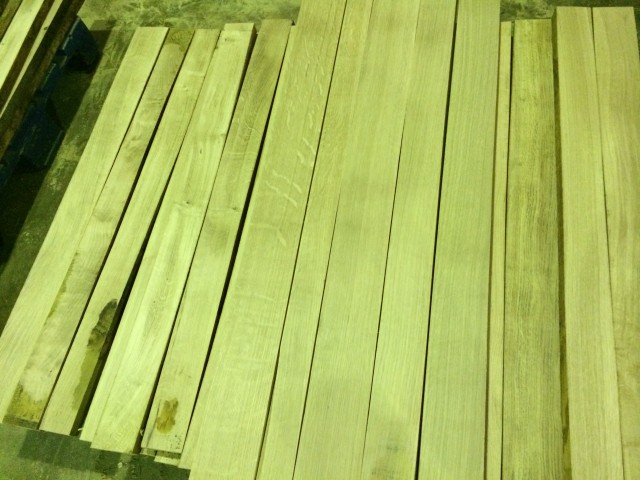 Although its uneven grain and high porosity can make Spanish oak (left and right hand staves) more challenging to work with than American oak (centre staves), Martin explained that the former’s a high tannin content makes it suitable for Scotland’s cold climate. By contrast he recommended American oak for use in warmer climates such as Taiwan or India. As much as half the staves of Spanish oak will end up being discarded as firewood due to knots or other flaws. Similarly, while the hardy, consistent American oak can be left outside to season for up to three years, Martin explained that Spanish oak is left outside for around 18 months – but “never two summers”. 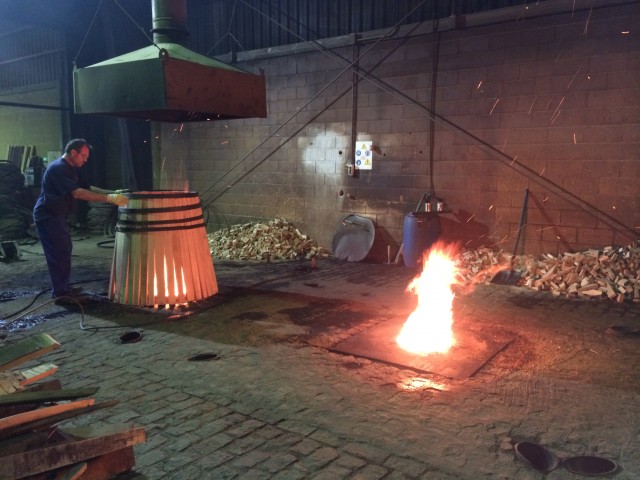 The bodega’s cooperage transforms staves into barrels – a hot job in Andalucian summer. 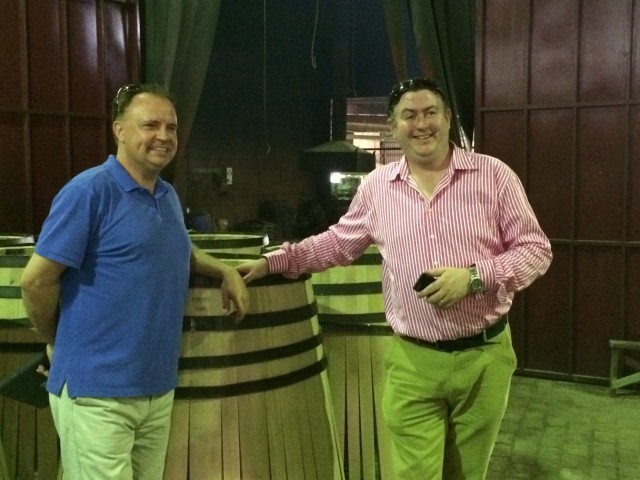 Glenfarclas’ Peter Donnelly and George Grant inspect the cooperage’s handiwork to make sure the casks are up to the job of withstanding many decades in their Scottish warehouses. 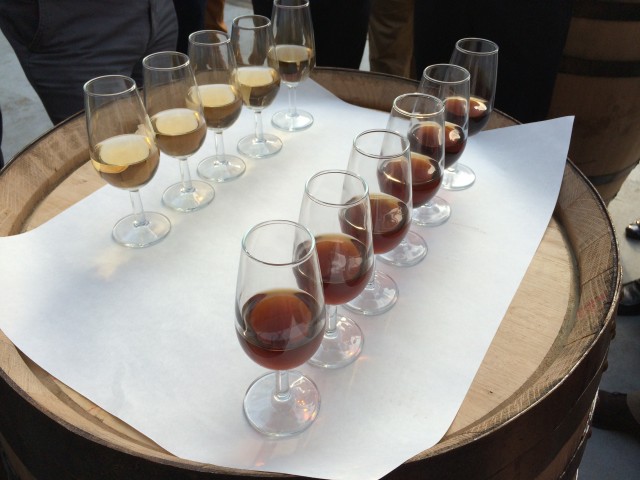 The seasoning process sees young oloroso put into a new oak barrel for between four and five months. The oloroso will then be transferred to new casks a further four times before the resulting tannic, wood flavoured liquid is turned into vinegar (pictured). Oloroso used later in the cask maturation process may go on to be blended with sweeter styles to add flavour and texture. New Spanish oak barrels destined for the Scotch whisky sector will typically be flavoured with oloroso for at least two and a half years beforehand. 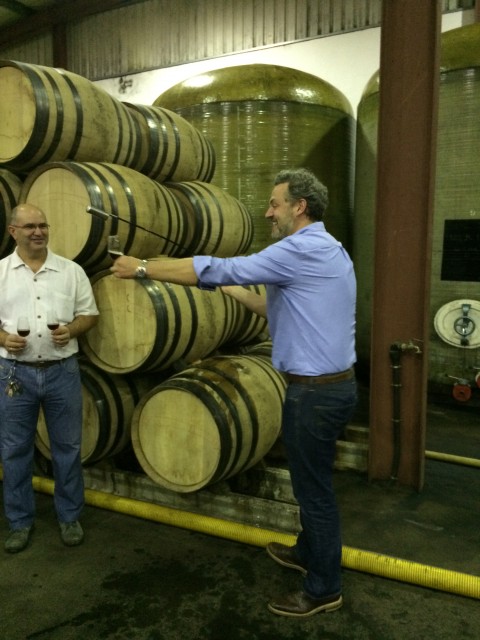 James Rusk of The Butchershop Bar & Grill in Glasgow tries his hand as a venenciador to take a sample from one of the barrels as its contents age peacefully in the bodega. 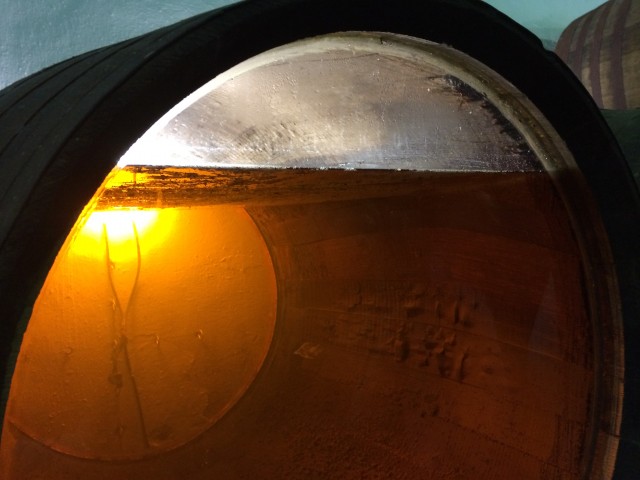 A cask of fino displaying its distinctive layer of “flor”, or yeast. The less tannic American oak casks are typically used for maturing this lighter style. 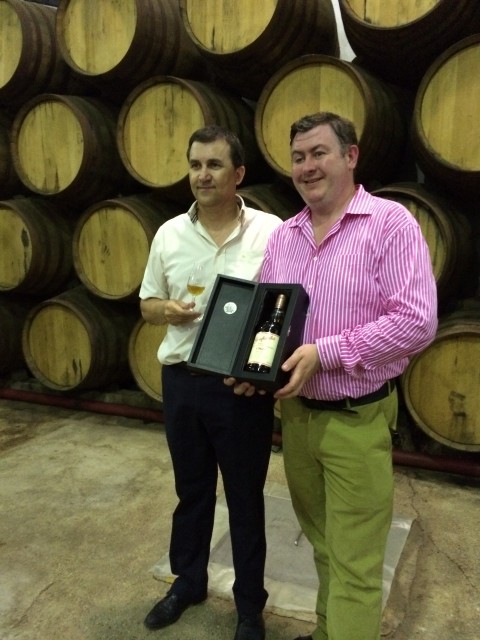 Miguel Martin and George Grant celebrate their important partnership as the whisky brand unveiled a new, more unusual Sherry-style cask expression. The Glenfarclas 1966 Fino Cask is due to go on sale this November as the first part in a new series from the Speyside distillery. 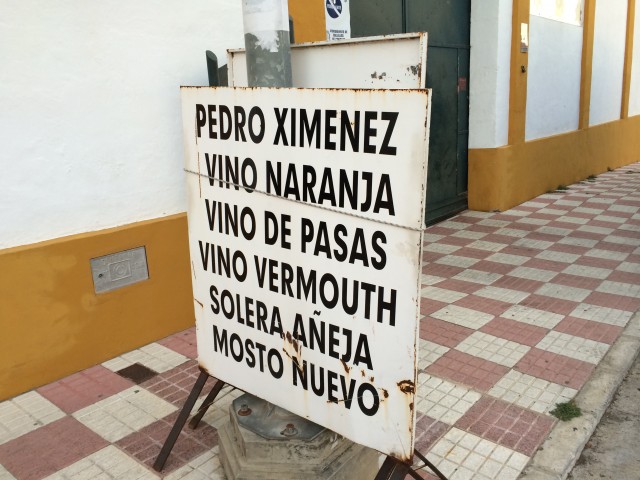 And finally, while orange wine may be a bit of a recent trend among the UK’s natural wine bars, db encountered the genuine article in this orange growing heartland of south-western Spain. Although there wasn’t a chance to sample it ourselves, we were reliably informed that “vino naranja” is made by adding orange peel as an extra flavour to this sweet style of wine.