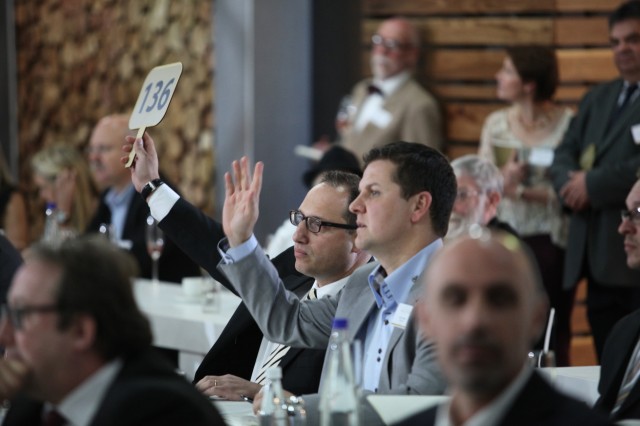 Further price records were broken in a number of categories. A case of Nederburg Edelkeur 1979 sold for R6,444 (£358), more than doubling the previous highest price raised for noble late harvest wines.

Meanwhile Hidden Valley Shipwreck Shiraz 2009 achieved the auction’s highest ever price for a single bottle of red wine at R7,333 (£408). There was similarly positive news from the dry white wine category, when a three magnum lot of DeMorgenzon Reserve Chenin Blanc 2005 sold for R1,333 (£74).

Commenting on this year’s record-breaking prices, auction manager Dalene Steyn remarked: “This is indicative of strong demand for premium South African wine, underpinned by a record average price per litre achieved and no unsold lots.”

Continuing, she observed: “South African wine has long been undervalued and this year’s edition proved to be a correction of this trend. This also recognises the exceptional quality of the wines on offer.”

Recent years have seen a cut back in the number of lots put up for auction as part of the event’s focus on a rigorous quality selection process, which sees an international panel of judges review submissions in a blind tasting before they can be cleared for auction. Of the 314 wines entered for this year’s event, just 111 passed this benchmarking exercise.

Among the buyers, South African bidders accounted for the vast majority of lots, raising just under 70% of the final sales figure. However, there was also strong bidding from Namibian buyers, while Taiwan, one of eight new participating countries in the auction, accounted for the third highest proportion of sales.

Distell managing director Richard Rushton highlighted the event as providing an important platform for expanding sales across Africa and the rest of the world. Noting the rigorous selection process, he remarked: “We think it really does showcase our very finest as an industry.”