As part of a move to more southerly, historic wine regions in Chile, particularly Itata, the country is starting to create varietal and blended products using the País grape.

While Torres Chile was the first major commercial producer to make a still wine from the variety, as well as the inaugural País pink sparking, Santa Digna Estelado Rosé, the country’s two largest producers: Concha y Toro and VSPT Wine Group will both launch a País this year.

The biggest, Concha y Toro, is to launch between 300 and 500 cases of a wine using a blend of País from 100 year-old dry-farmed vines in Maule’s Cauquenes Province, and Cinsault from 50 year-old vines planted further south in Chile’s Itata Valley. Carbonic maceration is being used to make a light, fruity dry wine with around 12.5% abv, which will retail for around £9-10 in the UK.

According to Felipe Bravo, who is regional director at the producer, Los Despedidos is being unveiled in August with two wines from the far south of Chile using old bush vine Cinsault and País.

As for the choice of the new range’s name, Bravo explains that the VSPT Wine Group tasked its four winemakers to each make one wine, and joked that if their wines weren’t good, then they would all be fired. Both wines use grapes from the Secano Interior within the Itata Valley where 80-90 year old vines of Cinsault as well as País are planted, but were previously used to make table wine for local consumption. 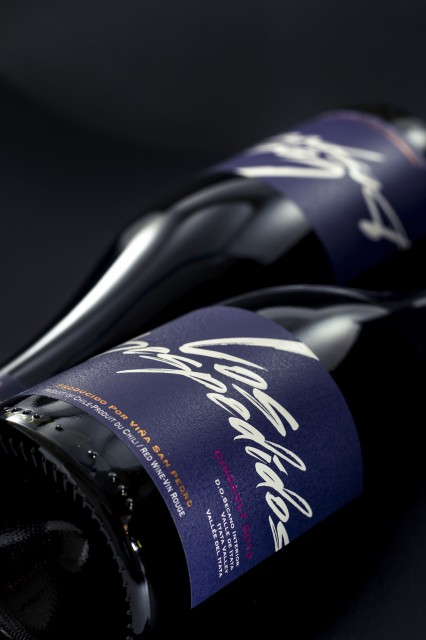 However, other established wineries are also working with the grape. For example, Ricardo Baettig, winemaking director at Morandé, tells db that the producer is making a País and Cinsault blend from this year’s vintage, and, like Concha y Toro, is using carbonic maceration to produce a fruity and light style of wine.

He’s also planning to launch a varietal País, and is currently ageing the wine in a concrete egg.

Meanwhile, Pedro Parra, terroir consultant and partner at Clos des Fous, says that the Chilean wine industry’s view of País has changed dramatically in the last couple of years.

“People used to say that País makes rustic, terrible wines, but now everyone is trying to buy grapes,” he records.

Furthermore, he believes that “old vine País in granitic soils can make a better wine than many others in Chile from the ‘great grapes’.”

Marcelo Retamal, winemaker at De Martino, which owns ancient vineyards in Itata, planted with País among other grapes, say that working with the variety is vital to “rescuing the Chilean culture”.

Indeed, around 15 years ago there was 15,000ha of País planted in Chile but it has gradually decreased, leaving 7,000ha today, most of which is found in Maule.

The grape originates from Castilla-La Mancha in Spain, where it is called Listán Prieto, and was taken to Mexico in 1540 by Spanish Franciscan priests, who founded several missions, explaining another synomyn for this grape – it is called Misson in North America (Robinson, Harding, Vouillamoz, 2013, Wine Grapes).

Listán Prieto was then introduced to Chile in the 1550s, and in the 1850s it was renamed País.