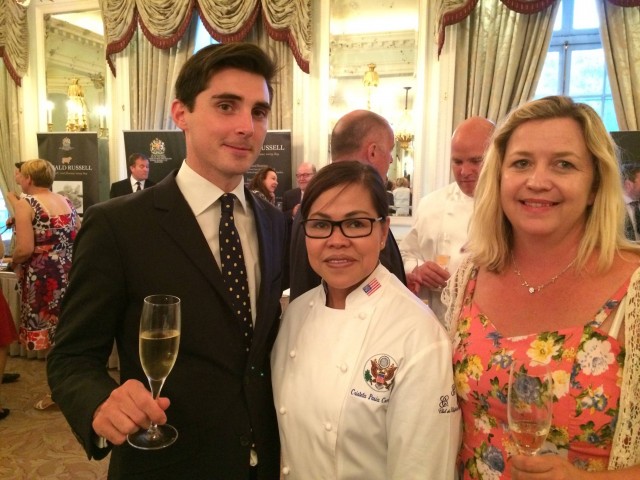 The team from English sparkling wine producer Ridgeview took part in The Club des Chefs des Chefs at the Royal Automobile Club in London last week. It was the UK’s turn to host this annual event, which saw a selection of Ridgeview wines poured for the personal chefs of each country’s head of state, including Her Majesty the Queen’s chef Mark Flanagan and President Obama’s chef Cristeta Comerford. 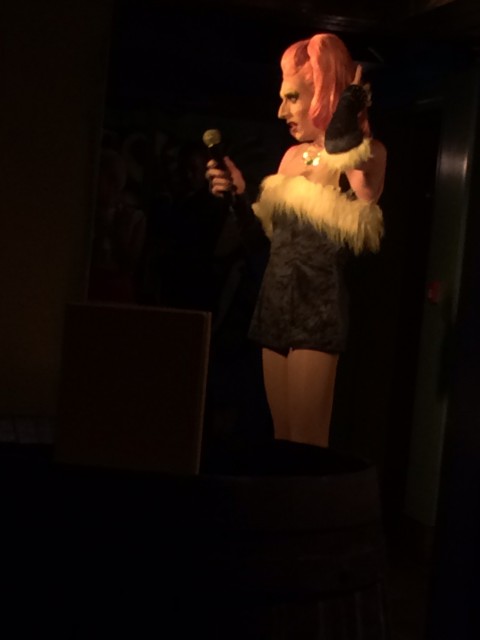 Christmas came early at Archer Street bar in London’s Soho, where guests were treated to a preview of the venue’s festive canapés, cocktails and live entertainment for the office party season. Stealing the show was this glamorous elfine transvestite with a provocative rendition of “I want a hippopotamus for Christmas”. 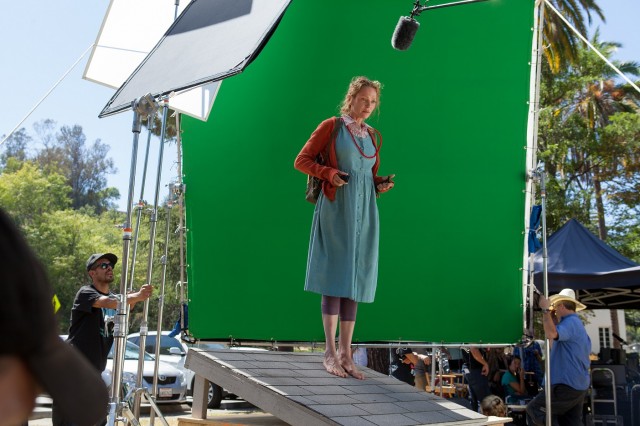 Uma Thurman lent her considerable talents to Jameson Whiskey’s First Shot international short film competition this year starring in three short films written by aspiring filmmakers. Now in its third year, First Shot gives breaks to talented writer and directors from South Africa, Russia and the US looking for their ‘First Shot’ in the film industry. Previously two-time Academy Award winner, Kevin Spacey and Academy Award nominee, Willem Dafoe have starred in the competition’s films, with Uma Thurman this year taking the lead role in each winners’ film. All three filmmakers were flown to Hollywood in June where they worked with the actress to shoot their short, which will be shown at a special screening in LA and released on YouTube. 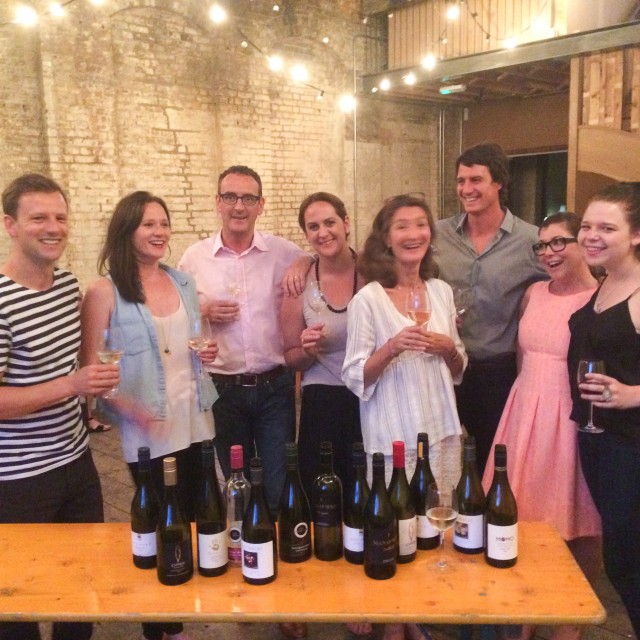 UK specialist merchant The New Zealand Cellar took over a south London warehouse last week to show off a collection of six Kiwi producers – Seresin Estate, Man O’War, Kim Crawford, Cypress, Greywacke and Neudorf – to 40 customers. The aim of the event was highlight the regional and varietal diversity within New Zealand, with a particular focus on encouraging people to look beyond the country’s prolific Sauvignon Blanc. 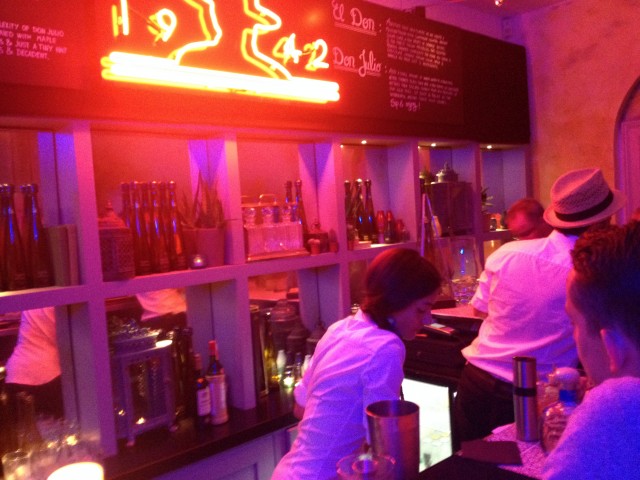 db‘s Neal Baker was this week invited along to the Diageo Reserve World Class House in Fitzroy Square, London to get a true taste of Mexico with Don Julio tequila. The premium spirit brand hosted a tequila cocktail experience in the basement of the luxurious Georgian building, with guests having to travel through a Mexican ‘travel agents’ office before entering into the Don Julio bar.  A particular favourite was the El Don, a Champagne cocktail that combined Moët with Don Julio tequila, bitters and brown sugar. 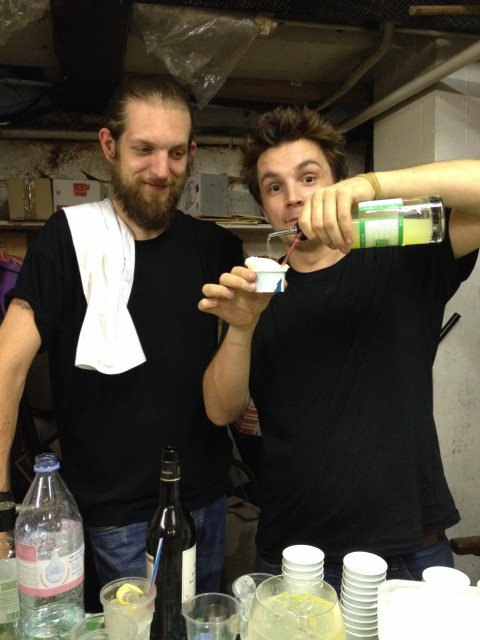 James Elliot (right) one half of Pizza Pilgrims with his brother Thom, practices his pouring skills at the Sohocello launch at Gerry’s Wine & Spirits in Soho. At the launch, bartenders competed to charm guests with different twists on Sohocello cocktails, from a Soho Mary to a White Negroni, though the triumph of the night proved to be Sohocello drizzled on top of Boca de Lupo vanilla ice cream. 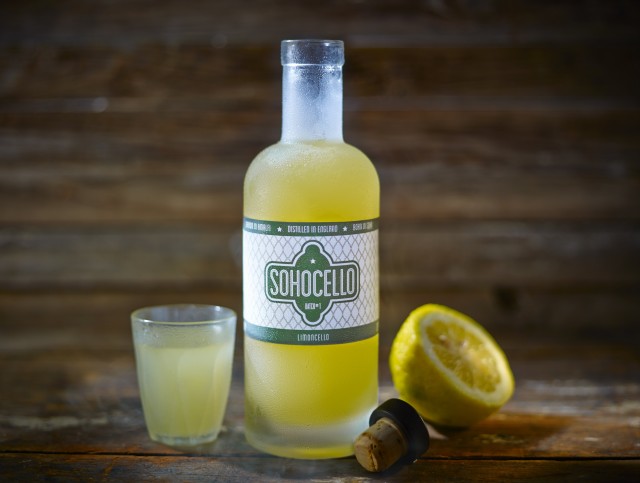 Grown in Amalfi and distilled in England, Sohocello is the fruit of a collaboration between the ever innovative lot at Herefordshire-based Chase Distillery and Soho newcomers Pizza Pilgrims. The idea for the drink was conceived by Pizza Pilgrims’ founders Thom and James Elliot during a trip to Italy in their Piaggio Porter van.

Driving in the hills above the town of Amalfi, the pair struck upon lemons with perfumed skins made by an 82-year-old Almalfi native, Luigi Aceto, that had benefitted from a unique combination of constant sun, a cooling mediterranean breeze and rich volcanic soil. Hand-peeled and macerated in small batches in Chase’s Hereford potato spirit for a week, every drop of lemon oil is extracted, giving Sohocello its trademark cloudiness.

Winemaker David Nieuwoudt, from Cederberg in South Africa, unveiled his new project in partnership with Julio Bouchon, of Chile’s Bouchon winery this week. The pair have created a 2013 Sauvignon Blanc called ‘Longavi’, made from selected vineyard parcels in the Leyda Valley – the result of three years of planning. It has a limited production of five thousand bottles and will be available from the Autumn of 2014 in the UK, exclusively through Bancroft Wines. 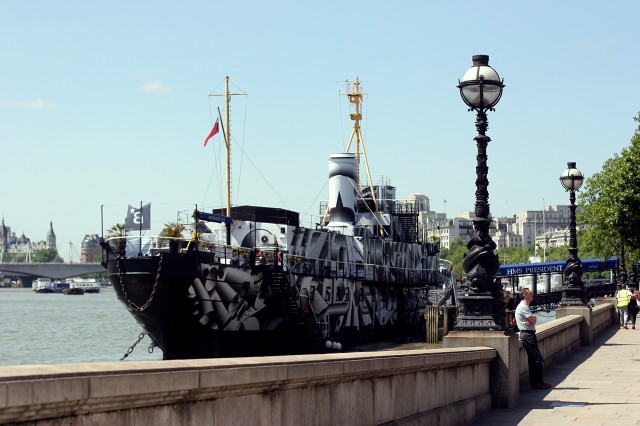 Drinks wholesaler Matthew Clarke extended its reach into the world of beer this week launching a new range of 80 boutique beers at two events in London and Newcastle which included masterclasses on beer and food matching tips from UK beer sommelier Melissa Cole. 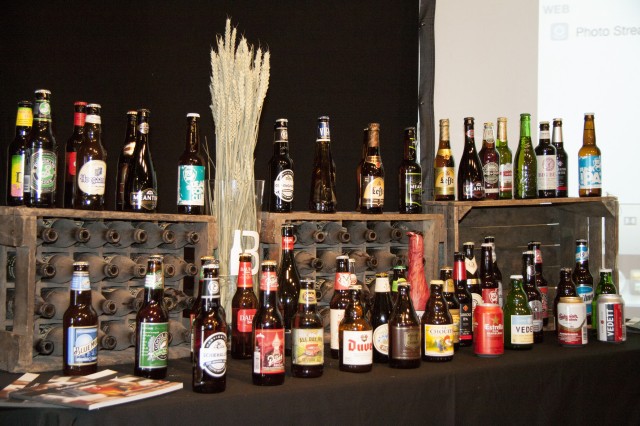 With a particular focus on US beers, new additions to its portfolio include Harviestoun, Flying Dog, Founders, and DNA and Scottish brewer Brewdog. Matthew Clark has also linked up with Duvel to offer customers a rotational font on six Belgium beers. 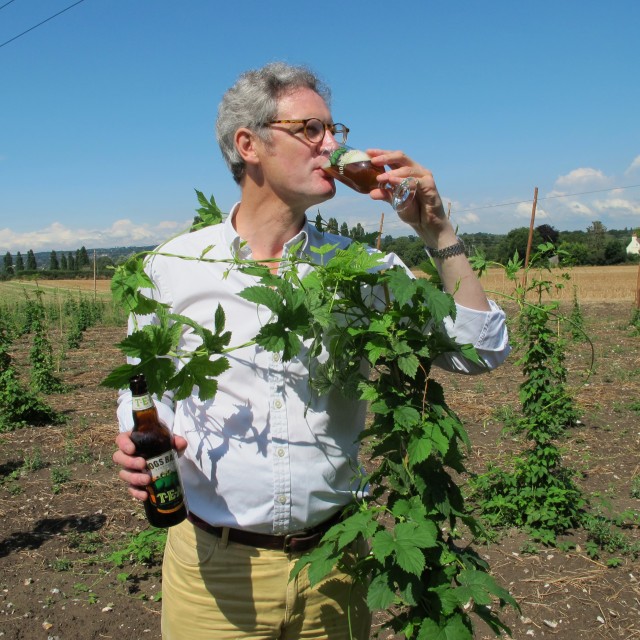 Rupert Thompson, chairman of Hogs Back Brewery in Farnham, Surrey, celebrates the successful growth of White Bine hop plants with a glass of Hogs Back’s flagship T.E.A. The Hogs Back hop garden was established in May 2014 and its first hops will be ready to pick this October.  Hogs Back will brew an initial 2.5 barrels of 100% White Bine beer in October for a harvest event they are planning. 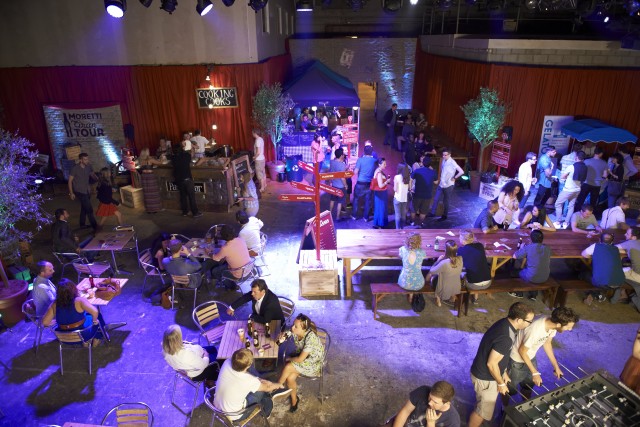 Birra Moretti’s Gran Tour, which seeks to celebrate Italian food and drink, kicked off in Manchester last week, featuring a DJ, table football and a selection of street food from different regions in Italy. Today it will reach London when Factory 7 in Shoreditch will be transformed into a celebration of authentic Italian food in the Moretti Street Food Market, where some of the UK’s leading Italian street food vendors will be showcasing their skills.

Pub operator and brewer Brakspear has been doing its bit to support the Friends of the Earth’s Bee Cause campaign by planting bee-friendly flower beds at 60 of its pubs’ gardens. Pubs which successfully establish a bee-friendly area, can then apply to the campaign for Bee World status by submitting a photograph.

Germany’s first American Classic Cocktail Bar celebrated its 40th year in Munich this week, the oldest operation of its kinf in Germany. Bill Deck first opened his now famous Harry’s New York Bar in 1974, later renamed Pusser’s. It is now under the guardianship of his son, David, who has been part of the business since 1998.

Tequila Patrón has unveiled its first ever Selfridges window in Oxford Street as part of the department store’s ‘Meet The Makers’ campaign to highlight artisan food and drink producers. Designed by Harlequin, the Patrón Selfridges window is designed to represent the estimated 60 individual hands that go into making one bottle of Tequila Patrón. The concept for the window was inspired by Artist Bruce Nauman’s show in 1996 entitled ‘15 pairs of Hands’.