Ballantine’s blended Scotch whisky has launched a campaign calling for a universal whisky emoji – a digital icon allowing whisky lovers to affirm their love of the drink online. 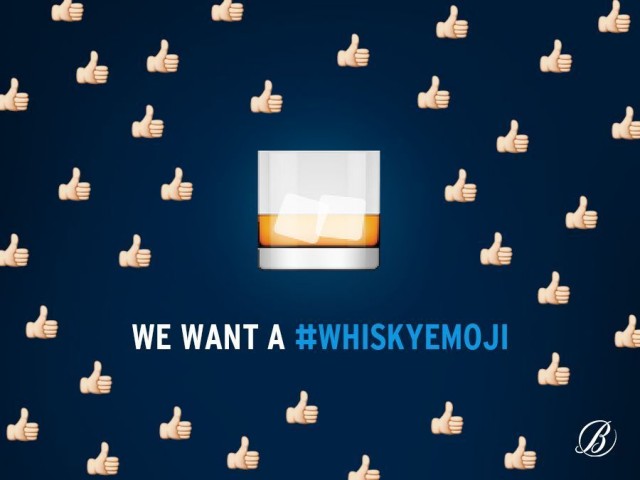 There are already emoji’s for wine, beer and cocktails, but not whisky, something that Ballantine’s is keen to put right having launched this very tech-savvy #WhiskyEmoji campaign.

It is hoped the campaign will inspire a developer to design an icon of a whisky glass that can be made available in consumers’ smartphone SMS apps, allowing them to signal their love of the drink with a digital icon when using social media sites and texting.

Launching its campaign, Ballantine’s said: “For years, beer drinkers have been able to share with their friends the imminent enjoyment of a pint using the beer emoji. Wine lovers, cocktail fans and even martini enthusiasts have been able to spruce up their texts about their favourite tipples with a selection of emojis. But what about the legions of whisky drinkers who seem to have been forgotten, with no whisky emoji available to decorate their digits with their favourite Scotch?

“This inequality has gone on for too long, so Ballantine’s, Europe’s No 1 Scotch whisky, is rallying support from whisky lovers around the world to make the #WhiskyEmoji a reality!”

Ballantine’s is calling whisky fans to use Twitter, Instagram and Facebook to show their support using using the hashtags #WhiskyEmoji #StayTrue in a bid to get the icon introduced.