UK publicans have something to cheer about after sales of pub-served beer rose by 2.6% between April and June — the biggest boost this century. 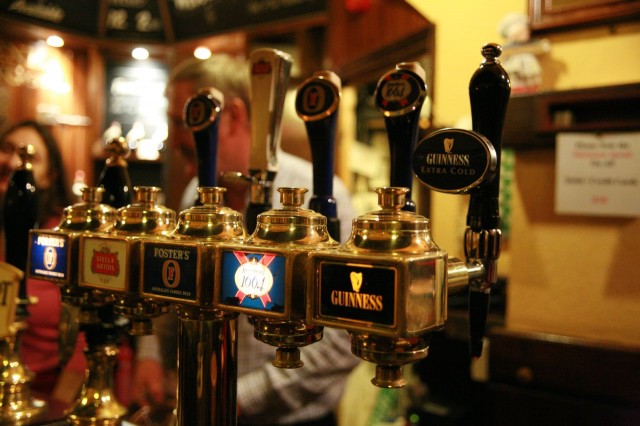 This growth spike in the on-trade is the first positive quarter for the sector since 2011, and it mirrors growth in overall beer sales which had the biggest upturn since quarterly analysis began in 1997.

The figures – revealed in research carried out by the British Beer & Pub Association (BBPA) – are a welcome relief for pub-owners who have had to face numerous threats to business over the last number of years, such as the smoking ban and the rise of cheap supermarket alcohol.

With pubs said to be closing at the rate of around 28 per week in the UK, the cut in Beer Duty is being seen as a welcome stabiliser for the pub industry and a contributing factor to the good sales figures in both the on- and off-trade.

A combination of a later Easter and the World Cup is also believed to have helped boost trade, along with this scraping of the duty escalator by Chancellor George Osborne in the latest Budget.

However the impact of the World Cup on beer sales is disputed, as the boost it provided to the sector has been seen to be much less than expected after it failed to match the stimulus provided by the 2010 competition.

Beer sales in off-licences and supermarkets saw the greatest boost in the quarter, with an increase of 16.9% on the same quarter in 2013. It also represents the first twelve month period where off-trade sales of beer were higher than on-trade sales.

Brigid Simmonds, BBPA chief executive, said: “It has been a good quarter. These figures show in dramatic fashion the continued impact of the Government’s decision to cut beer duty again, to encourage consumers towards our low-strength, British-made national drink.

“The boost for pubs is especially welcome. Two previous World Cup tournaments were unable to turn around declining sales – these new figures indicate that the industry is moving in the right direction.”

She continued, “With further cuts in beer duty, we can deliver on investment, growth and jobs.”