A report has criticised “weak” systems employed at a jail in the UK which have led to the seizure of illegally brewed ‘hooch’ 38 times in six months. 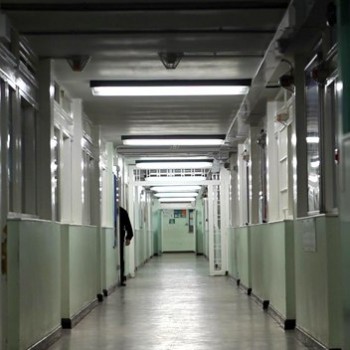 Following an unannounced visit to Gartree prison in the Midlands this March, inspectors reported that illegally brewed hooch had been seized by officers on average more than once a week, with prisoners stashing fruit and sugar to brew their own alcohol.

Writing in the report, Nick Hardwick, UK Chief Inspector of Prisons, said: “We heard many credible accounts from prisoners about the availability of drugs and ‘hooch’ (illicitly brewed alcohol) in the prison. Supply reduction processes were weak and it may have been that if prisoners had something more constructive to do, the ingenuity some showed in brewing hooch could have been put to better use. In any case, bored, resentful prisoners and a plentiful supply of hooch was not a good mix.”

The production of illegal alcohol is widespread across prisons with Dartmoor Prison banning inmates from buying large quantities of fruit and restricting access to sugar in 2009 in a bid to clamp down on the practice.

Another common brew found behind the walls of prison is Pruno – or prison wine – made from a cocktail of apples, oranges, candy, ketchup, sugar, milk and bread, which apparently provides the yeast component.

It is made using a plastic bag and hot running water with prisoners known to conceal the pulp during fermentation using a towel or sock.

Overall, Hardwick said Gartree Prison’s inmates and the wider community were “served well” and that it was “safe, decent and works effectively and innovatively” to reduce the risk of reoffending, but that there was “room for improvement”.

He said: “Some processes need to be tightened up and the prison needs to do more to reduce the risks of the too easily available drugs and alcohol. Above all, Gartree must ensure there is enough good quality activity available to provide all the men it holds with purpose, structure and the possibility of progress.”