C&C Group has hit out at “discriminatory” behaviour from Polish authorities, who forced it to remove advertising for cider brand Magners from Celtic football team shirts for a Champions League match against Legia Warsaw last night. 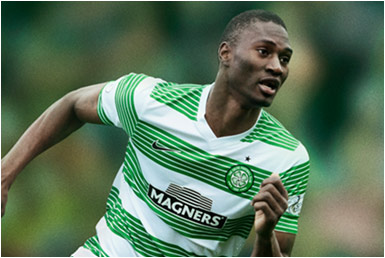 The drinks group was, however, able to feature its lager brand Tennent’s on team shirts instead, thanks to a loophole in Polish anti-alcohol advertising regulations that permits the promotion of beer brands.

However, C&C has expressed concern that the prohibition on cider advertising represents an “illegitimate and disproportionate barrier to the free movement of goods within the EU”.

The company claimed that “the privileged treatment of beer in Polish national advertising regulations may constitute an effective barrier to cider producers from entering the Polish market and may also raise other legal concerns, including fair competition, under Polish law.”

C&C has now written to the Scottish government, the Scottish Football Association and the European Cider & Fruit Wine Association to seek support in combatting what it views as “an unreasonable and disproportionate interference with the company’s right to commercial expression under the European Convention on Human Rights.”

Paul Condron, group marketing director at Magners, expressed his frustration at the rules, claiming: “Polish national advertising rules that allow beers to be promoted in and around Polish stadia and on TV while banning the Magners branding from the Celtic kit are clearly discriminatory.

Calling for the two products to be given equal treatment, he argued: “Cider has a similar alcoholic content to beer, it is packaged and drunk in a similar way and is the most comparable alcoholic drink to beer that there is. We can see no rational or persuasive reason for cider to be treated differently from beer, other than to protect the interests of local beer brands.

“C&C Group is committed to promoting its brands responsibly but we view these Polish national regulations as simply absurd.”