Professor claims terroir is ‘a myth’

The quality of some of the world’s top wines is down to a concentration of expertise rather than terroir, a French professor has argued. 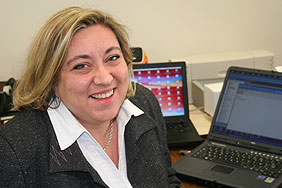 Top wines such as Champagne and Rioja are not successful because of the chemistry of the soil, the climate or local knowledge, but because of a concentration of expertise, according to a work co-authored by Professor Valéry Michaux, director of research at NEOMA Business School in Rouen.

Michaux claims the success of wine regions is not primarily down to how the wine tastes but rather a collaborative effort between like minded winemakers and producers.

Michaux cites California’s Silicon Valley as an example of the “cluster effect” which links several disparate circles together including a strong entrepreneurial culture, direct competition, continuous experimentation, innovation and mutual help and solidarity.

She argues: “The presence of a strategic alliance between professionals contributes significantly to the development of a single territorial umbrella brand and thus its influence. A strong local self- governance is also essential for a territorial brand to exist.”

The book was written by a team of French and international researchers from several disciplines within economics and management.

The group analysed the case studies of various vineyards around the world including those from successful regions Champagne and Rioja, developing regions such as those of Cahors and Armenia and more dispersed growers and co=operatives such as those in Northern Italy and Labanon’s Bekaa Valley.