The science behind Champagne ageing might be lost on the consumer but producers are striving to strike the right balance. 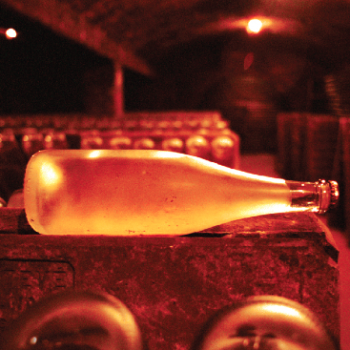 Presently, Champagne’s top tier, prestige cuvée, is increasingly promoting pricier expressions of the same products based on the complex concept of extended ageing on lees.

The idea that something might cost more because the production is tiny, the packaging is pretty, and the object has been genuinely hand crafted is easily communicated.

Furthermore, most consumers in wine and spirits are happy to incur an added expense for something older, especially if it is directly sourced from the producer.

But telling consumers they are paying more for the interaction of a wine and its sediment, including the by-products of a secondary fermentation in bottle, is harder, and especially when the science of this relationship is little understood.

Despite such a challenge, it seems that the Champenois, who a few years ago seemed to be championing single vineyard expressions for their rarity, are now promoting lees-aged blends for their complexity.

Scroll through to read some of the industry’s key figures’ thoughts on what the benefits are of late-release, recently-disgorged Champagne for the consumer… 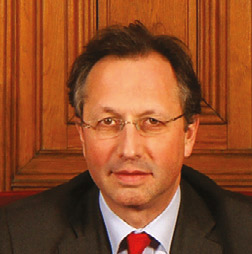 “In simple terms, having RD – Recently Disgorged – on every label links the consumer’s mind to the disgorgement date shown on every bottle. This then allows them to appreciate two very positive factors which influence the quality of the Champagne.

1. The length of ageing and the period of extended contact with the lees.
2. The period of rest post disgorgement which allows the Champagne to assimilate the oxidative shock.

“Very early on, Madame Bollinger had the intuition to recognise the importance of disgorgement and oxidative shock which occurs at this stage. Her audacious idea was to offer consumers the experience of a Champagne which was recently disgorged to allow them to appreciate a Champagne at the dawn of its second life, with the freshness of a recently disgorged Champagne.” 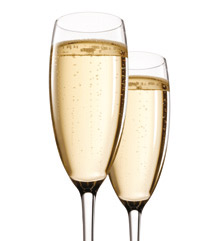 “Ageing on lees is a qualitative factor, but not an end in itself… Ageing on the lees brings roundness and complexity to Champagne, a greater length in the mouth, and in some cases tertiary aromas… Ageing on the lees is not the only factor in the evolution of Champagne as it continues to mature after disgorgement, and even in the basement of consumers, which gives it even more distinctive qualities than those conferred by ageing on lees. Thus, the time spent onlattesis not the only criterion, far from it, which determines the style and quality of Champagne.” 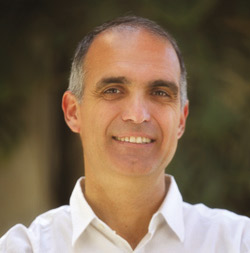 “Like most great wines, Champagne shows its difference after months and years of ageing. The soil, the subtle climate of Champagne, the research on root stock, varieties (massal selections and clones), the choice of the yeast, the élevage (stainless steel or oak, filtration or not…) all this affects the ageing potential and we all know that a great substance is extracted from the yeast sediment especially under a reductive situation which protects the wine from oxidation.

“The only question is not if, but how long, the process should last. It is all about taste…  Surprisingly, some of our cuvées mature well after dosage, even in tiny amounts as we produce almost only brut nature and extra brut. In still wines you have hundreds of combinations of factors that affect the evolution in the bottle; in Champagne due to the CO² and the yeast, you multiply it by three.” 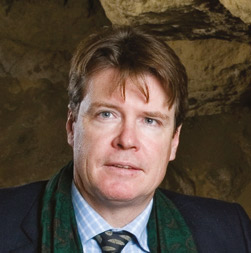 “Long term ageing on lees enforces ”le reaction Maillard” and adds depth and complexity. Pannier has a long ageing policy for all cuvées, even non vintage, and this is highlighted by the EV [Extra Vieillissement] medallion that appears on each bottle. For the vintages and blancs de blancs we usually work off six years minimum.

“Early this year due to a shortage we pre-released our blancs de noirs 2009 due to demand. The difference was apparent. With Egerie we usually hold back on first cork for 10 years depending on the vintage cycle. We have just released 2002 and will hold this vintage for the next couple of years.” 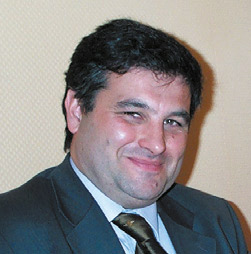 “Lees ageing is one of the main factors of the typicity of Champagne de Castelnau style, and not only for top end cuvées. Our brut reserve, which is our main cuvée and the flagship of our house, is aged at least 48 to 60 months before riddling and disgorging, when most of non-vintage Champagne is aged 24 to 36 months, and sometimes much less (legal minimum is 15 months after tirage before releasing). This factor is extended to our vintages, aged on lees from eight to 10 years before disgorging, when the average is between three to five years for “standard” vintages.

“This is why we describe our brut reserve as “a vintage soul in a non-vintage body” or as some others say, “a multi-vintage”.  Still we have found out, along with other houses, that if these long lees-aged wines were very good a couple of months after disgorging, they’re even better with six to 12 months ageing after disgorging, and top vintages like 2002 benefit from a couple of years more without losing their freshness but gaining even more complexity.” 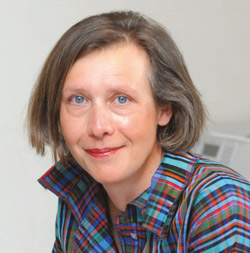 “Ageing on the lees improves the quality of the wine, and theoretically, extending the lees ageing is even better, provided the wine deserves or allows it.

“The quality of the raw materials used – the grapes – will determine the minimum time of ageing and the ideal period of lees ageing. Obviously reaching the latter is preferable. In terms of communicating this with the customers, it is important to highlight the main things that determine the quality of the Champagne:

1. The decision of the president of the Champagne house
2. The quality of the grapes
3. Time – which is a different concept from ageing!” 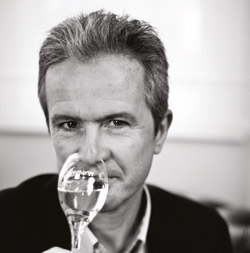 “An extended lees ageing is fundamental for Champagne quality. In Champagne, the law requires 15 months on lees for a non vintage cuvée and three years for a vintage before selling a bottle. This is the minimum amount of time and of course many producers allow for longer ageing. Indeed in the bottle, after second fermentation, the phenomenon of yeast autolysis begins and it takes a long time.

“Exchanges between the yeasts and wine are going to increase the quality of Champagne. You could say that the wine digests the yeasts.

“Many compounds like proteins, amino acids, polysaccharides or esters contained in yeasts are transferred very slowly and changed or combined.  And even if quantities are minimal, they contribute to enrich significantly the flavour profile of the wine and its resulting structure. All these compounds will also affect the wine and bubbles; extended lees contact ensures fine bubbles.”