A rooftop party hosted by The Benevolent to celebrate the end of the London Wine Fair has raised more than £10,000 for the UK’s drinks trade charity. 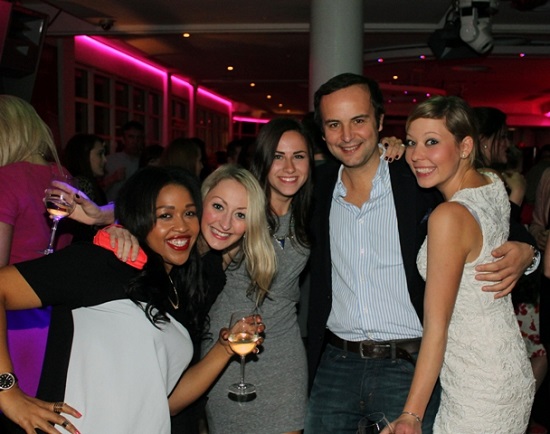 The sell-out event, which was held at Kensington Roof Gardens, was attended by more than 550 members of the drinks trade who were able to enjoy the venue’s 1.5 acres of roof top gardens boasting stunning views of the city’s skyline.

David Cox, The Benevolent’s chief executive, said: “It was a bit of a risk holding this party on the last night of the fair but, with generous financial support from the London Wine Fair organisers, Brintex, we agreed that it would be intended as a final celebration of a successful Fair.

“I am delighted to say that this proved to be true and I think we proved that the Wine Trade has not forgotten how to party and we now believe that The Benevolent Party will become the premier ‘must-attend’ party of the London Wine Fair in the future”.

Working on the theme “stylish and glam with a flamingo twist”, prizes were  handed out for Best Dressed Male, which was jointly awarded to Ewan Murray of the Wine Society and journalist Colin Hampden-White, and Best Dressed Female, which went to wine educator Laura Clay.

A selection of wines and beers were donated by sponsors which included Matua and Rosemount from Treasury Wine Estates, Y Series by Yalumba from Negociants, Shorn from Kingsland, Casillero del Diablo from Concha Y Toro UK, Estrella Galicia beer from PLB, Roscoe’s Craft Beer from The Winery Exchange and Mionetto Prosecco from Copestick Murray.

All proceeds from the night will go toward helping vulnerable members of the UK drinks industry facing medical or financial hardship.