The Meantime Brewing Company in London’s Greenwich has turned a construction site into the capital’s first permanent hop farm in more than 100 years. 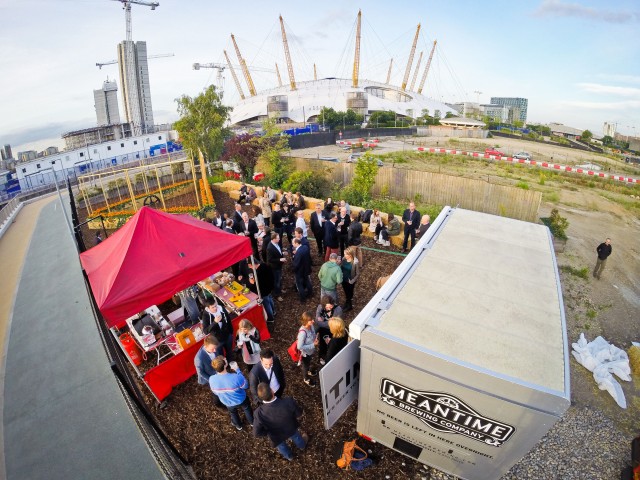 Built on the Meridian Line on the Greenwich Peninsula, next to The O2 and across the river from Canary Wharf, the urban farm is part of Meantime’s efforts to engage people with British brewing, which has seen a revival in recent years.

More than 60 breweries are now making beer in the capital, compared to just seven years ago when there were just three working outlets.

Rich Myers, Meantime’s marketing director, said: “London is an exciting place to be a brewer right now. The variety of ingredients at our disposal is huge and it allows us to pack flavour into our beer. I hope that our hop farm – the first in London in over 100 years – will make more of the public aware of that fact.

“While brewing was an industry that declined to an almost terminal point in London during the 1990s, a new generation of modern craft businesses has got it back on its feet and there are some fantastic beers that are bold, full of flavour and character – just like the city itself. The beer we will create is about championing our Capital’s rich brewing heritage.”

The hops will be harvested in September and used to create a beer at the Meantime Brewery in Greenwich.

It is hoped that the plants will produce around 9lb of hop buds in their first year, enough to brew 10 hectolitres of beer. 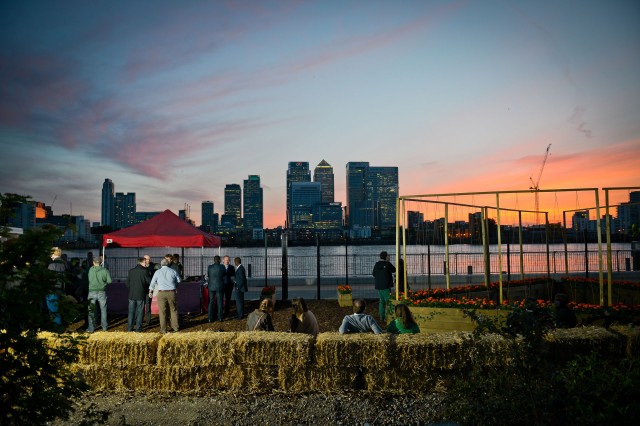