A professor sporting a particularly outlandish beard claims he was fired from a Christian university after his image was used on the side of a beer can. 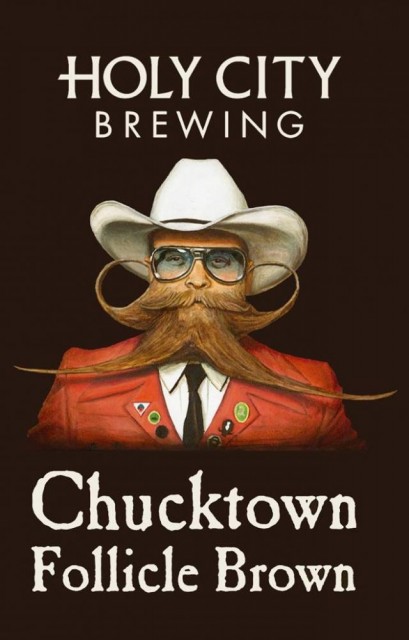 Dr Paul Roof, an associate professor of sociology at Charleston Southern University, was “terminated” from his position on Friday, according to a report by News 2, because the university deemed his image appearing on a beer can unrepresentative of a Christian environment, claims Roof.

The image, taken by a professional photographer at a beard and moustache competition, was used used on Chucktown Follicle Brown – a beer  brewed by Charleston-based Holy City Brewing.

Since announcing his firing on Facebook, Dr Roof said he has experienced an outpouring of support.

“The response. Social media, from students that I had 15 years ago, 8 years ago, has been overwhelming,” he said.

The image in question, in which Dr Roof is seen sporting an expertly curled beard and white cowboy hat, was taken during a “freestyle” segment of the 2013 Southeastern Beer and Moustache Competition held in Charleston.

Dr Roof, who has been a professor at the university for the past 15 years, claims he was unfairly fired and is said to be consulting a lawyer.

Chris Brown, an owner of the North Charleston brewery, told The Post and Courier that he was “shocked” by the news, but declined to comment on the specifics Dr Roof’s firing, while a university official told the University Herald it would not be commenting on the issue.