A Scottish entrepreneur has launched a new drinks brand with the intention of donating 20% of all profits made from its vodka to Forces and Veterans charities. 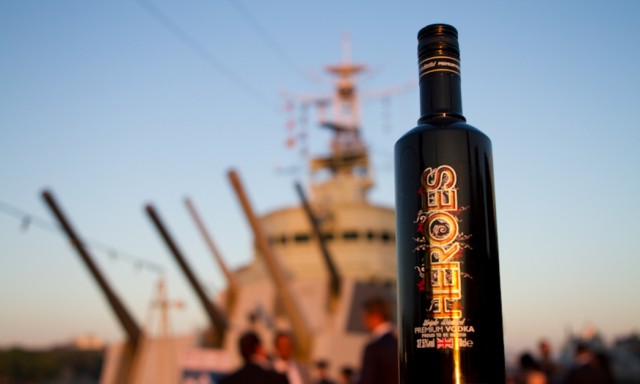 Edinburgh-based Heroes Drinks was established by 34-year-old Chris Gillan, a military veteran who has served three operational tours in the Middle East, two tours of Iraq and a third tour working with the SAS in Helmand Province, training the Afghan National Police.

The veteran set up the brand with the intention of raising funds for three charities, including the Royal Navy & Royal Marine Charity, the Army Benevolent Fund and the Royal Air Force Benevolent Fund, which will receive a fifth of all profits made from the sale of its Heroes Vodka.

The brand will also employ veterans, including those with disabilities caused by service.

He said: “The idea for Heroes came about after meeting the father of a friend of mine, who had worked in the wholesale alcohol trade for more than 30 years.”

“I wanted to create a business that produced a quality product, but also gave back to the Forces and veterans – and after getting some advice about the industry and suppliers, Heroes Drinks was formed.”

It was first trialled at the 20th anniversary of the Royal Logistics Corps at the Price William of Gloucester Barracks in April of last year.

Gillan added: “The product went down exceptionally well with everyone, but I just wasn’t happy with the packaging – so after doing some research on my own, I decided I needed to partner with an expert to help with that element, and to undertake sensory analysis of the product. That’s when I approached Interface, who helped to identify an academic expert at Abertay University, and advised on funding options that would help pay for the research I needed.”

Interface, a free service which connects businesses to expertise available within Scottish academia, advised the entrepreneur that he would be eligible for a £5,000 Innovation Voucher to cover the costs of his research.

He said: “Being able to access funding through the Innovation Voucher Scheme has meant I’ve been able to, with expert help from Food Innovation at Abertay, test Heroes Vodka to an extent I hadn’t previously considered. Not only have we looked at consumer acceptability in relation to branding, price and taste, but we’ve utilised state of the art consumer eye tracking technology as well.”