Australian beer giant Carlton & United Breweries (CUB) has been fined AU$20,000 for misleading customers about the origin of a new lager brewed more than 600 kilometres from where the company claimed it was made. 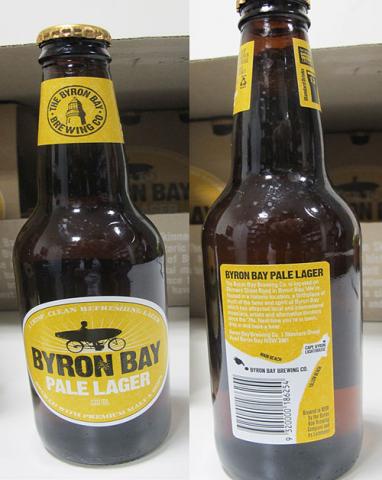 The Australian Competition and Consumer Commission (ACCC) watchdog raised concerns over CUB’s Byron Bay Pale Lager which was marketed as being the product of a small local brewer in Byron Bay, when in fact it was produced and bottled at a CUB brewery 630km away in Warnervale, near Sydney.

Its label included a map of the coastal town, a lighthouse, and a person riding a bicycle with a surfboard under their arm with the text: “We’re housed in an historic location, a birthplace of much of the fame and spirit of Byron Bay which has attracted local and international musicians, artists and alternative thinkers since the ’70s. Next time you’re in town, drop in and have a beer.”

Rod Sims, ACCC chairman, said: ”Many small brewers cater to consumers who prefer to support small, niche businesses. ‘When large companies portray themselves as small businesses, it undermines the unique selling point that such small businesses depend upon, and it misleads consumers.”

He added: “This is an outcome that protects the interests of both beer buyers and small brewers.”

The brewer was fined $20,400 for the breach acknowledging that its label may have misled customers and agreed to stop distribution of the product.

CUB began supplying Byron Bay Pale Lager in 2013 after it was licensed by the Byron Bay Brewing Company to produce and supply the product nationally.

The Byron Bay Brewing Company also sells the locally made beer on tap in the town.