The Pinot Noir Masters 2014: The medalists

LONG BEFORE Hollywood delivered a eulogy to Pinot Noir in Sideways, Burgundy’s red grape has held a special position among wine lovers. Revered for its pretty aromas, smooth-textured sweet fruit, and an almost weightless sensation in the mouth, Pinot Noir can create a vinous experience no other grape can emulate, and, as a consequence, the world’s most expensive wine: La Romanée-Conti.

In a crowded wine competition arena, The Drinks Business Global Pinot Noir Masters stands out for its assessment of wines purely by grape variety rather than region.

Divided only by price bracket and, for ease of judging, whether the style was oaked or unoaked, the blind tasting format allowed wines to be assessed without prejudice about their country of origin.

Wines were scored out of 100, with those gaining over 95 points being awarded the top title of Master. Those earning over 90 points were given a Gold, those over 85 points a Silver and those over 80 points a Bronze.

The wines were judged by Masters of Wine and Master Sommeliers on 5 February 2014 at The Modern Pantry restaurant in London.

However, as with any noble grape, there’s a wide range of styles depending on not just where it’s grown, but who has handled it, and for whom. And following a tasting of almost 300 unblended Pinots, it appears that this single grape is the source of remarkable diversity.

The tasting was part of db’s Global Masters series, begun last year with Chardonnay, and continuing this year with Pinot Noir, and, as Wine Society buyer Sebastian Payne MW – a judge and chair in both competitions – remarked after the latter tasting, “With Chardonnay, there were very few disappointments, but so many of the wines tasted the same; with Pinot though, the wines were much more varied.”

Payne was just one of eight Masters of Wine (and one Master Sommelier) who were selected to assess the Pinot Noirs, which were served blind, but arranged according to price band as well as style, so that wines were tasted in the fairest possible order: low-priced to high, unoaked to oaked, light-bodied to full.

This format saw the highly experienced tasters focus purely on the quality of the Pinots without any sense of where they were from, with as many as 16 countries featured in the line-up.

Of course, without prior knowledge of the source, the assessment of quality centred on style. Here, thankfully, there seemed to be consensus among the judges. At the cheaper end of the spectrum, it was felt that low-levels of residual sugar were acceptable – though not desirable – while the tasters also agreed that below £10, Pinot Noir is best without oak influence.

At higher prices, the tasters were looking for an open, pretty nose; an attractive, smooth texture, and enough freshness to ensure the drinker wanted more. Whatever the price though, the wine had to be recognisably Pinot – and although that meant the wine could exhibit flavours from red to black fruits, it needed to be combined with a relatively light body for a black grape, the aforementioned smooth texture and a refreshing finish.

Without knowledge of abv, the tasters had to rely on any impression of excessive alcohol, usually a warming to hot finish. In search of natural balance, judges still scored moderately high alcohol wines generously, as long as the perception of alcohol complemented the fruit concentration. Similarly, when it came to the influence of oak, wines which did well had a good balance between barrel- sourced flavours and tannins and the weight of fruit. Where the oak dominated, medals were not awarded. Also, the level of fruit ripeness was a point of some discussion. The tasters rewarded those wines with bright flavours, particularly lively red fruit, and not examples with a stewed, sometimes raisined character. While the latter style can produce a sweet sensation, it also caused premature colour and perfume loss, and a flat, short finish. Of course, attempting to achieve optimum ripeness for Pinot requires not just cooler viticultural climes, but also well-judged harvest times. And as for achieving Pinot’s signature smooth texture, that requires not just the right site and careful vineyard management, but also cellar practices that are gentle. Heavy-handed maceration techniques can easily give harsh tannin and a drying sensation, although this was rarely seen in the competition entries.

In essence, according to Payne, “Pinot has to smell wonderful and have a fantastic texture, and to achieve a silver medal or above the wine has to have a long length.” Such is the difficultly in achieving this combination that the Pinot Noir Masters saw far fewer top medals awarded compared to its competition forerunner, the Chardonnay Masters. But when the Pinots were good, they were really good – making them an immense pleasure to taste.

So what did the results reveal? While there’s a risk of drawing generalisations from such a snapshot in the great world of Pinot plantings, there were certain patterns worth highlighting. Of the 16 countries that featured in the competition, it was New Zealand which took home the highest proportion of medals, gaining 25 medals from 27 wines entered. As Payne commented after the results were revealed, “For me, Pinot Noir is all about bouquet and texture, and New Zealand has delivered bouquet.”

However, it was the US that got the best results, home to the sole Master, the competition’s highest accolade, which was awarded to the Schug Winery’s Carneros Pinot Noir from the cooler 2011 vintage in California. The US also dominated the golds, gaining six of the 11 awarded in total, with both Oregon and California achieving impressive scores.

In total, North America gained 27 medals from 32 wines submitted to the competition, confirming California’s ability to produce Pinots of generosity and poise, and Oregon’s position as one of the world’s most highly rated places for this pernickety grape, after Burgundy.

Nevertheless, it was Chile that got the most accolades overall, achieving 28 medals, which were split between 2 golds, 8 silvers and 18 bronzes. This was from 44 entries however, meaning that Chile was also responsible for a large number of wines which didn’t achieve good scores from the judges.

Notably, it was Chile that dominated the medals in the sub £10 price bracket, confirming its reputation as a source of extremely price-competitive Pinot. “Chile still delivers the best value juicy fruit style cheaper Pinots, though Eastern Europe still shows promise,” commented Payne after the results were revealed. And if there was a “weak link” in the tasting according to Richard Bampfield MW, that was South Africa. The country in fact achieved 11 medals from 17 entries, but Bampfield said that he felt the wines “failed to impress” with a “slight flatness to the Pinots”.

But what about France? This country’s tally of top medals suffered perhaps from the few entries at the expensive end, while the lower end of the price spectrum performed only moderately well. “We occasionally find good Bourgogne rouge, but it’s still a rarity,” commented Payne, alluding to his general experience of buying French Pinot. Nevertheless, the country collected seven silvers; a number boosted by France’s strong performance in the sparkling category, above all with Champagne blanc de noirs. Payne pointed out: “Pinot Noir sparkling wines are serious… quite different from blanc de blancs with a special red currant aroma that adds freshness and excitement when done well.”

Finally, it was pleasing to witness some of Australia’s new Pinot Noirs performing well, with the country’s Tapanappa, Eileen Hardy and Tolpuddle Pinots all gaining silvers.

Interestingly, despite the high number of entries and range of styles, the judges agreed that the tasting had not been too fatiguing. As Bampfield summed up, “I love tasting Pinot Noir, and I thought the wines were delightful. Good Pinot has a briskness that means it’s not tiring to taste.” With Cabernet Sauvignon the next focus of db’s Global Masters tasting series, one doubts the judges will be feeling the same way after a day assessing wines made with this thick-skinned grape. 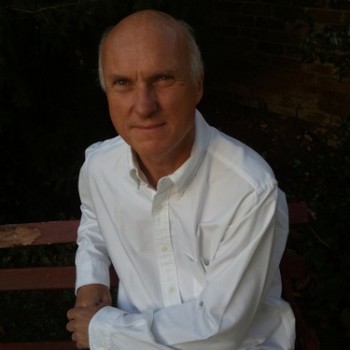 With Pinot Noir I’m looking for perfume, freshness, delicacy, texture and harmony… and I’m also looking for that sweet attack at front of palate which you get with good Pinot.

It can finish dry and mouth- watering, but the attack at the front must have more sweetness than other grapes. It is one of things that makes Pinot very attractive.

Oak is really important, and part of the charm of most top Pinots is the use and quality of oak. But I think it is a question of balance. In Burgundy most of the top wines I can think of are definitely aged at least in part in new oak. The light use of oak helps give Burgundy a structure Pinot doesn’t have on its own… but it has got to be delicate and sensitive to the vintage. 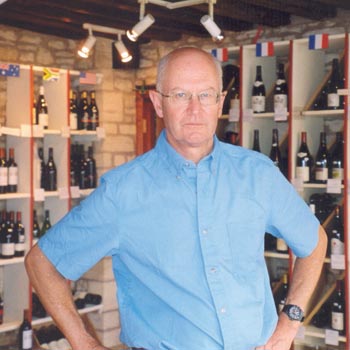 I think that marginal ripening is the key to success for all varieties but  especially for pernickety Pinot where the window of optimum maturity is so short. Freshness is always essential and so stewed fruit is to be avoided at all costs both in the vineyard with picking too late and then in the vinification when over extraction is the danger. As with great tennis players the greatest are always those who make everything look easy eg Federer (rather than Nadal).

Effortless, almost weightless energy is more exciting and refreshing than something that was a struggle. So natural balance is the key.

Correct if you have to but always remember that the greatest results will come from fruit that needed neither chaptalisation nor acidification.

Acidity is much more important for the structure than tannin. Colour is almost irrelevant so do not be prejudiced by light colours. Think of what Mugnier does with his Musigny.

I look for perfume and purity and precision. I hate jammy fruit and over- concentration, which is the enemy of finesse. The target is delicacy rather than power, hence the vital importance of natural acidity. Bright cherry fruit is more appealing in a young Pinot than stewed prunes. 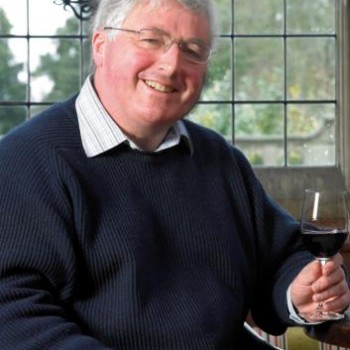  For me Pinot is all about bouquet and texture. New Zealand has delivered bouquet. Their vineyards, originally planted with the Swiss clone best suited to sparkling wine production, have been replanted with classy scented clones and the results are increasingly excellent, though Otago can be soupy in the years when it can harvest despite the elements.

Chile still delivers the best value fruit and juicy style cheaper Pinots, though Eastern Europe shows promise.
Texture is the crunch with pricier wines, length of flavour and complexity – a hard combination to find. Pinot Noir sparkling wines are serious I think and deserve a mention. They are quite different from blanc de blancs with a special redcurrant aroma that adds freshness an excitement when done well.