New York’s Brewery Ommegang is set to release the third in a range of beers based on the hit TV show, Game of Thrones. 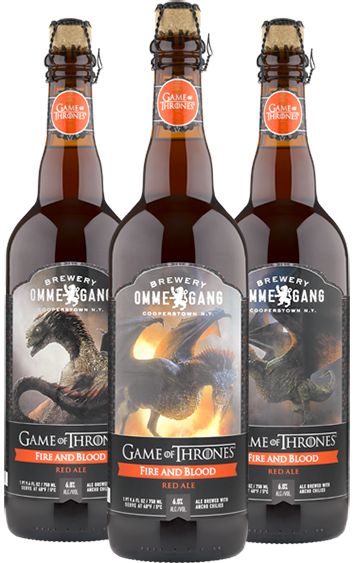 Fire and Blood, a 6.8% Belgian ale, will be released on March 31 to coincide with the start of the HBO series’ fourth season.

The brewery describes the beer, which uses CTZ, Styrian Golding and German Tettnang hops, as having a “deep, dark red hue with a persistent, creamy off-white head” and aromas of “ripe fruit, raisins, malt and slight spice, followed by a slightly floral and spicy hop character”.

Ancho chillies were also used in its production.

Fire and Blood was inspired by Game of Throne’s heroine and dragon mother, Daenerys Targaryen, whose three dragons, Drogon, Rhaegal and Viserion adorn the beer bottle.

Game of Thrones season four premieres on HBO on 6 April.