Hobbit wine goes under the hammer

A bottle of Hobbit wine given to the stars of the The Hobbit: An Unexpected Journey by its director Peter Jackson is set to go under the hammer at a charity auction. 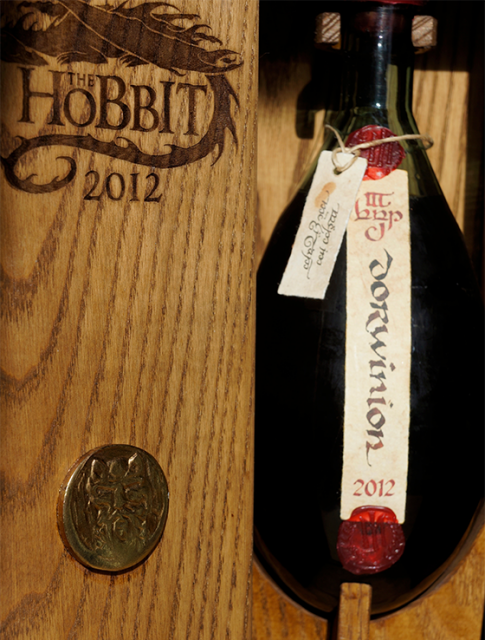 Aidan Turner, who starred as the dwarf Kíli, has donated his bottle of “Elvish Dorwinian” red wine to the Dingle Film Festival in Ireland to be sold in its upcoming charity auction.

Jackson gave the bottles of Middle Earth themed New Zealand 2012 Pinot Noir to the cast and crew on completion of filming, with this particular bottle signed by Turner himself.

Presented in a handmade wooden case crafted by Weta Workshop, the box boasts a Dwarvish gold coin on the front while the wine features the Dorwinion wax seal emblem.

Within the world of author JRR Tolkien, Dorwinion, or Dor-Winion, was a land which produced a “heady wine” mentioned as the place where the special wine of the Elven-king comes from.

The auction will take place on Friday, 14 March, at the Dingle Film Festival’s Gala Fundraising Event at The Dingle Distillery in Co. Kerry.

The film festival, which supports filmmakers and celebrates contemporary Irish and International cinema, runs from the 14 to 17 March.