Sales of Bourbon are booming in London bars and restaurants, fuelled by a spike in American-themed new openings in the capital. 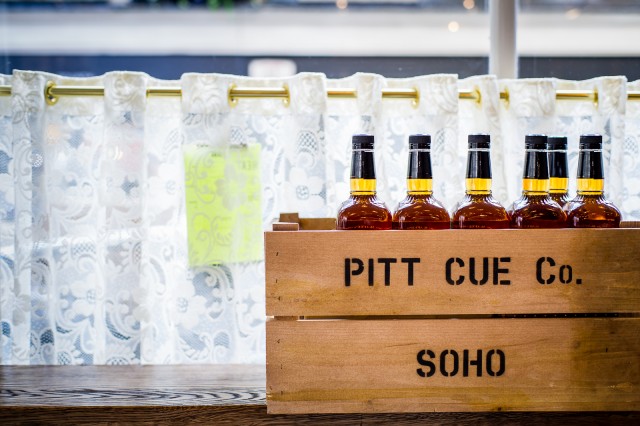 Recent additions to London’s burgeoning restaurant scene, including The Lockhart in Marylebone, Jackson & Rye in Soho and Steam & Rye in the City are helping to shine a light on Bourbon and rye with strong offerings of each spirit.

Racing-themed bar The Whip meanwhile, which recently opened in Mayfair, goes one step further by honing in on Bourbon-based classic cocktail, the Mint Julep.

“I thought there was a gap in the market for a bar that focuses on an unsung cocktail that deserves a light to be shone on it,” co-founder James Chase told db.

“Juleps conjure thoughts of the Kentucky Derby, sunshine and happiness – what’s not to like?” he added.

At Nola bar in Shoreditch, Bourbon is the bar’s number one selling spirit, accounting for a third of spirit sales with the inclusion of rye, which is used in the bar’s signature sip – the Sazerac, due to Nola’s New Orleans roots.

“A lot of classic cocktails, like the Old Fashioned and the Manhattan, call for Bourbon. Our Bourbon Street Blues – a twist on a Manhattan using Four Roses, vermouth and crème de mure, is selling like hotcakes,” co-owner Dan Priseman told db.

“Bourbon is starting to give Scotch a run for its money. We’re increasingly coming across connoisseurs who are looking to try our top single barrel offerings,” he added.

Proving just how serious it is about Bourbon, at the Danish-owned Modern American Steak House (MASH) in Soho, Scotch, Cognac and Japanese and Irish whiskey are shunned in favour of Bourbon and rye, with the bar specialising in hard to source vintage offerings.

“We get a lot of regulars coming in to try our older offerings and single barrel Bourbons – I’ve noticed women taking a particular interest in them,” head bartender, Ondrej Pospichal, told db.

Bourbon sales are also booming at the Bourbon Bar at JW Steakhouse on Park Lane, with bar manager Karina Elias reporting a 70% uplift in year on year sales.

The bar lays claim to having the best Bourbon list in London, with over 130 different labels on pour, including pre-prohibition examples and rare vintages.

“The top Bourbons are now commanding high prices in the UK and the US, which proves how seriously consumers are taking the category,” Elias told db.

To meet the growing demand for small batch Bourbon in the UK, last month Jim Beam released a 12 Year Old expression onto the market priced at £40 a bottle.

“Interest in the category is at an all-time high, so it’s an exciting time to be introducing this ultra-premium small batch Bourbon in the UK,” said Eileen Livingston, marketing controller for imported whiskey at Maxxium UK.

An in-depth look at the Bourbon category will appear in the March issue of The Drinks Business, out next week.