A brewery housed in an Austrian castle is offering guests the chance to take a dip its underground beer swimming pool – the only facility of its kind in the world. 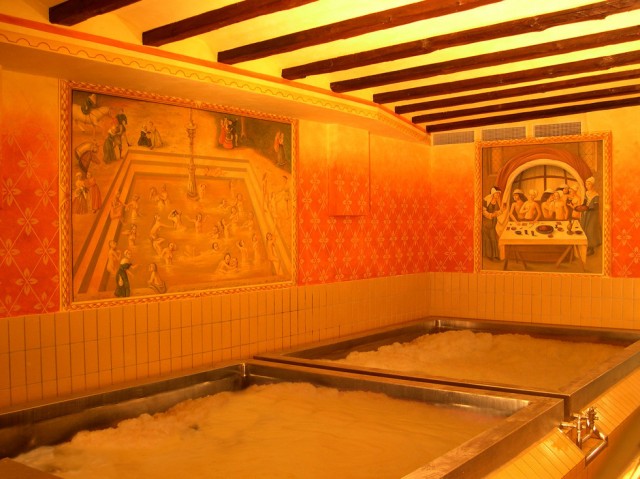 The Schloss Starkenberger brewery in Tyrol is home to what is thought to be the world’s only beer-based spa located in its 700-year-old castle brewery’s underground vaults.

Its old fermentation rooms boast seven 13-foot long spa-like baths in which guests can immerse themselves in 12,000 litres of warm water enriched with 300 litres of Biergeläger, in what is essentially the waste from the production of beer.

The brewery claims that bathing in beer has enormous health benefits from improving circulation, while the yeast is apparently good for the skin.

The brewery’s abandoned basement was re-designed to include a beer spa by artist Wernfried Poschusta, and has been inviting guests to take a dip as part of a guided tour of its facilities since 2005. 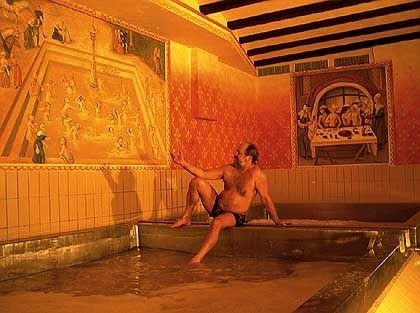 You cannot drink from the pools but it is possible to order one of the brewery’s speciality beers from its bar.

Starkenberger produces four million litres of beer each year, which is only sold in the small Austrian region of Tyrol.

While the castle dates back 700 years, the brewery itself was founded 200 years ago by Anna Strele. In 1985 it was taken over by the Amann family and has since been modernised.

Today, more than 10,000 people visit the castle each year to see the working brewery in action, swim in its famed beer pools and take a peek inside its 16th-century ice cellar.