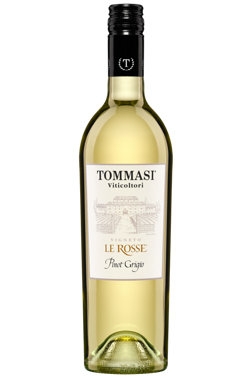 Rebecca Murphy, writing in The Dallas News, recommended this “intensely powerful” Pinot Grigio from the Veneto region in north-eastern Italy.

She said: “If you have been disappointed by watery, thin Pinot Gris-Pinot Grigio in the past, try again. You’ll appreciate the concentrated flavours of ripe pear, apple and grapefruit zest with flinty mineral highlights. It’s round and intense in the mouth, with zesty acidity to keep the flavours bright and lingering. You may find the 2012 vintage in the market, too. It is as flavourful as the 2011, with a lively freshness. Enjoy it with a sautéed white fish or a grilled shrimp taco.

She added: “The Tommasi family is better known for its traditional red wines, Valpolicella and Amarone della Valpolicella, but the family clearly treats the making of this less-expensive white wine with the same level of care. All their vineyards belong to the estate, and they farm their vines for intense flavour.”

Dave McIntyre, writing in The Washington Post, recommended a selection of Grüner Veltliner’s this week – a white wine grape variety grown primarily in Austria, Slovakia, and the Czech Republic.He rated this 2012 vintage from Austria as “exceptional”.

He said: “This is a subtle wine, ripe and fleshy in texture, yet it grows on you as you pay attention to its flavours after swallowing.”It will make nearly any food taste better, though it stands alone quite proudly.”Price: $25 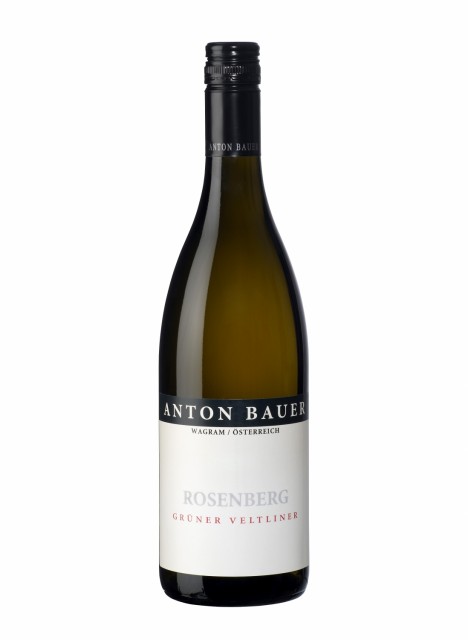 Another of McIntyre’s picks was this 2012 vintage from Anton Bauer which he said evoked flavours of “lemongrass and chalk”.

He said: “Anton Bauer produces a range of Grüners priced from about $10 to $28, all of them good. His single-vineyard bottlings, called Gmörk, Rosenberg and Spiegel, serve as an affordably priced tutorial in the subtle differences among vineyard sites. They progress in vine age as they move up the hillside, with Spiegel at the top. The Rosenberg offers textbook Grüner flavours of lemon grass and chalk, with floral talc sprinkled in.”

The wines of Tablas Creek were showcased by Sandra Silfven, writing in The Detroit News this week.

Silfven described the Californian winery, founded in 1989 by the Perrin family of Chateau de Beaucastel in the Rhone Valley of France and American importer Robert Haas, as having a “modern take on old-world wines” with grapes picked off vines brought directly from the Rhone region in France.

Of this Roussanne varietal she said: “Intense, elegant and well-structured: This single varietal wine is a great snapshot of this important white Rhone grape. Aromas are honeyed with white floral notes and zesty ripe pear. Most of the estate-grown Roussanne goes into the Esprit Blanc, but when there’s an exceptional vintage and there’s a little left over, they bottle it as a single varietal.

“They made 750 cases of the 2011 Roussanne.  It’s fermented off native yeasts in large, neutral wooden vats to diminish the impact of the wood. See this Tablas Creek blog item on the vats, also known as foudres. This wine is still young and closed in. Tablas Creek expects you to be able to age this wine for a decade.” 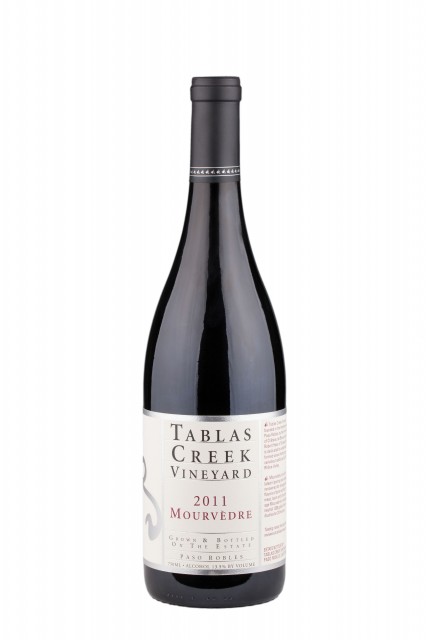 She said: “Soft tannins, and lush flavors of dark berries, fig, plum and chocolate offer a rare taste of this single varietal Mourvedre, usually a blending grape that Tablas Creek puts into its Esprit de Beaucastel.

“This red was fermented in stainless steel and moved to large wood vats to complete fermentation. Various lots were blended in May of 2012 and then aged another year in 1,200-gallon foudres — large neutral vats popular in the Rhone — and bottled in April of this year.”

This 2005 Gran Reserva Rioja was the top pick of Irene Virbila, writing in The LA Times this week.

She said: “Hard to believe, but the 2005 is the latest release of the LAN Gran Reserva Rioja works on a different time scale than the rest of the wine world, releasing its reds only when they’re ready to drink. The 2005, mostly Tempranillo with just 10% each Mazuelo and Garnacha, still tastes youthful.

“Such a pretty wine with notes of cherry, spice and earth — and a pleasant rasp of tannin. Perfect for a plate of jamón ibérico and chorizo.”

This $5 Burgundy from the Gallo Family winery was Michael Dresser’s wine pick this week, writing in The Baltimore Sun, which he described as a “proud working-class wine” that “deserves respect”.

He said: “Yes, Gallo Hearty Burgundy. You got a problem with that?

“This iconic wine, which led Gallo’s move away from sweet fortified wines and into the realm of table wine, is celebrating its 50th anniversary. For as long as I can remember it’s been a superb value. In 1972, “Time” put the wine on its cover and called it the best wine value in the United States. Not much has changed. It offers generous fruit, vinified dry, and a soft texture.

“There are nice dollops of blackberry and plum flavour. It’s not complex, but at this price who expects it to be? It’s a proud working-class wine and it deserves respect.”

Dennis Sodomka, writing in The Augusta Chronicle, recommended this “full and rich wine” boasting aromas of “peach, pear and apple”.

He said: “Napa Valley produces exceptional Chardonnay, and Flora Springs has been winning medals with it since the first vintage in 1978. And at around $20 it is a steal.

“The lure starts with lush aromas of peach, pear and apple with hints of spice. The wine is made in a lean style, with just a little oak influence, bringing flavours of green apples, tropical fruit and citrus. The crisp acidity is balanced by an underlying creaminess, creating a full, rich wine.

“The grapes come from estate vineyards in three highly renowned growing regions in the Napa Valley: Oakville, Carneros, and St. Helena. Blending fruit from the warmer appellations on the valley floor and the cool, rolling hills of Carneros creates a Chardonnay with great intensity and restraint. The grapes all come from sustainably farmed vineyards.

“The key word for this wine is balance. Everything is blended perfectly to create a balanced wine with some depth and complexity.”

This Californian Chardonnay, described as “balanced, bright and lush”, was Colette Bancroft’s top pick this week, writing in The Tampa Bay Times.

She said: “Our wine this week is a traditional California Chardonnay that manages to be both lush and clean at once. Oak and vanilla play their roles in the 2011 Carmel Road Monterey Chardonnay (about $17 at supermarkets and elsewhere), but they are restrained members of the ensemble rather than scene stealers. One hundred percent chard grapes were sustainably grown in the Arroyo Seco appellation.

“This big white’s bouquet leads off with peach and vanilla accented by musky cantaloupe. On the tongue, a whole cast of flavours cavort: pear, cantaloupe, vanilla, oak, clover honey and a bit of ginger for edge. The blend is harmonious and luscious but not in the least cloying. A whisper of white pepper after midpalate lends zing, before the wine segues into a clean lingering finish. Overall, this wine is beautifully balanced, bright and lush.”

Bancroft recommended pairing this wine with a “pork tenderloin glazed with mustard and maple and chicken stuffed with fresh garden herbs and simply roasted.”

Finally, Beppi Crosariol, writing in The Globe and Mail, recommended this 2010 Australian Shiraz.

He said: “Thorn-Clarke is the winery. William Randell is the family’s 18th-century ancestor who designed a paddle-steamer to navigate the Murray River. Good thing the watercourse was not as thick as this Shiraz, a luscious liquid of currants, plum jam and vanilla nuanced with pipe tobacco and black pepper.

“It would be perfect for rich, stewed-meat dishes.”