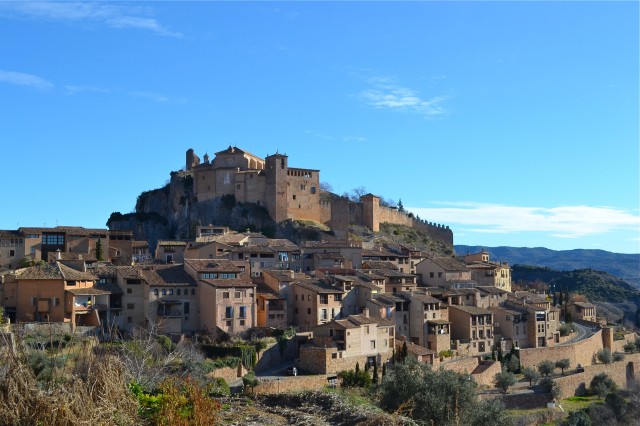 I was lucky enough to be invited to Somontano in northern Spain this week to take part in an annual truffle hunt organised by Viñas Del Vero. Along with a willing team of chefs, sommeliers and wine writers, we decamped to the sleepy and heart-stoppingly beautiful village of Alquezar, inhabitants 300. 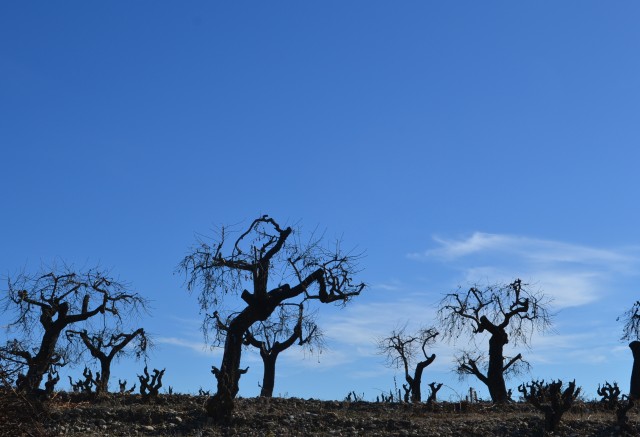 While it had snowed heavily at the weekend, on the day of the hunt we were treated to blazing blue skies and glorious sunshine. Heading up the hills of the Secastilla Valley, we stopped off at Viñas del Vero’s La Miranda vineyard, filled with gnarly old Garnacha bush vines, the fruit from which goes into the estate’s La Miranda de Secastilla Old Vine Garnacha, which exemplifies the heights the grape can achieve with vine age and low yields. 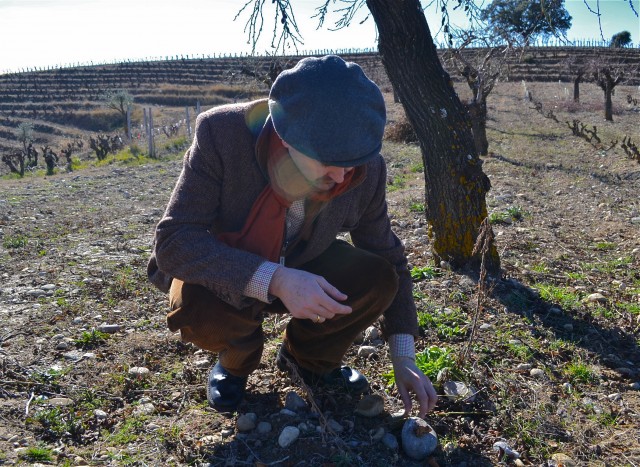 While home to an abundant crop of bush vines, the La Miranda vineyard also boasts a bounty of olive and almond trees. The latter proved an exciting discovery for Sam Clark, co-owner of Spanish restaurants Moro and Morito, who took the opportunity to pick (and eat) handfuls of almonds fresh from the tree. 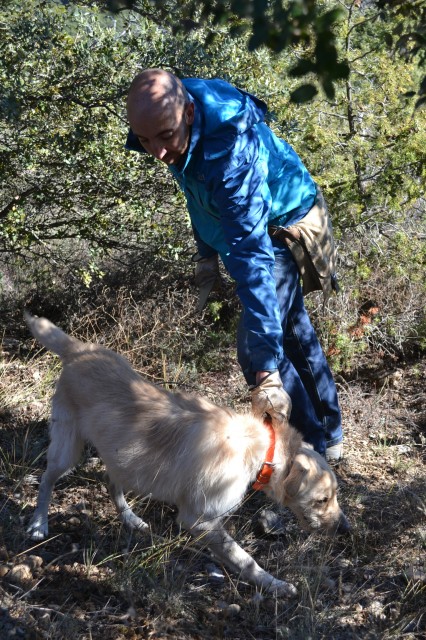 Leading the truffle hunt was Mario and his furry accomplice, Theo. At just two years old, Theo is still a work in progress and seemed more excited by us than the prospect of doing his job, though after some coercion he leapt into action. 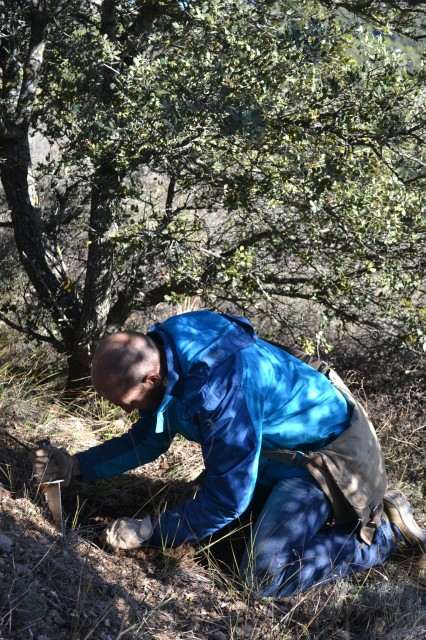 Having sniffed out potential treasure, Theo scampered off, leaving Mario to do the digging… 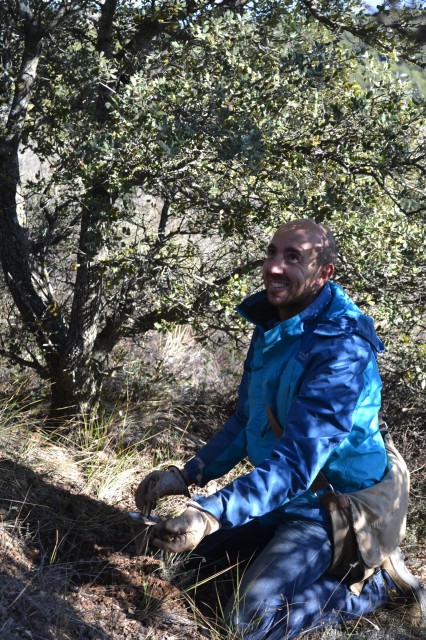 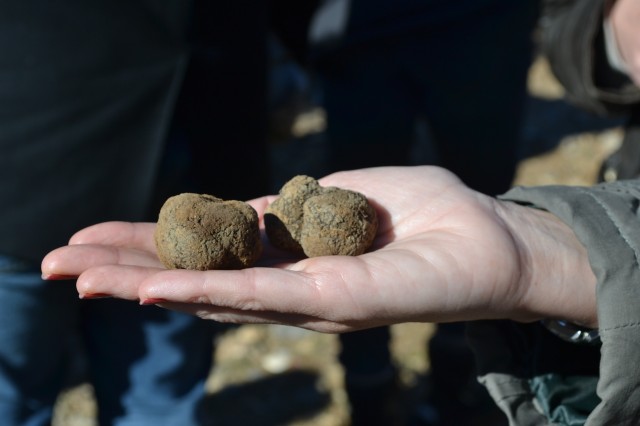 Walking through woods dotted with juniper, rosemary and rose hip, Theo upped his game, sniffing out two more truffles of a similar size. 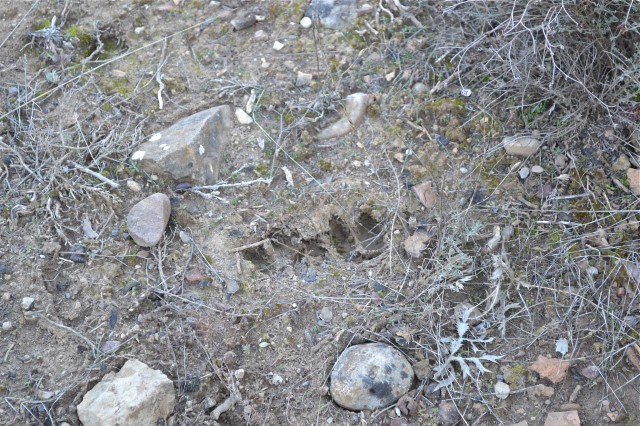 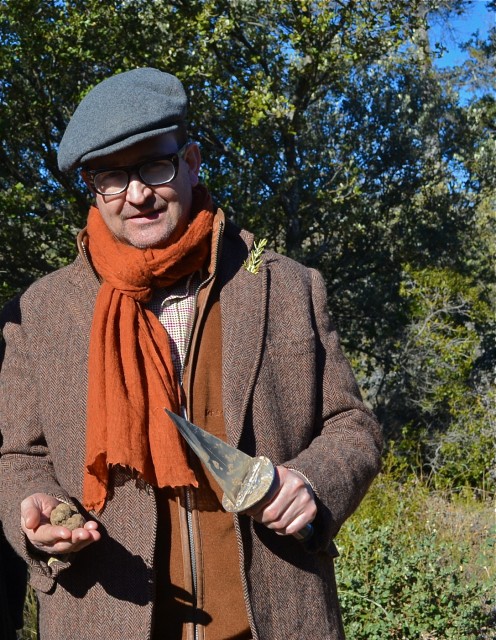 Dressed like a French farmer, Sam Clark poses with his truffle treasure, brandishing the puñal used to dig them up. 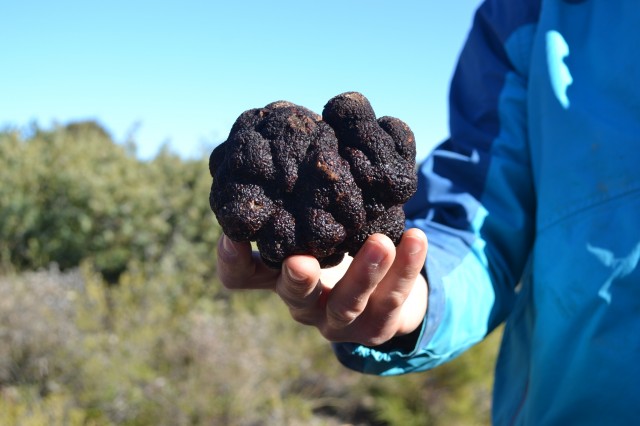 Here’s one I found earlier – Mario shows off a giant truffle he discovered on a previous hunt. Only black truffles, or “tuber melanosporum” to give them their official name, can be found growing underground in Somontano. 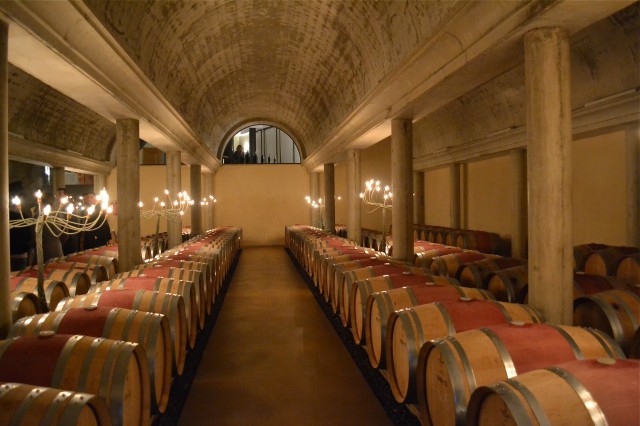 Having worked up an appetite, post hunt our crew headed to Blecua, the jewel in Viñas Del Vero’s crown, where we spent a contemplative few minutes in its cathedral-like barrel room.

With truffles the theme of the day, we enjoyed a ten course feast cooked up by Carmelo Bosque, head chef of Lillas Pastia in nearby Huesca, named after the innkeeper in Bizet’s opera Carmen. Among the many colourful canapés were chicken broth served in a truffle-lined wine glass and chicken liver purée covered in truffle shavings. 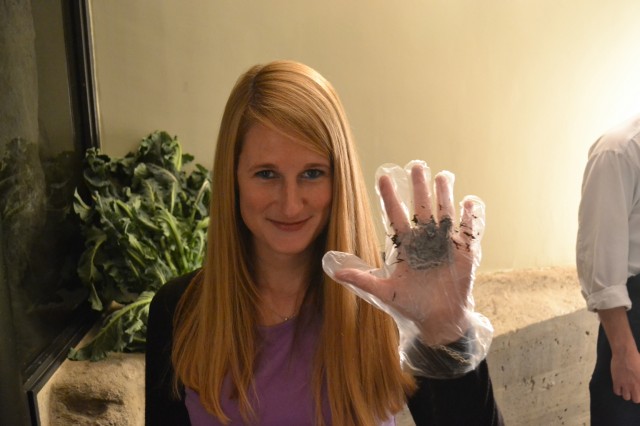 Perhaps the craziest canapé I’ve ever eaten was Bosque’s final flourish, which involved donning a plastic glove, having my hand filled with truffle foam and being told to open wide. As messy as it sounds, it tasted delicious. 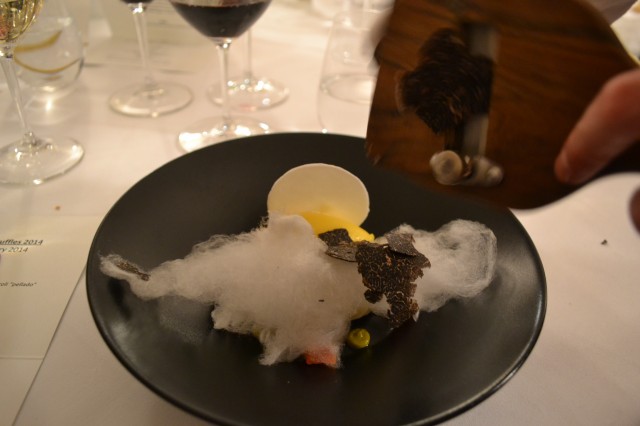 No course was exempt from the truffle treatment, with even dessert – a crazy concoction of candy floss and citrus sorbet, given a shaving. 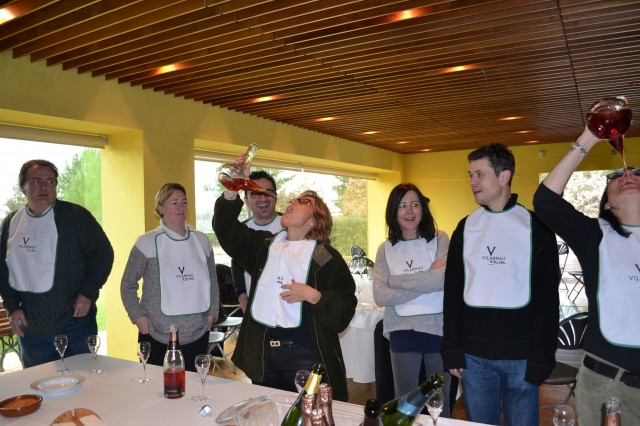 The next day, the Gonzalez Byass team took us to Cava country to visit Vilarnau, where we were enlightened in the ways of the calçotada – a Catalan tradition involving the munching of spring onions drenched in romesco sauce and washed down with lashings of Cava poured from a height, a prospect food and wine writer Bill Knott (far left) seems less than delighted by. 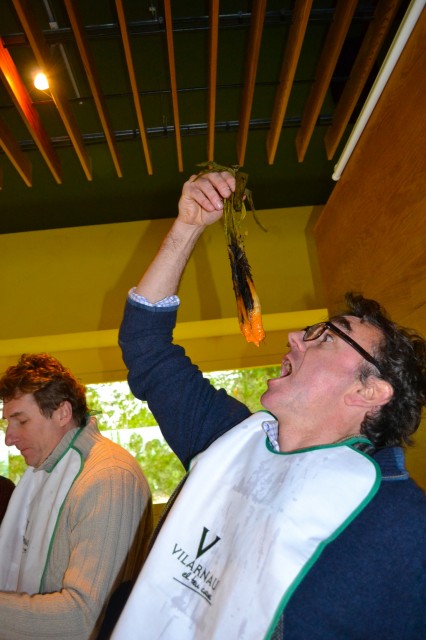 Tom Bruce-Gardyne of our sister title, The Spirits Business, gets down and dirty during the calçotada, where our bibs came in incredibly handy. 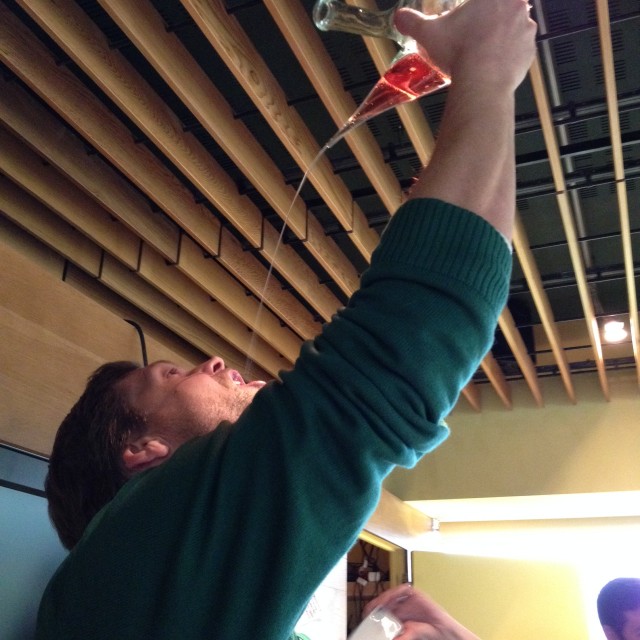 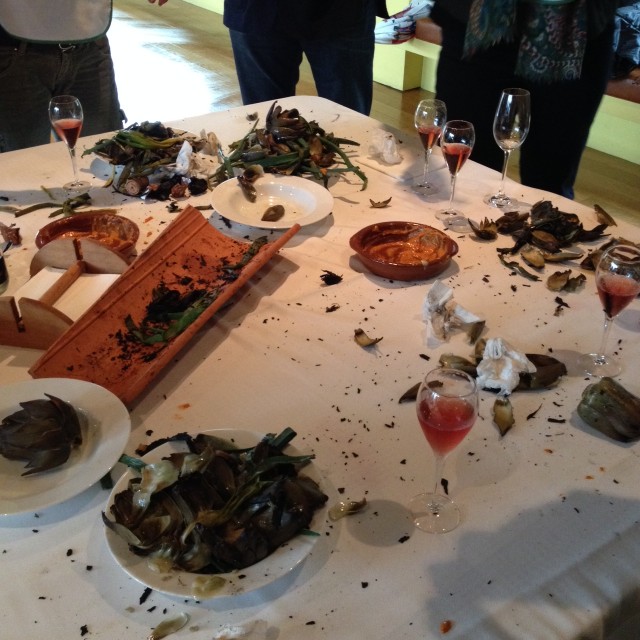