Southern Italy’s answer to Barolo is producing quality wines which have so far been overlooked, but new legislation could change that. By Conal Gregory MW 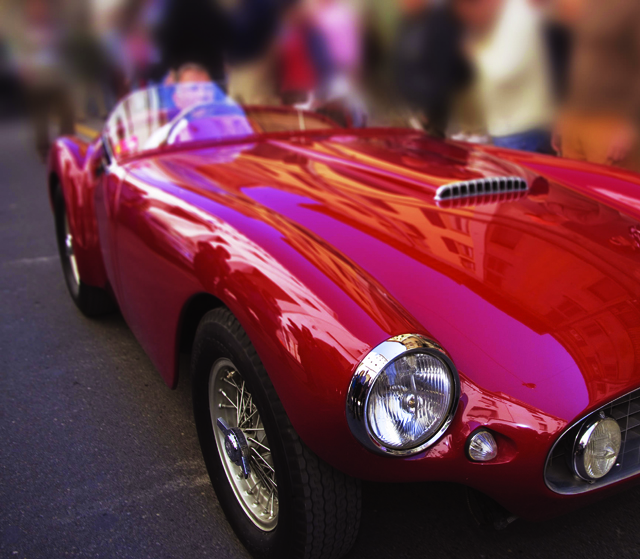 BASILICATA IS one of Italy’s poorest provinces. Dependent largely on cereals and limited tourism, it has lost much of its population since 1945 through mass emigration. Yet it is home to the last grape to be picked in Italy, yielding a stunningly rich, complex red whose potential is yet to be appreciated.

The province lies north of Sicily and for much of its life has been a colony of Puglia. Even today, it depends on Puglia for its international air links through Bari and Brindisi. It enjoys a cool upland climate but a celebrated geology in the northwest which contributes so much to its wine.

On the slopes of an extinct volcano, the Vulture, vines are cultivated in thin topsoils. Vulture lies 56km north of the main city, Potenza, to a 1,326m height. Its explosive phase ended 40,000 years ago, leaving a land good for vines, olives and mineral waters.

Although seven mountain peaks remain, most vines around Vulture are cultivated at 450-700m above sea level. By comparison, many other quality regions are far lower: Bordeaux 50m, southern Rhone 174m, Napa 248m, Burgundy 260m and Tuscany 320m. This higher altitude, combined with northeasterly winds, ensures an even maturation period during the hot summers.

LOCAL PRODUCE
The landscape is unusual in southern Italy with its beech and chestnut trees and lakes within the former volcano. Historically, it has attracted attention for its important Greek settlements such as Metaponto on the coast, later Roman occupation, stunning early Christian cave churches dating to 9th century around Matera and Frederick II of Swabia’s 13th century castles.

In wine, one grape stands out: the darkskinned, early budding Aglianico. Originally thought to be Greek – acorruption of “Ellenico”, Italian for Hellenic – but later DNA research can find no Greek connection, according to Prof Attilo Scienza of Milan University.

Today Aglianico is grown across southern Italy but predominantly in Basilicata. Trained low, it has such a slow ripening season that it can be picked as late as November, making it the last grape in the Italian harvest. It can yield wines with raspberry-red hue, aromas of chocolate and plum and a palate that combines almond paste, grainy tannins and rich fruits. Some display high acidity (notably Paternoster from Barile with its Rotondo brand), distinct cherries (Cantine del Notaio and Eubea, both from Rionero in Vulture) and spicy fruitcake (Lucania’s Grifalco from Venosa).

Density is around 9,000 vines per hectare, which means low yields of typically no more than four tons/ha (1.6 tons/acre in very productive years). This equates to 0.5 kilos per vine. The new wine legislation, introduced in August 2010, is now coming on stream and likely to lead to intense confusion. In place of DOC alone (which had applied since May 1971), Aglianico del Vulture producers can in future opt for either DOC or DOCG on the label.

She says the authorities frequently do not listen, refusing to stop the over-acidic 2005 and 2010 being sold as Aglianico del Vulture, rather than the catch-all regional term of Basilicata IGT. Oronzo Alo at Alovini, who exports 60% of his production, says the new legislation is “obsolete by 20 years. Too much time in wood for today’s taste”.

Against such problems, it may be surprising that newcomers are entering. Fabrizio and Cecilia Piccin sold up in Tuscany in 2003 for the potential they saw in Basilicata, already creating star wines with organic grapes but to date refusing to put the certification mark as a high percentage of production rather than a fixed fee was demanded.

SOUTHERN STYLE
Basceglia set up in 2011, Maschito a year earlier (noted for using Austrian and French oak) and LeLuSi very recently in Barile. Terre dei Re was established in 2000 and now has 20 hectares. Its state-of the-art winery between Rionero in Vulture and the Monticchio lakes is mostly subterranean, built 25m below ground. It uses underground grottoes, dug into the volcanic rock, which supplies an ideal ambience for cool wine development. Night harvesting is used on 3ha for its Nocte label and, after pressing, the juice is cold macerated.

Cantine del Notaio is experimenting with 40 varieties which were grown historically in the region and collaborating with Luigi Moio of Naples University on Aglianico’s potential. Aside from this winery’s rich reds, it makes a stylish Metodo Classico sparkling from Aglianico which has 13 months in bottle. This has helped to broaden the region’s range.

One of Italy’s largest wine companies, GIV, has set up “Re Manfredi” winery and uses the Swabian black eagle as its symbol for the Serpara label. It has the sales power to give the region a major drive. Aglianico is also cultivated around Basilicata’s second city, Matera, but usually blended with Sangiovese and Primitivo. Whites from Greco, Malvasia and other varieties are used by such firms as Dragone, established in 1882.

There are two IGT designations (Basilicata and Grottino di Roccanova), essentially for whites and sparkling but can cover such categories as red Novello and – for the latter – a passito. Again, the legislators have introduced confusion by taking the same name – Grottino di Roccanova – for both the DOC and IGT.

Whilst other regions of Italy have long ago received the DOCG category, Aglianico has lacked both the political muscle of its northerly counterparts in Piedmont and Tuscany and the marketing demand from the trade. The new law will certainly bring Basilicata to greater prominence. Whether it will stimulate demand or bring confusion, the jury is out.

Places where Aglianico is grown