While often associated with old men in red trousers, the wine trade is fizzing with young talent.

So much so that we felt compelled to celebrate this fact by rounding up (in alphabetical order) 30 of the brightest winemakers under the age of 40 currently making waves around the world, from Argentina to New Zealand. As you might expect, the lion’s share of the list are currently crafting wines in the New World, with the US, Australia, South Africa and New Zealand all well represented. France, unsurprisingly, dominates the Old World entries in the list, with rising stars in Champagne, Bordeaux, Burgundy, the Rhône and Beaujolais all receiving hat tips, though bright young things in Spain, Italy, Germany and the UK are also helping to shape winemaking trends and push the envelope in their respective countries.

Affable husband and wife winemaking duo Chris and Suzaan Alheit work with traditional Cape varieties to make authentic Cape whites. They’re passionate about old vines, preferring to let the terroir talk by keeping cellar work simple. Having worked harvests together in California’s Napa Valley, St Emilion, the Clare Valley and the Mosel, the jet set pair made a base at Alheit Vineyards high on the Hemel-and-Aarde Ridge in Walker Bay.

Their highly rated debut, Cartology 2011, is intended to be a picture of the Cape as seen through the lens of its mature vineyards. Composed of rare parcels of mature bush vines from Perdeberg, Kasteelberg and Franschhoek, the Chenin Blanc/Semillon blend is naturally fermented and aged in old French oak barrels. 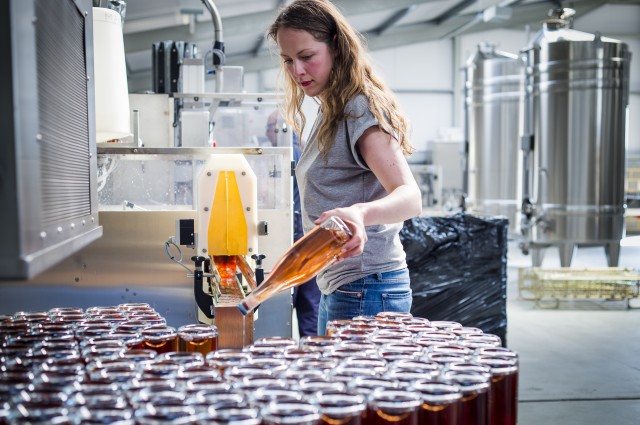 Bringing bags of enthusiasm to the English wine scene is Manchester-born Victoria Ash, who joined Hush Heath Estate in Kent as a winemaker in 2010. Ash cut her teeth at Sacred Hill in New Zealand, which led to a stint at Oddbins and a diploma from Plumpton College. Returning to New Zealand, this time to Mission Estate, Ash was soon snapped up by Ridgeview back home and offered the role of assistant winemaker.

While envisaging laying down roots in warmer climes, Ash aims to make the finest sparkling rosé England has to offer, alongside small production cuvées, single vineyard wines and estate produced ciders. “The English wine industry is so exciting; I wouldn’t want to be making wine anywhere else,” she says. 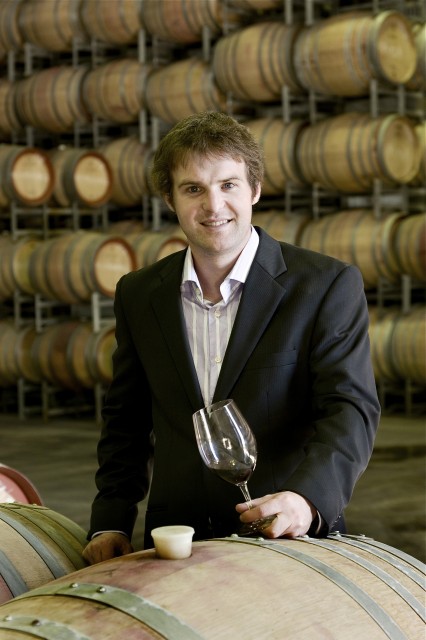 A third generation winemaker at Jim Barry Wines, Tom was named Young Winemaker of the Year at the Gourmet Traveller Wine Awards in Sydney last September. Barry graduated from the University of Adelaide with the same degree in oenology both his grandfather and father attained before him. He spread his wings via stints at Yalumba, Shaw + Smith and Dr Loosen in the Mosel Valley, before returning home to the family business as a winemaker.

“I used the time in Germany and Austria to learn as much about Riesling as I could. It’s still underrated in Australia. We have some of the world’s greatest Riesling vineyards in the Claire Valley, and I envisage a huge world demand for these clean, pure, bone-dry styles,” he predicts. 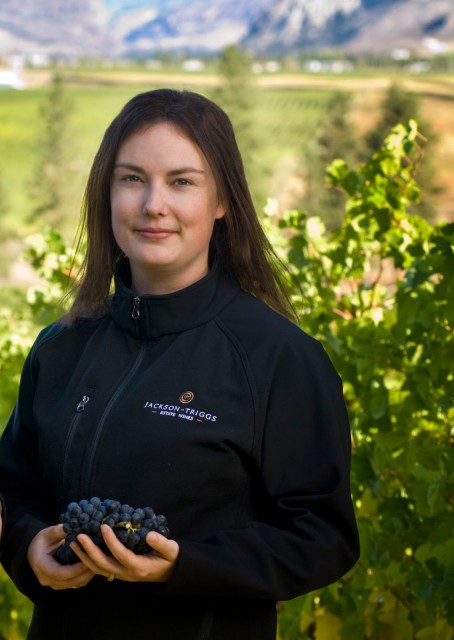 Born in South Australia, Brooke Blair currently looks after all red wine production at Jackson-Triggs’ Okanagan estate. Her responsibilities include evaluating quality through batch tasting, preparing blends for bottling and working with growers to monitor the harvest. Her vineyard manager father ignited Blair’s passion for wine, leading her to study oenology at the University of Adelaide.

After a three-year stint at Hollick Wines in Coonawarra as assistant winemaker, Blair travelled to Spain to work at Bodega Mustiguillo in Utiel Requena before settling in Canada under the tutelage of Bruce Nicholson and being promoted to red winemaker in 2007. “Winemaking is an important balance between science and art,” she says. “By combining the two, I aim to make the finest quality wine possible.” 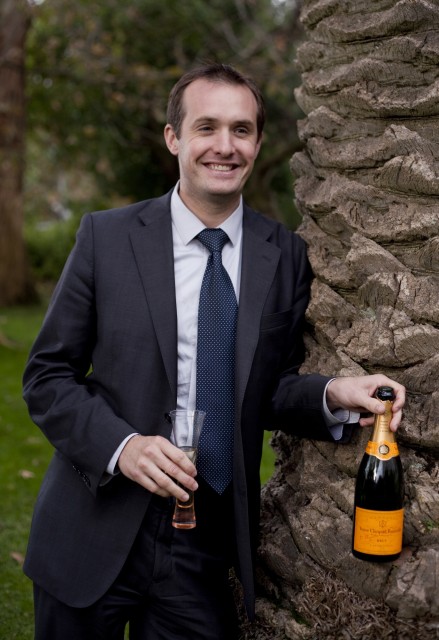 Born in the Pyrenees, Casenave could have quite easily become a doctor rather than a winemaker, studying pharmacy for six yeas at the University of Bordeaux. During a stint studying chemistry in Pamplona, Casenave had a lightbulb moment and realised his calling in life was wine rather than medicine, leading to a degree in oenology from the University of Montpellier.

Cutting his winemaking teeth in St Emilion, Pomerol and Stellenbosch in South Africa, Casenave joined LVMH-owned Champagne house Veuve Clicquot as winemaker in 2008 under the stewardship of Cyril Brun and chef de caves Dominique Demarville. Taking an active role in the creation of blends across all wines in the Veuve stable, Casenave is particularly focused on producing Chardonnay from sites located in Vertus. 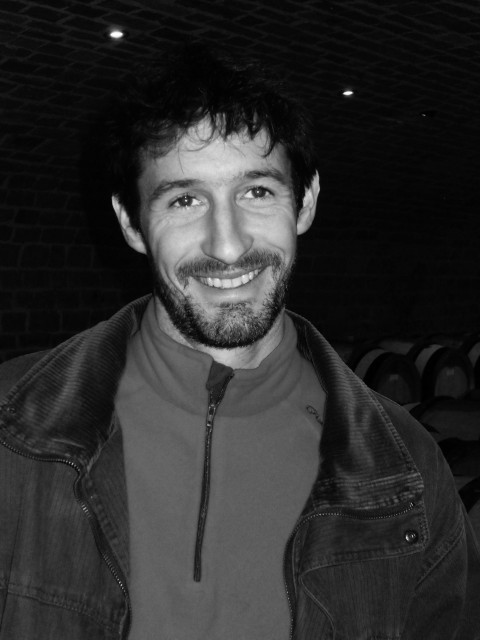 Last August, Sebastian Cathiard took over from his father Sylvain as director of Domaine Sylvain Cathiard, which spans five-and-a-half hectares of vineyards in Vosne-Romanée, Nuits-St-Georges and Chambolle-Musigny, including tiny holdings in Clos Vougueot and Romanée- St-Vivant.

Having studied oenology in Beaune, which involved stints at Domaine de Chantemerle in Chablis and Château Smith-Haut Lafitte in Pessac-Léognan, after graduating, Cathiard jetted off to New Zealand for six month to work at Domaine Fromm in Marlborough. Working under his father’s wing since 2005, he took over winemaking duties at the estate with the 2011 vintage, making wines that offer, according to Jasper Morris MW, “exceptional energy and purity of fruit”. 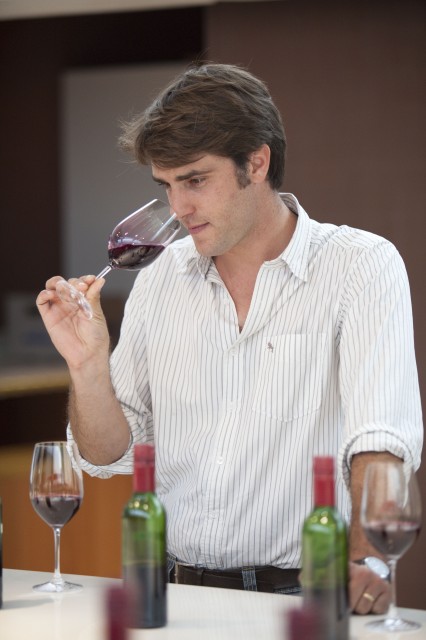 The handsome technical director of Château Cheval Blanc in St Emilion graduated from Caen University as an engineer in agronomy. Interning at Cheval Blanc in 2004, Clouet enjoyed the experience so much he returned two years later after securing an oenology degree from the University of Bordeaux.

Returning like the prodigal son, Clouet was made technical director of Château La Tour du Pin – a St Emilion Grand Cru Classé estate owned by Cheval Blanc – along with Château Quinault L’Enclos in Libourne, a recent acquisition of LVMH’s top dog, Bernard Arnault. Since 2008, Clouet has been technical director of Cheval Blanc where he oversees production in both the vineyard and cellar alongside Pierre Lurton. 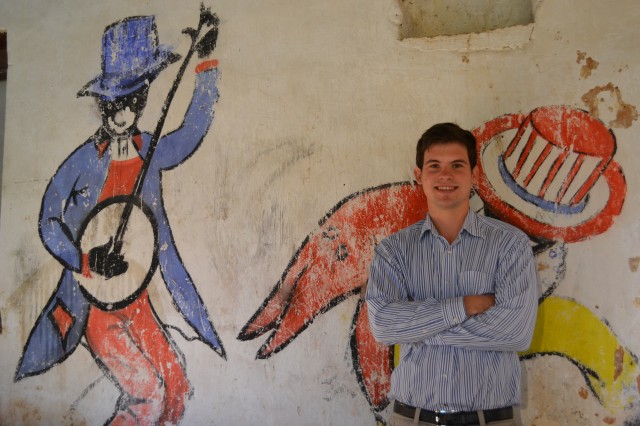 Fresh-faced Matthew Day has big shoes to fill, having been made winemaker at Klein Constantia in the Constantia Valley, makers of Napoleon’s favourite sweet wine, Vin de Constance. Day grew up in Johannesburg, but an interest in winemaking saw him relocate to the Cape to pursue his passion.

After graduating from Stellenbosch University with a degree in oenology, he flew the nest to work harvests at Château Bellefont Belcier in St Emilion, Elderton Estate in the Barossa Valley and Dancing Hares Estate in Napa, before returning home to work at Meerlust. Day joined Klein Constantia in 2008, becoming winemaker in 2010. Rather than take the wine in a radical direction, he aims to build on Vin de Constance’s reputation. 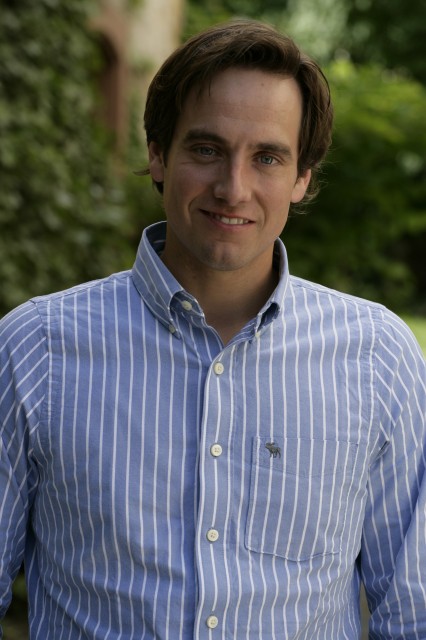 Rheinhessen revival, Jochen Dreissigacker (try saying that after a few Rieslings), is currently crafting some of Germany’s most exciting wines that display both purity of fruit and upfront aromatics. One of the rising stars of the German wine scene, Dreissigacker took over the running of his family estate in 2005.

Last year, he was voted one of the 100 most influential Germans under 40 by German GQ magazine and had his wines served by Angela Merkel to US President Barack Obama at a dinner hosted by the German Chancellor in Berlin last June. Dreissigacker abandoned his studies as a tax consultant to pursue his winemaking dream. At the estate, he favours minimum intervention, only using wild yeasts and stainless steel vats, having converted to organics in 2010. 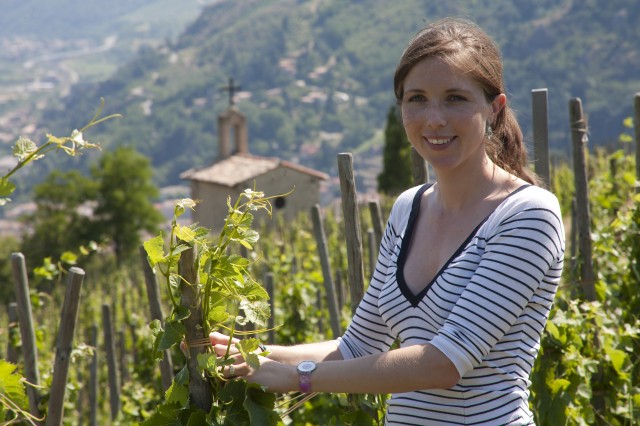 Taking the helm from her father Jean Jacques at her family’s 80-hectare Haut- Médoc third growth Château La Lagune in 2004, under Frey’s stewardship the wines have undergone a renaissance, leading US wine critic Robert Parker to gush: “Today, La Lagune is producing wines that are better than anything made during the estate’s glory days in the seventies and eighties.” Having graduated from the University of Bordeaux with a degree in oenology, before joining the family business, Frey studied under Denis Dubourdieu for two years at his Graves property, Floridene.

During her tenure, Frey, who manages a team of 30, has overseen the rebuilding of the winery at La Lagune and made strides in implementing elements of organic and biodynamic viticulture. In addition to her numerous duties at La Lagune, Frey is also a winemaker at the 110-hectare Domaines Paul Jaboulet Ainé in the Rhône Valley.