The Romagna offers a distinct version of Sangiovese that has been unfairly judged in the past and deserves to be reconsidered, wine writer Walter Speller has argued. 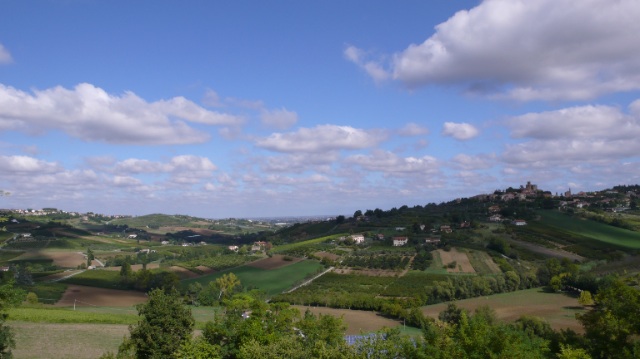 Speaking to the drinks business at a tasting of the Convito di Romagna in London, Speller said that Sangiovese from the Italian region has been unfairly judged, poor examples being signalled as a sign of the grape’s failings rather than where it has been planted and treated.

By contrast, he reflected, it seemed that wherever Pinot Noir was planted, it as a grape, could do no wrong.

However, he continued: “The cliché has always been it is a lower quality wine,” but, “wines can be tart and harsh if they’re not being taken care of. If you don’t plant Sangiovese in the right place it will never ripen.”

The Convito di Romagna, a group of eight producers across the region, have recently formed to promote a better image of the grape.

As Speller explained, “current DOC requirements are not conducive to quality – though few in Italy are.”

The Convito therefore has opted to pioneer a new, stricter set of regulations which require producers to use local clones of Sangiovese, increase planting density to 4,000 plants per hectare, to only use grapes from hillside vineyards and ensure that their Riserva wines are 100% Sangiovese rather than the 85% currently asked for.

The ultimate aim is to further differentiate regional sub-zones and bring in more producers to raise the overall quality level of the area.

The work of the Convito has meant that, from 2010 onwards, sub-zones for Marzeno, Brisighella, Modigliana, Torre di Oriolo and Bertinoro are allowed to be printed on their labels.

The movement has parallels with producers in Tuscany, where Berry Bros & Rudd’s Italian buyer, David Berry Green, has been calling for producers to have more confidence in the quality of their clones and produce 100% Sangiovese wines from individual villages.

Speller continued that the key to recognising the quality of Romagna Sangiovese was that it was (and is) “stylistically and clonally different to other parts of Italy.

“The Romagna is a neighbour to Tuscany but it is not central Italy.”

It had to be realised that Chianti was much warmer, which allowed for a riper style he said.

But just because the wines from Tuscany were so much better known and better regarded didn’t mean the Romagna was not a viable style, in fact to ignore it would be “strange” considering the grape’s history in the region dated back at least to the 14h century and was therefore as old as that of its neighbour.

He argued as well that there was a new focus to the winemaking on the part of the producers.

He thought that whereas the previous generation had rejected the traditional work of their fathers and brought in outside consultants, international varieties and modern techniques, the best of the current crop of producers were finding a “happy medium” between the modernity of their fathers and the use of traditional, indigenous grapes and old vine training methods used by their grandfathers.