Such is the depth of discounting on Champagne in UK and French supermarkets in the run up to Christmas, Nicolas Feuillatte commercial director Julie Campos believes certain producers must be selling below cost.

“There are a lot of inexplicably low prices from certain sources, with which we all have to live,” she told the drinks business yesterday during a discussion on the Champagne market in Europe.

Continuing she said, “I say inexplicable because the pricing doesn’t add up to the cost bearing in mind what a replacement bottle of Champagne would cost these days… it’s obvious there are offers around that are below cost.”

Although Campos declined to mention any names, Asda’s exclusive Pierre Darcys label, which is supplied by cooperative Union Vinicole des Coteaux de Bethon (UVCB), is currently on offer for £10 a bottle, making it the cheapest on the UK market following the Champagne’s near £15 price drop from its off-promotion price of £24.25.

Bearing in mind a kilo of grapes in Champagne cost €5.60 (£4.70) in 2012, and approximately 1.2 kilograms of grapes are needed for a bottle, while duty in the UK for sparkling wine is £2.56, and VAT is 20%, once you factor in the costs of packaging and production too, as well as retailer margins, it seems hard to believe £10 a bottle on the shelf is enough for all parts of the supply chain to make any profit.

Interestingly, during last year’s festive season, the Pierre Darcys label was also the cheapest Champagne in the UK and, as reported by db in January, Asda achieved a 25% increase in Champagne sales over December from an aggressive deal on its exclusive label.

Having slashed Pierre Darcys’s price from £23.98 to just below £10 a bottle, the supermarket reported sales of almost 250,000 bottles in a single week in the run up to New Year’s Eve.

Considering this year’s Christmas sales period, Asda is far from the only supermarket selling cheap Champagne, with Tesco selling its De Vallois label for £12.99, having cut its price from £25.99; Sainsbury’s is offering Ettienne Dumont for £15 (down from £26.99), while Morrisons is selling Louis Dubrince rosé for £14.98 – doubtless the cheapest pink Champagne in the UK market at present.

But it’s not just the UK – currently a flat market for off-trade Champagne sales – where the deals are compelling, with, for example, Carrefour in France selling the Charles de Courance rosé for €13.34 a bottle.

Campos also said that France would see “Champagne below €10 again this Christmas” referring to last year’s deals such as E Leclerc’s sub €10 offer on the Laurence D label, which was supplied by Nicolas Dubois of the now bankrupt Pressoirs de France.

Explaining the low prices in France specifically, she said, “You only have to look at the sales trends to see why [prices are so low at the moment] – France consumes around 180 million bottles and the market is down approximately 4%, which amounts to a lot of Champagne.”

Furthermore, she reminded db that Champagne producers must pay for grapes in three instalments at fixed times during the year, meaning, she said, “they are paying for grapes whether sales are good or bad, and grape prices are continuing to increase.”

Because grape prices have been rising faster than Champagne retail prices, Campos noted that the grapes alone now account for 42% of Champagne’s total production cost, and, she added, “it used to be 30% not very long ago”.

As a consequence, she suggested that the current deep discounts were connected to an immediate need to convert stock into cash to pay for the cost of producing Champagne. “I think the promotions are linked to economic problems in Champagne, rather than an attempt to buy market share,” she commented.

And while some houses have suggested emerging markets in Asia, South America and Africa may compensate for slowing sales in Western Europe, Campos said the role of such regions was “overstated”, pointing out that the total market for Champagne outside Europe was only 20%.

Furthermore, if one ignores North America, Champagne’s third largest market, then Africa, Asia and South America account for less than 10% of sales according to Campos.

“We need huge gains in those markets to compensate for even a small percentage loss in France,” she explained.

Although Campos added that she does have high hopes for Champagne sales growth in Africa, picking out five key markets – Nigeria, South Africa, Morocco, Gabon and the Congo – she said that Nicolas Feuillate would continue its focus on the UK and French market.

Campos was adamant that the brand would not attempt to match the very low prices being seen in Europe presently.

While admitting that “everyone is worried that their Christmas promotions are not going to function as well as hoped because there is so much inexpensive Champagne in the market,” she also stated, “We don’t want to be part of that trading down.”

“We don’t want to compete, we are building a brand,” she added, noting that Nicolas Feuillatte would focus on “adding value” with new gift boxes and range extensions.

In particular, she was pleased to report that the brand’s rosé, complete with a new gift box, has gained a listing in Tesco in time for Valentine’s Day (pictured above).

“All the major retailers are favourable to this type of solution,” she said of the UK’s multiples.

“We all feel trapped in an overly promoted market, and everyone would like to come back to more sensible pricing in Champagne, but in the middle of the current economic situation it’s difficult,” she remarked.

Meanwhile, db has compiled a selection of deals on Champagne in the UK at present, which can be viewed on the following pages. 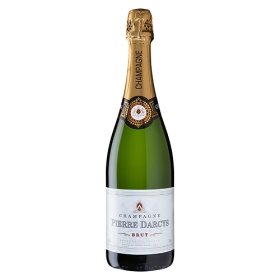 Pierre Darcys Champagne Brut NV is being sold for £10 in Asda having had almost £15 slashed from its headline price of £24.25. 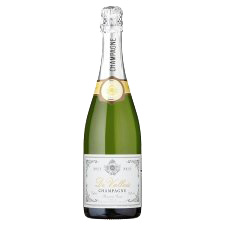 Until 3 December, you can buy De Vallois Champagne Brut NV at Tesco for £12.99 a bottle, down from £25.99. However, should customers buy six bottles of the Champagne on or before 1 December, they will receive a further 25% off the discounted price. 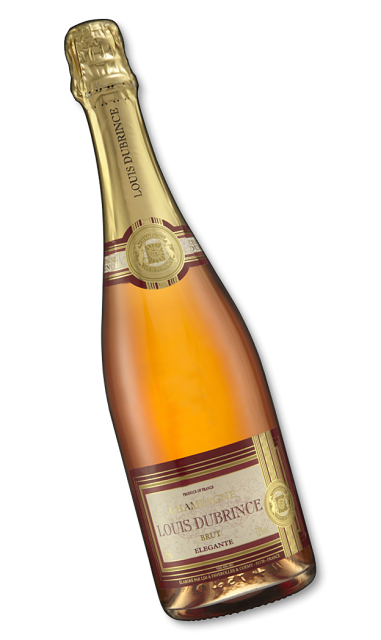 Morrisons must be offering the cheapest pink Champagne in the UK market with is Louis Dubrince Champagne rosé for £14.98 a bottle.

Sainsbury’s is currently offering an £11.99 saving on Ettienne Dumont Brut NV Champagne having cut its price from £26.99 to £15. However, there is a 36 bottle limit on any purchases.