A drought has forced the Tobermory Distillery on the Isle of Mull to halt production, as the island was named the driest place in the UK. 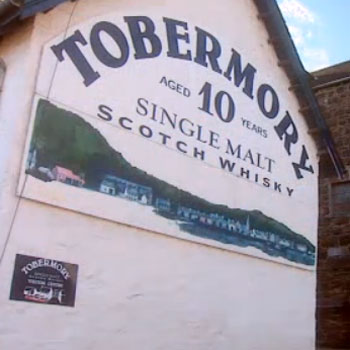 The Met Office revealed that Mull received only 1.8 inches of rain in March, the lowest anywhere in Britain, and Tobermory has now halted production, for only the second time in its history.

The distillery uses water from Lochan Gearabhain on the island, but water levels have now fallen so low that master blender Ian McMillan halted operations as he can no longer ensure quality.

McMillan told the Press and Journal: “Over the last three weeks we have seen the water level occasionally dip to such an extent that we have temporarily halted production in order to preserve the quality and consistency of our whisky.

“The purity of the water we use is critical to the quality of our whisky and we won’t take any risks in compromising quality, so have now decided to suspend production until a proper rainfall replenishes the loch to a satisfactory level.

“Tobermory single malt drinkers need not panic. When we had to stop production last year due to the driest summer for 30 years we simply increased production when it started raining again to make up the shortfall.”

The distillery, which produces 10 and 15-year old Tobermory and Ledaig single malts, is part of Burn Stewart Distillers which was recently sold to Distell for £160m.