Symington Family Estates has added its weight to the growing wave of 2011 vintage Port declarations. 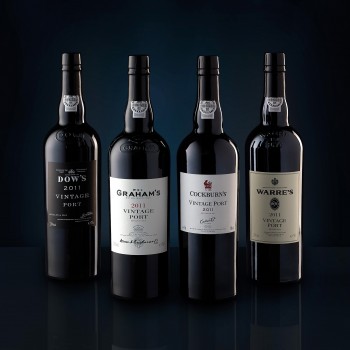 The company, which owns the Dow’s, Warre’s, Graham’s and Cockburn’s houses, has decided to declare across the board, thanks to the “exceptional quality” of the 2011 vintage Ports.

The decision follows a declaration at the end of last month by Sogrape for its Offley, Ferreira and Sandeman brands. The other major Port owner, The Fladgate Partnership, traditionally waits until St George’s Day on 23 April before confirming any declaration.

Highlighting the “decisive” role played by the weather in the quality of a Douro harvest, Symington Family Estates looked back as far as the “crucial” rain at the end of 2010 as it outlined the contributory factors leading to this declaration.

Despite a warm Spring, the company noted that dry conditions – just 25mm of rain from May to July, compared to the 97mm average – meant “the tannins were unripe as there was insufficient humidity in the soil to allow the grapes to fully mature.”

As noted by other producers at the time, rain arrived just in time on 21 August, returning again in early September, before dry conditions returned to allow grapes to concentrate again before the harvest.

Each of the Symington Vintage Ports were made in the region’s traditional open-topped lagares, with the company having recently invested in a number of small, specialist wineries in order to improve the quality of its tops wines.

The family also pointed to the additional benefits now coming through from its “substantial” vineyard investment of the 1980s, where plots of Touriga Nacional and Touriga Franca have now matured enough to offer an “invaluable” quality to accompany the older field blends planted earlier in the 20th century.

While hailing the quality of its vintage Ports, Symington noted the small proportion this style represents of each house’s total production. At Graham’s 8,000 cases of vintage Port have been made from a total output of 88,850 cases.

Summing up the style of its 2011 Vintage Ports, Symington highlighted “an exceptional depth of colour and concentration,” as well as “marked minerality from the schistous Douro soil.” The company also pointed to fruit supported by “well-structured and schist-edged tannins,” offering promising prospects for ageing.