Special edition Pimm’s for the summer

Diageo has announced the launch of the first special edition Pimm’s, “Blackberry and Elderflower”. 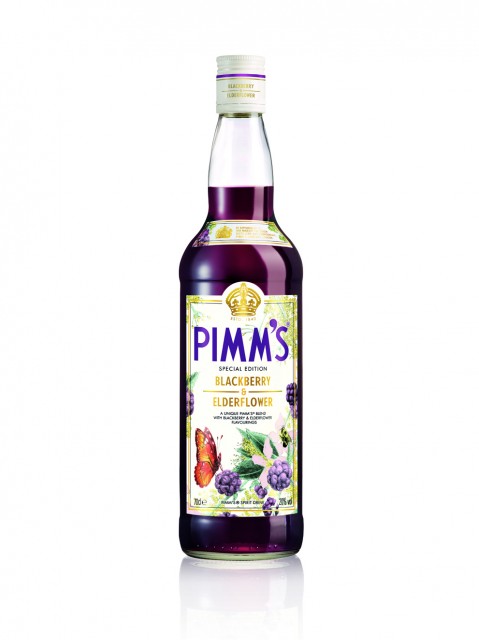 The new addition has been launched to: “drive incremental sales throughout the summer period and beyond.”

It is a mix of the Pimm’s No.6 Vodka Cup with blackberry and elderflower and will be available in 70cl and one litre formats in both the on- and off-trades from the end of April.

A premix with lemonade will also be available for the off-trade.

Pimm’s brand manager, Sarah Gilligan, said: “Pimm’s is the perfect sharing drink and is considered an integral part of the Great British summertime, which explains why it makes up 20% of the speciality drinks category.

“In a summer lacking in big national events, our delicious new Blackberry and Elderflower innovation provides the perfect opportunity for retailers to maximise their spirits sales and capitalise on the summer occasion. The launch also allows retailers to tap into the potential sales opportunities of the speciality drinks category, which traditionally grows its share of the spirits category during the summer.

“To give the new bottle extra standout, we have commissioned British designer Oliver McAinsh, to design a beautiful illustration for the label, which is inspired by a British summer hedgerow.”

The launch will be supported with a digital and print advertising campaign.