Wines of Argentina is preparing an international programme of events to celebrate the third edition of Malbec World Day on 17 April. 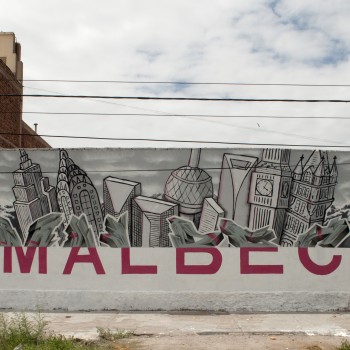 This year will see activities focus on New York, São Paolo, London, Shanghai and Mendoza. In a bid to position Malbec as an “artistic and cultural expression,” the organisers are drawing close parallels with street art, with famous graffiti artists taking over spaces in these cities to celebrate Argentina’s flagship grape variety.

Explaining the association, Alberto Arizu Jr, president of Wines of Argentina, outlined the initiative’s aim to establish “a parallelism between street art and the work of winemakers, who are, after all, the artists that take the elements of the terroir and fuse them together to communicate them to the world through their wines.”

The Malbec World Day events will also encapsulate Wines of Argentina’s major theme for its 2013 international marketing programme of the “Next Generation”, which aims to attract a new group of consumers to the country’s wines.

In total, 50 countries around the world will host around 70 events, ranging from wine tastings to tango performances. In London, Wines of Argentina is holding a “cambalache” on 18 April, which has already sold out.

The programme aims to help Argentina build on significant export growth last year, which saw the country’s wine exports reach an FOB value of US$41 million, with a 13.5% volume increase in “premium” wine exports.

The choice of 17 April for Malbec World Day looks back to that date in 1853, when a bill was submitted to the Argentina Government for the foundation of a school of agriculture, a key step in the early days of the country’s viticultural history.