The LIWF has launched a new online tool called MyWineFair, which will be available to visitors in advance of the fair and at the exhibition as part of a new central section called The Hub. 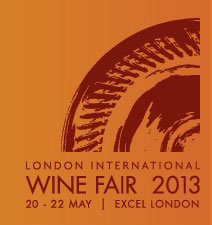 An evolution of “The List” which was launched in 2008, MyWineFair enables visitors to search an online database of wines on pour at the show arranged by criteria such as variety, price point or country.

Each channel will be given a colour coding, which will be reflected at the London International Wine Fair using bottle neck collars designed by Barlow Doherty.

The newly-branded service will also be available via a LIWF app, which will also allow visitors to find out other information about the fair, such as the timings of Industry Briefings.

For visitors unable to access the app or without the time to plan their visit in advance, there will also be a MyWineFair information centre in the middle of the show floor.

Dubbed “The Hub”, this will be hosted by wine specialists who can create bespoke printable itineraries incorporating specific wines, seminars, feature tastings, and masterclasses.

As well as MyWineFair, the central Hub will host four further activities:

• Speaker’s Corner: a programme of 30 minute “stand-up sessions” from industry personalities
• Themed Pop up Tastings
• IWSC Trophy Wines
• A section on the industry’s charity: the Benevolent.

Speaking to the drinks business about MyWineFair, show director Ross Carter commented: “We are market leaders when it comes to technology… the information service could in theory be year round – it is a very powerful tool.”

Looking back to 2012’s exhibition, Carter said, “As many as 7,700 wines were uploaded onto the list, and there were almost 30,000 searches during April and May alone.

“Last year, this service was only available online, so this year, with the app, the number of visitors using this tool should increase significantly.”

For those who have booked stands in 2013, Carter added, “We can publish a report on the most popular searches to share with the exhibitors – we can even go so far as to tell them which companies have searched for their wines.”

Meanwhile, he admitted that the stand area at this year’s LIWF will be reduced by 20%, and forecasted 25% fewer exhibitors when bookings are finalised.

“There are fewer UK agents this year, but those who have remained will get exceptional value as a result of being the key recipients of the visitor audience,” he said.