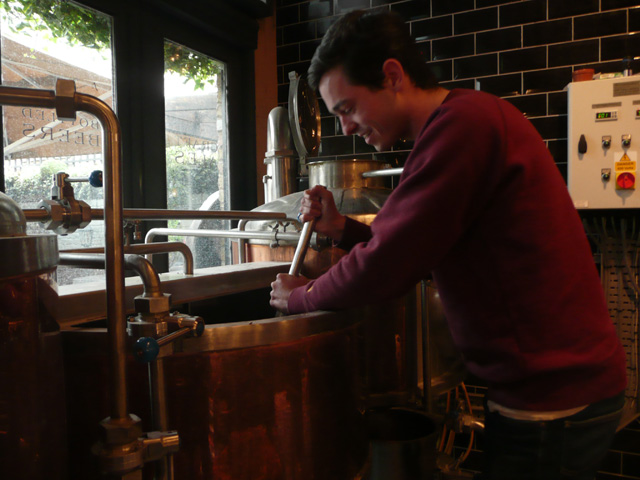 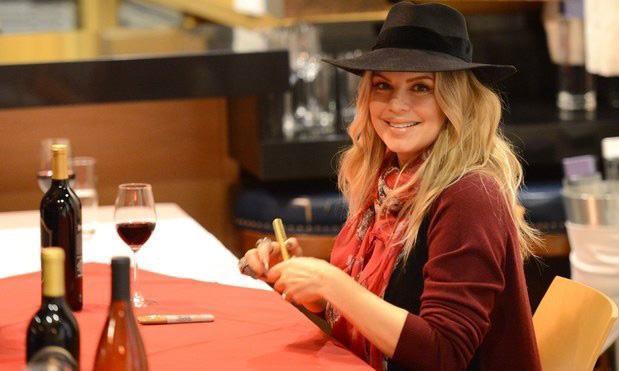 Employees from Kingsland & Legacy Wines will be trekking the Great Wall of China in April to help raise funds for Brain Tumour Research. Beginning on 19 April, the team will endure a gruelling five day expedition, trekking over seven hours a day and walking a total distance of over 50km whilst visiting some of the most remote parts of the Great Wall. To support their cause, click here. 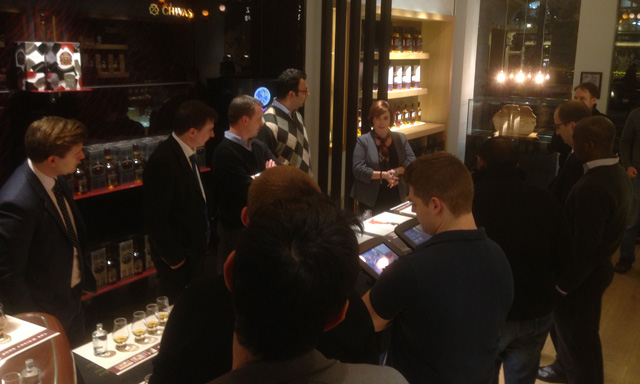 The global brand ambassador for Burn Stewart Distillers, Kirstie McCallum, leads attendees through a Bunnahabhain tasting at the Whisky Shop in Piccadilly. 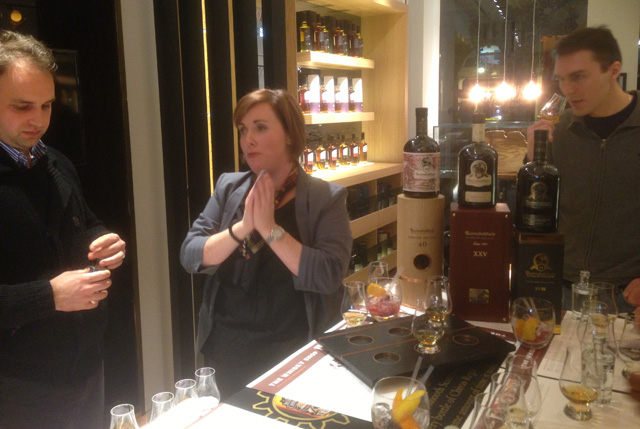 The Whisky Shop’s Bunnahabhain tasting featured the brand core range of 12-year-old, 18-year-old and 25-year-old single malts. Those at the tasting were also treated to a tasting of the rare Bunnahabhain 40-year-old. 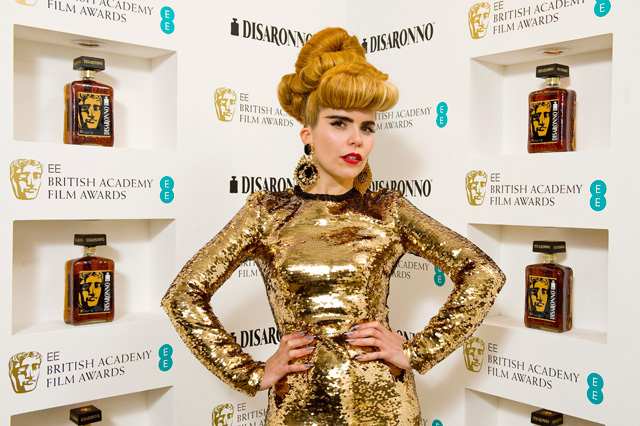 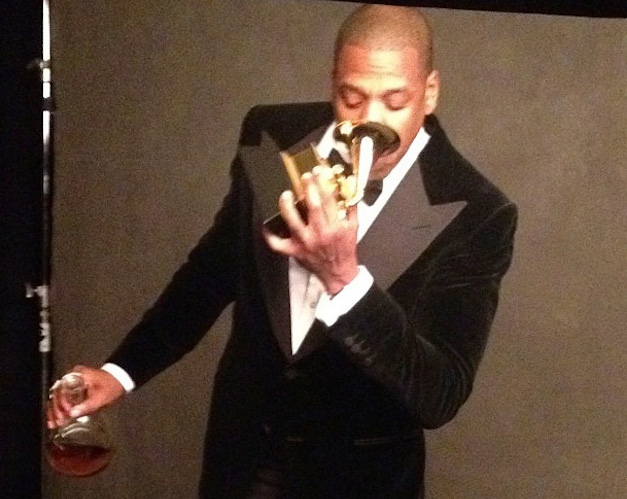 The 2013 Grammys took place at the Staples Centre in Los Angeles this week and rap star Jay-Z picked up three awards on the night. After the ceremony he went onto Instagram to post this picture of himself drinking Cognac from one of his awards. 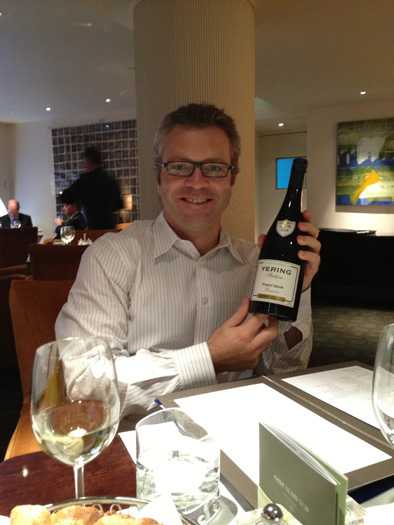 db popped into One Aldwych earlier this week for lunch with Darren Rathbone, chief executive of the Rathbone Wine Group – owners of the Yering Station, Mount Langhi and Xanadu brands, who poured us the latest vintage of Yering Station Reserve Pinot Noir 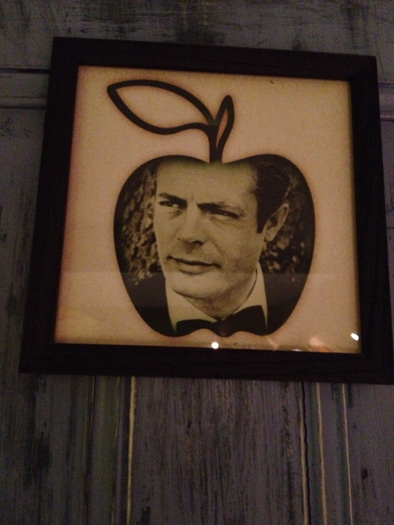 We couldn’t help but snap this portrait of Italian actor Marcello Mastroianni, best known for his roles in Fellini’s La Dolce Vita and 8 1/2, gracing the men’s loo at Soho restaurant Mele e Pere. 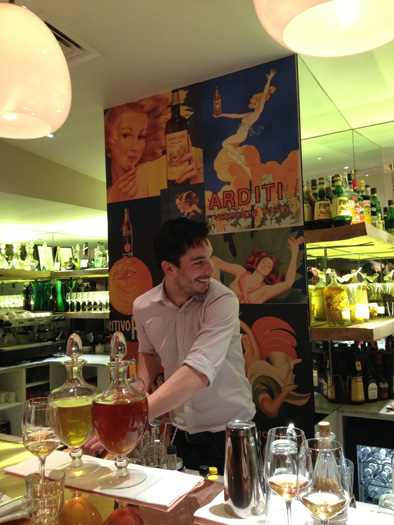 Our visit to Mele e Pere coincided with a vermouth masterclass hosted by head sommelier Ed Scothern, who makes both white and red vermouth on site. 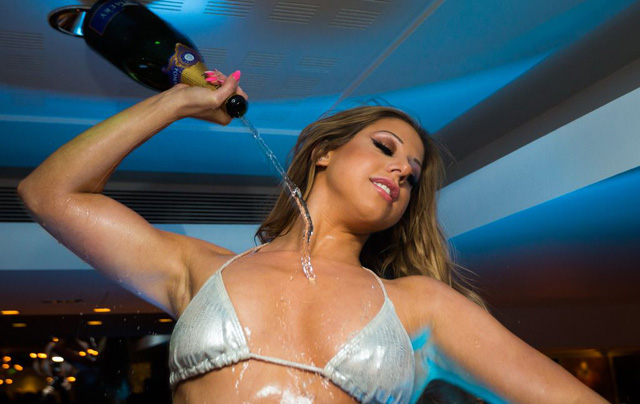 Things took a turn for the provocative at the launch of London’s latest Champagne bar, Voltaire in Blackfriars 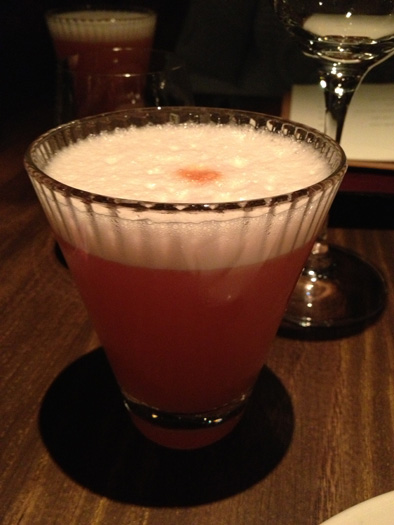 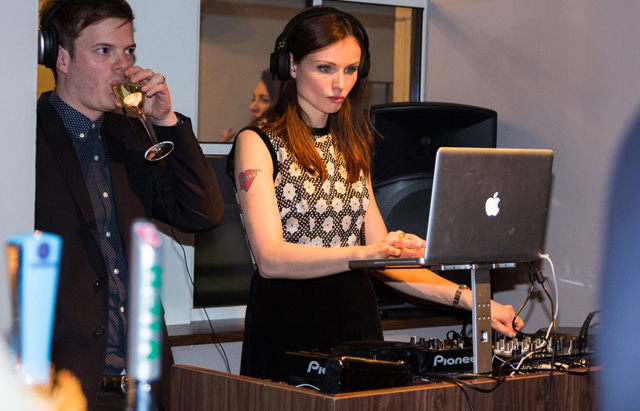 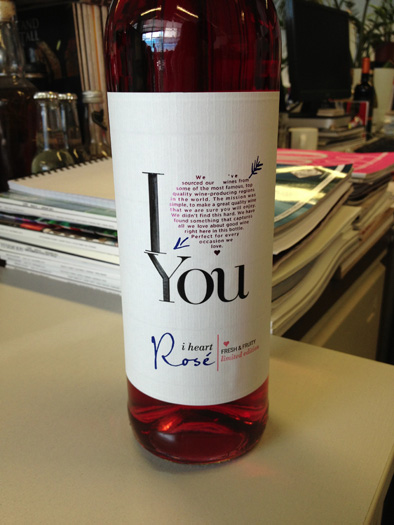 Valentine’s Day fever gripped the db office yesterday, with deliveries including bunches of white roses, bottles of vintage fizz, and this romantic rosé… 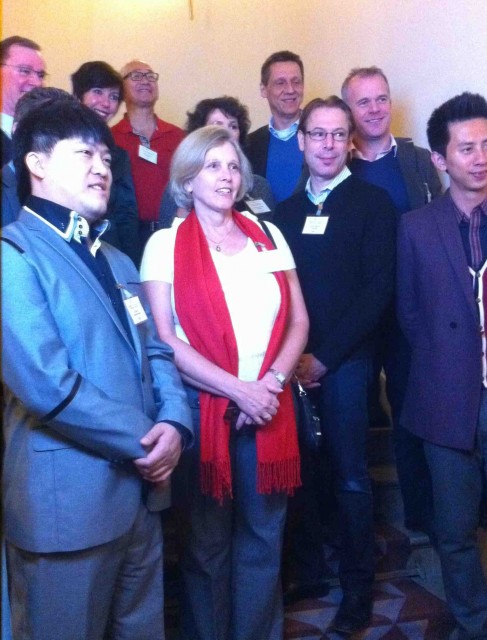 An international jury gathers ahead of the fourth annual Vin de France competition in Paris on Tuesday this week. 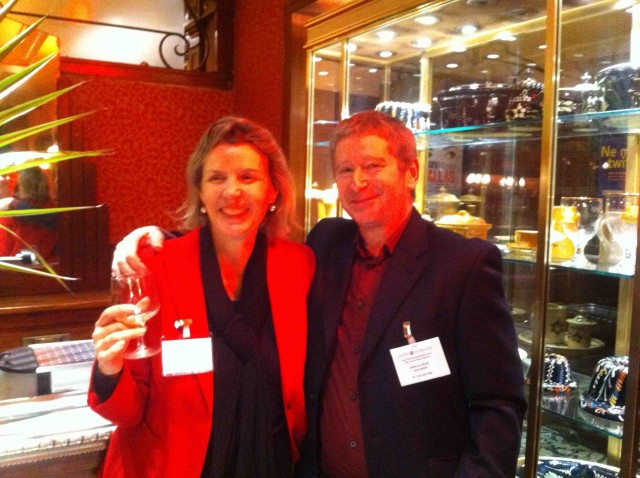 Valérie Pajotin, director of ANIVIN de France – and organiser of the competition – poses with UK wine writer Anthony Rose, chair of the judges for the Vin de France selection. 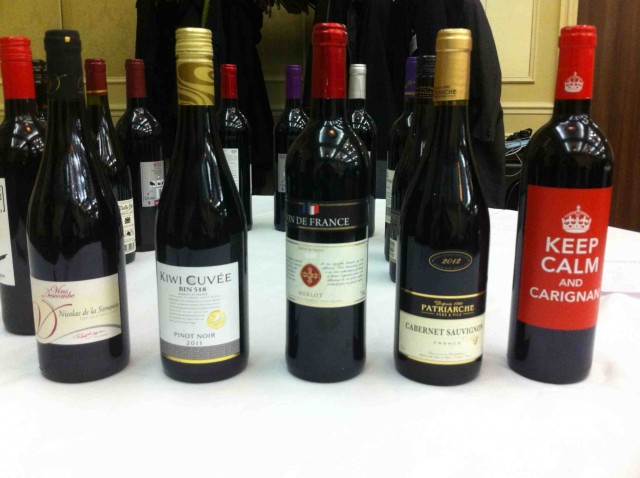 A selection of some of the silver medal winners. 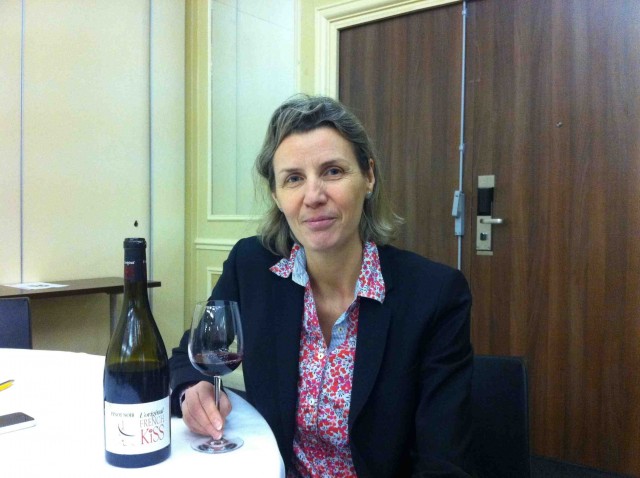 Vin de France competition organiser Valérie Pajotin relaxes with a glass of a gold medal-winning French Kiss Pinot Noir having analysed the results for 2013. A full list of medalists will feature on db‘s website in the next few days. 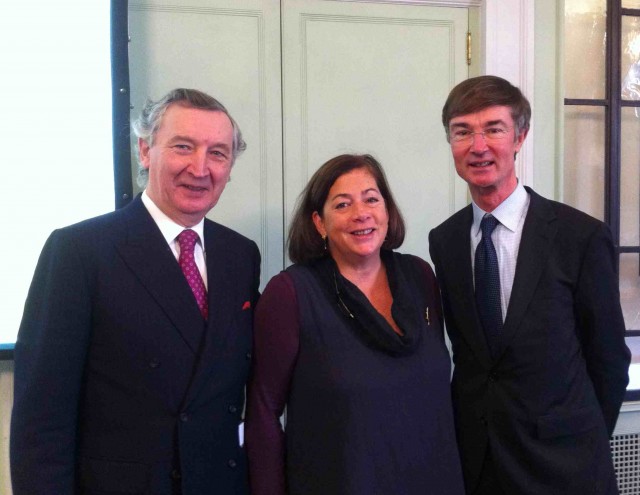 From left to right: Le Pin’s Jacques Thienpont with his wife Fiona Morrison MW, and his cousin Alexandre Thienpont, director of Vieux Château Certan, stand for the cameras after a London-based tasting of the latter estate’s wines. 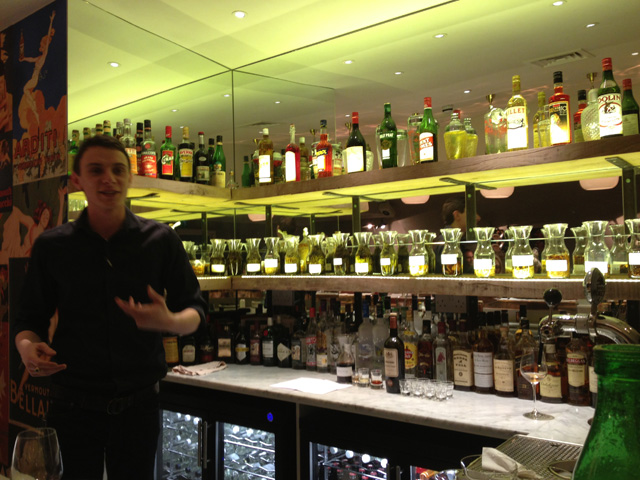 Mele e Pere’s head sommelier Ed Scothern shows off his wide array of botanicals during a vermouth masterclass at the Italian restaurant in Soho. 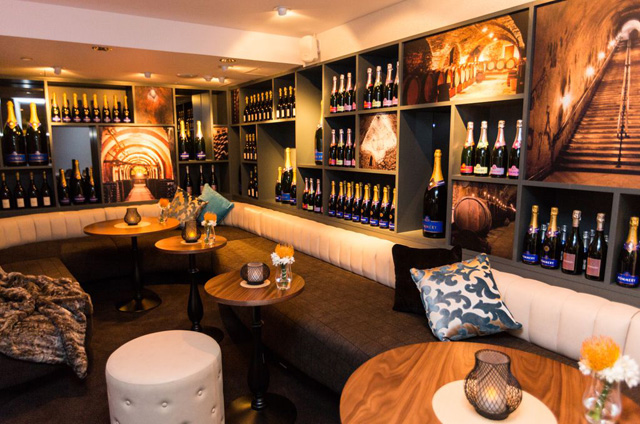 This week saw the launch of Champagne bar Voltarie, which boasts the largest collection of Pommery in the capital, including a bespoke POP bottling 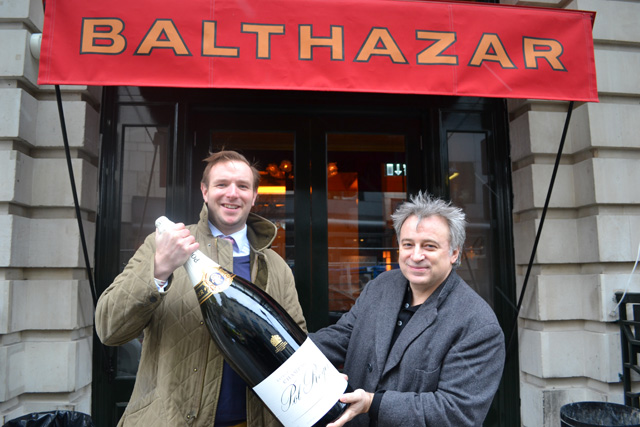 Pol Roger’s Paul Graham presents Balthazar owner Keith McNally with a very appropriate Balthazar format, which will adorn the bar of this New York restaurant institution when it opens a London branch on 18 February.